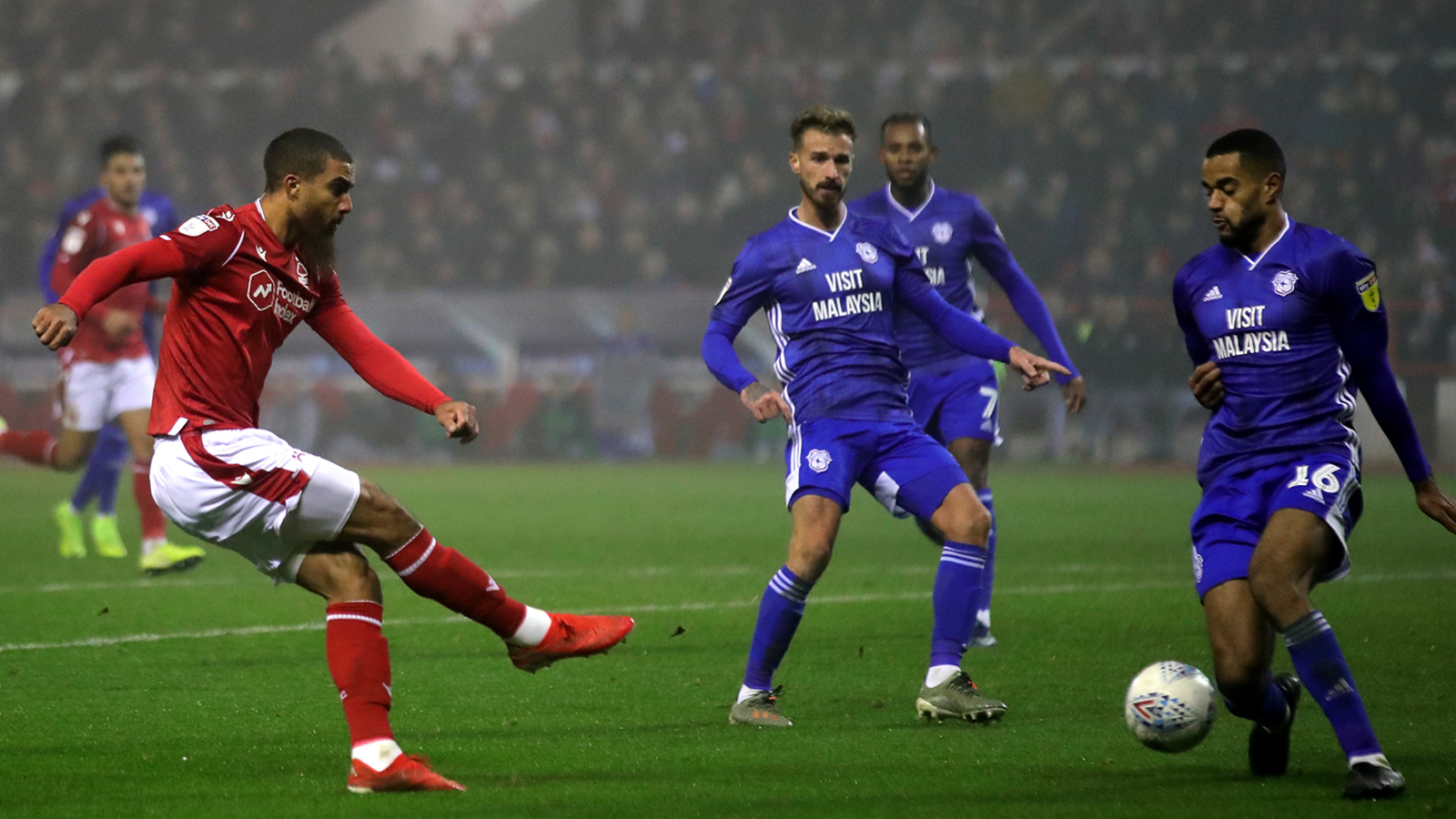 The Bluebirds continue their Sky Bet Championship campaign on Tuesday evening as they host Nottingham Forest at CCS - kick-off at 7:45pm.

Tuesday's opposition will arrive in South Wales in fifth place on the Sky Bet Championship league table, and with 56 points taken from their current campaign are currently level with both Brentford and Preston North End.

Having won one match from their last five outings, Forest have had recent run-ins with both West Bromwich Albion and Leeds United, taking a total of four points from the current top two in the division.

Hosting Leeds United at the City Ground on February 8th, Sammy Ameobi opened the scoring for Forest with half an hour played, as the winger sent 'keeper Kiko Casilla the wrong way with his effort, which flew in at the near post from a tight angle.

Despite the visitors taking possession for a majority of the match, controlling the ball for 70% of the encounter, the Whites managed only one shot on target compared the Forest's six.

Holding steady throughout the fixture as they went about gaining a clean sheet against the Sky Bet Championship title contenders, the hosts doubled their lead with a swift counterattack in the 94th minute, as Joe Lolley presented Tyler Walker with the chance for a tap in, securing the three points for the side.

Another late goal earned a point for Nottingham Forest in their meeting with West Bromwich Albion at the Hawthorns on February 15th. Having gone a goal down to the Baggies in the 37th minute through Kyle Robinson's curling effort to break the deadlock, the visiting side equalised in the 45th minute thanks to an own-goal from Kyle Bartley.

Conceding an own-goal in the second half by Tobias Figueiredo, Forest once again scored in injury time, as Matty Cash struck home for his third goal of the season, securing a vital away point late on against the promotion contenders.

Lamouchi enjoyed a professional career lasting nearly two decades, playing for clubs across Europe including Monaco, Parma and Auxerre, winning honours with each of the clubs, including both Division 1 and the Coupe de France in the 1995/96 season with the latter side.

Retiring as a player in 2009, the former midfielder took up a career coaching, and three years later had his first full managerial role as he took charge of Ivory Coast's national team. Reaching the 2014 FIFA World Cup with the side, the African nation defeated Japan in their opening match, before then losing against Colombia and Greece, leaving the tournament in the group stage.

Following a three-year spell at Qatari club El Jaish, Lamouchi moved to Rennes, managing for a year before leaving the Ligue 1 club.

Having scored 16 goals so far in the 2019/20 Sky Bet Championship campaign, Lewis Grabban is certainly Nottingham Forest's main threat in attack this season. The 32-year-old forward joined the club in 2018 following a two-year spell with AFC Bournemouth, and went on to score 16 goals in his first season playing at the City Ground.

Born in Croydon, Grabban began his footballing career in Crystal Palace's academy stup, later advancing to playing senior football for the Eagles. With ten appearances under his belt, he later moved to play for Millwall, where between 2008-2011 he made 56 league appearances for the Lions, scoring nine times.

With AFC Bournemouth and Norwich City the forward has enjoyed promotions to the Championship and Premier League, respectively, and featured in the 2015 Championship Play-Off Final against Middlesbrough as a substitute for former Bluebird Cameron Jerome.

Following a run of good form across different loan spells to Championship clubs including Reading and Aston Villa, Grabban left the Cherries for Forest in July 2018, where he has since made 72 league appearances for the club.