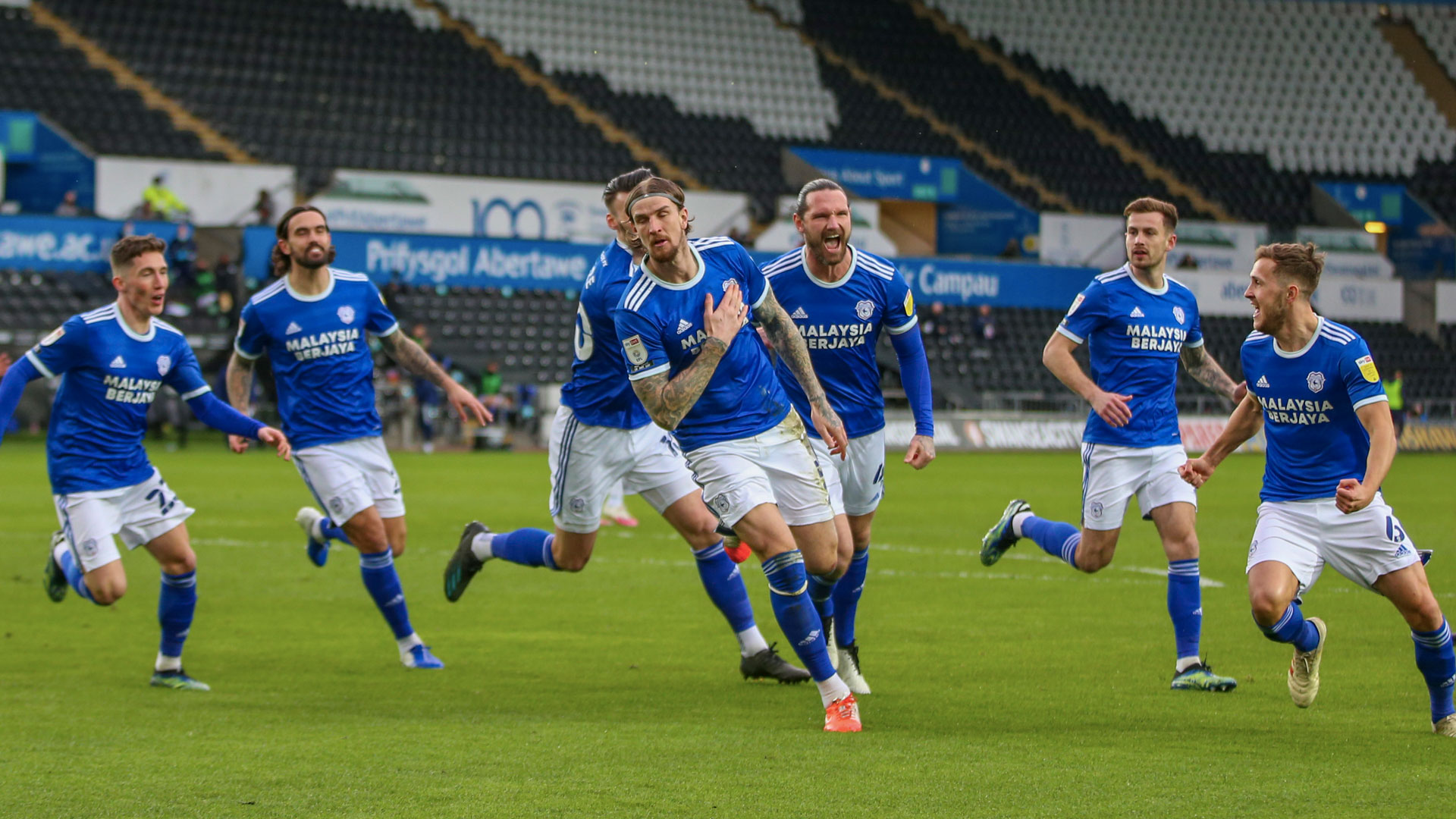 The Bluebirds are back in action following the international break, with Nottingham Forest heading to South Wales. Mick McCarthy’s men will take on the Reds at Cardiff City Stadium on Friday, April 2nd, with a 3pm kick-off.

As this fixture has been selected for international broadcast, International Match Pass availability may vary depending on your overseas location.

There are two ways to get hold of the Cardiff City vs. Nottingham Forest matchday programme.

The Bluebird – edition 20 for 2020/21, featuring Aden Flint as cover star and feature interview, can be ordered and delivered in its traditional print format from Cardiff City FC SuperStore. Click here to buy your copy!

2020/21 has been a difficult campaign for Forest, who parted ways with their former boss, Sabri Lamouchi, just four matches into the season. Those opening four games had seen the Reds suffer four defeats, and so former Newcastle United, Norwich City and Brighton & Hove Albion boss Chris Hughton was drafted in to oversee in a turnaround in fortunes at the City Ground.

Forest have slowly crept away from the drop zone since Hughton’s arrival in October, though an untimely dip in form could throw them straight back into a relegation dogfight. Heading into Friday’s fixture, Forest sit in 17th position in the Championship table, with 42 points to their name. So far this season, Hughton’s men have picked up ten wins and 12 draws with 16 defeats, a record which sees them hold a seven-point advantage over the bottom three.

After recording consecutive victories in late February, Forest endured a six-match winless run prior to the international break. During that time, Hughton’s side suffered defeats to Luton Town, Watford and Norwich City, whilst battling to draws against Derby County, Reading and Brentford. The Reds, who have picked up 11 clean sheets so far this season, did not record a shutout in March, and found the back of the net on two occasions during the month.

Lyle Taylor made the move to the City Ground from Charlton Athletic at the end of last season, and has once again demonstrated the fine goalscoring ability he showed at The Valley. The 31-year-old leads the way for Forest in terms of goals this season, with five strikes to his name in all competition. A Montserrat international, Taylor scored the only goal of the game when the two sides met during the Third Round of the Emirates FA Cup back in January.

Cyrus Christie, above, was another summer arrival at the club, joining on loan from Fulham for the duration of the 2020/21 campaign. The defender possesses plenty of Championship experience from his previous stint at Craven Cottage, and has also featured for Middlesbrough and Derby County in recent seasons. The 28-year-old has shown his attacking abilities during the campaign, recording two league assists so far this term.

Ryan Yates was a mainstay in the Forest starting eleven throughout Chris Hughton’s first few months in charge before sustaining a calf injury in late January. An Academy graduate, Yates has featured in 26 Championship matches for the Reds this season, picking up two goals and two assists. The central midfielder was an unused substitute in Forest’s final game before the international break, but could return to the starting lineup at CCS.

Forest earned an impressive victory in their most recent visit to Cardiff City Stadium, becoming the second of just three sides to take all three points away from the Welsh capital last season. On 25th February 2020, a second-half strike from Portuguese midfielder Tiago Silva was enough to give Sabri Lamouchi’s team an important win over the Bluebirds, with both sides chasing a Play-Off position until the very last day of the season.

Prior to that defeat, City had been unbeaten in their previous six home matches against Forest, winning five and drawing one. In 2018, the Bluebirds recorded a vital victory against Friday’s visitors, which proved to be a crucial step on the road to promotion. Sean Morrison opened the scoring, heading home from a Joe Ralls corner, and, after Liam Bridcutt had equalised, the match-winning moment came from Aron Gunnarsson, who flung himself at a loose ball to keep City in prime position for 2nd spot.

The Icelandic midfielder had also been on the scoresheet against Forest in the previous campaign, although his goal during our 2016/17 contest could not have been more different. On Easter Monday 2017, Kadeem Harris’ cross was cleared out towards Gunnar, who produced one of his finest goals in a Cardiff City shirt, unleashing a fierce drive from the edge of the area which flew past Jordan Smith and into the Forest net for a 1-0 win.