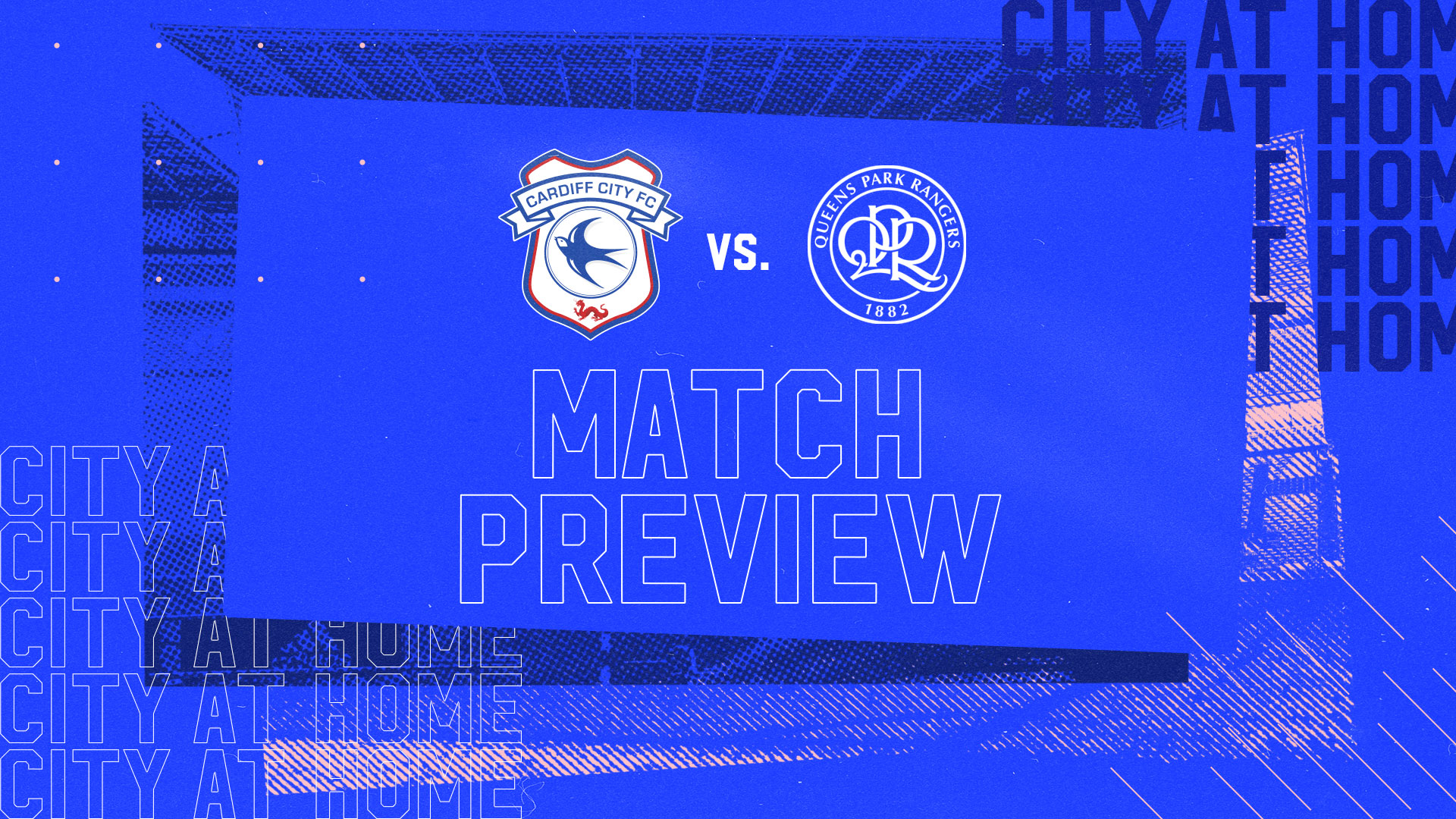 The Bluebirds return to Cardiff City Stadium to take on Queens Park Rangers on Wednesday, 3rd November. Mark Warburton’s side travel to the Welsh capital for our midweek meeting, which kicks-off at 7:45pm.

Match tickets for our Sky Bet Championship home fixtures against Queens Park Rangers, Huddersfield Town & Hull City are on sale now and can be purchased here!

The Bluebirds return to CCS for a match under the lights in the midweek, ahead of Saturday's home clash with Huddersfield Town.

With this match taking place during the week, Cardiff City TV will be able to broadcast the match domestically as well as internationally.

As the Bluebirds prepare to host Queens Park Rangers on Wednesday evening at Cardiff City Stadium, we look back on a memorable goal against the R’s.

With just three games left in the 2009/10 season, Dave Jones’ side travelled to Loftus Road looking to secure a place in the Championship play-offs.

QPR come into our midweek fixture pushing for a spot in the Play-Off places, and currently sit in eighth position. Mark Warburton’s side made an exceptional start to the season, going unbeaten in their first six matches with three wins and three draws, before a run of three consecutive defeats saw the R’s slip down to mid-table. However, a resurgence in form of late has seen Rangers climb back up towards the top six; they currently have 22 points from 15 matches, with six wins, four draws and five defeats.

Since their aforementioned run of three straight losses, Warburton’s side have enjoyed a fine run of form at the Kiyan Prince Foundation Stadium, recording victories over Birmingham City, Preston North End and Blackburn Rovers, with a recent 1-1 draw against Nottingham Forest. Lyndon Dykes netted the opener in first-half stoppage time, but Forest snatched a point with an injury-time equaliser from Jack Colback just moments before the final whistle.

The R’s have endured a less enjoyable run of form away from home, winning two of their seven fixtures on the road. Both of those matches came very early in the season, with back-to-back victories over Hull City and Middlesbrough in mid-August. Since then, Warburton’s men have lost their last four matches on the road, suffering defeats against AFC Bournemouth, Fulham, West Bromwich Albion and Peterborough United.

Jordy de Wijs was one of Hull City’s standout performers in their ill-fated 2019/20 campaign, making 35 appearances and scoring twice as the Tigers were relegated to League One. After helping City reach the summit of the third tier by January 2021, the Dutch defender made a loan move to the Kiyan Prince Foundation Stadium, which was duly made permanent this summer. The 26-year-old has made 12 appearances for the R’s this term, providing one assist, which came against Millwall on the opening day of the season.

Andre Dozzell made nearly 100 appearances for Ipswich Town after breaking into the First Team at Portman Road in 2016. The midfielder featured on 19 occasions in Town’s 2018/19 Championship campaign, and was a key man as the Tractor Boys finished 9th in League One last term, making 43 appearances. The 22-year-old played the full 90 minutes for the first time in the Championship as a QPR player last weekend, as the R’s drew 1-1 with Nottingham Forest on Friday evening. The son of former Ipswich and Tottenham man Jason, Dozzell also has nine caps for the England U20 team.

Andre Gray scored on his QPR debut back in early September, sparking a 3-3 Rangers comeback against Reading. The 30-year-old netted five goals in 21 appearances last season for Watford, helping the Hornets return to the Premier League at the first time of asking. However, the former Burnley man was deemed surplus to requirements at Vicarage Road at the start of the current campaign. Gray has featured on ten occasions since arriving in West London on a season-long loan deal, scoring two Championship goals.

Lyndon Dykes is Rangers’ joint-top scorer in the Championship this term, with six strikes in league action. The Scottish international, who featured for the national team in all three of their Group D matches at UEFA EURO 2020, moved to West London from Livingston in 2020, having netted 14 goals in 36 appearances for the Lions. Dykes hit the ground running during his first season in the EFL, recording another 14 goals in all competitions. The 26-year-old scored during QPR’s most recent fixture, a 1-1 draw with Nottingham Forest, and also has two assists to his name this term.

Ilias Chair has seen fellow Academy graduates such as Ebere Eze and Bright Osayi-Samuel depart the Kiyan Prince Foundation Stadium in recent seasons, though the 23-year-old has remained with the R’s and become a key figure in Mark Warburton’s team. The Moroccan international has also netted six goals so far this campaign, and looks set to improve his career best of eight league strikes in a single campaign, which he recorded last season. With an impressive 19 goals and 13 assists from 108 Championship appearances, Chair put to bed any transfer speculation by signing a new four-and-a-half year deal with the R’s in January of this year.

Seny Dieng arrived at Loftus Road in 2016, and spent time on loan with the likes of Stevenage, Dundee and Doncaster Rovers before breaking into the QPR first team in September last year. A Swiss-born goalkeeper with one international cap for the Senegal national team, Dieng made 42 Championship appearances between the sticks last term, keeping 11 clean sheets as the R’s finished in 9th position. This term, the 26-year-old has already recorded four shut-outs from 15 matches, having seen off competition from Joe Lumley and Jordan Archer to make the starting spot his own.