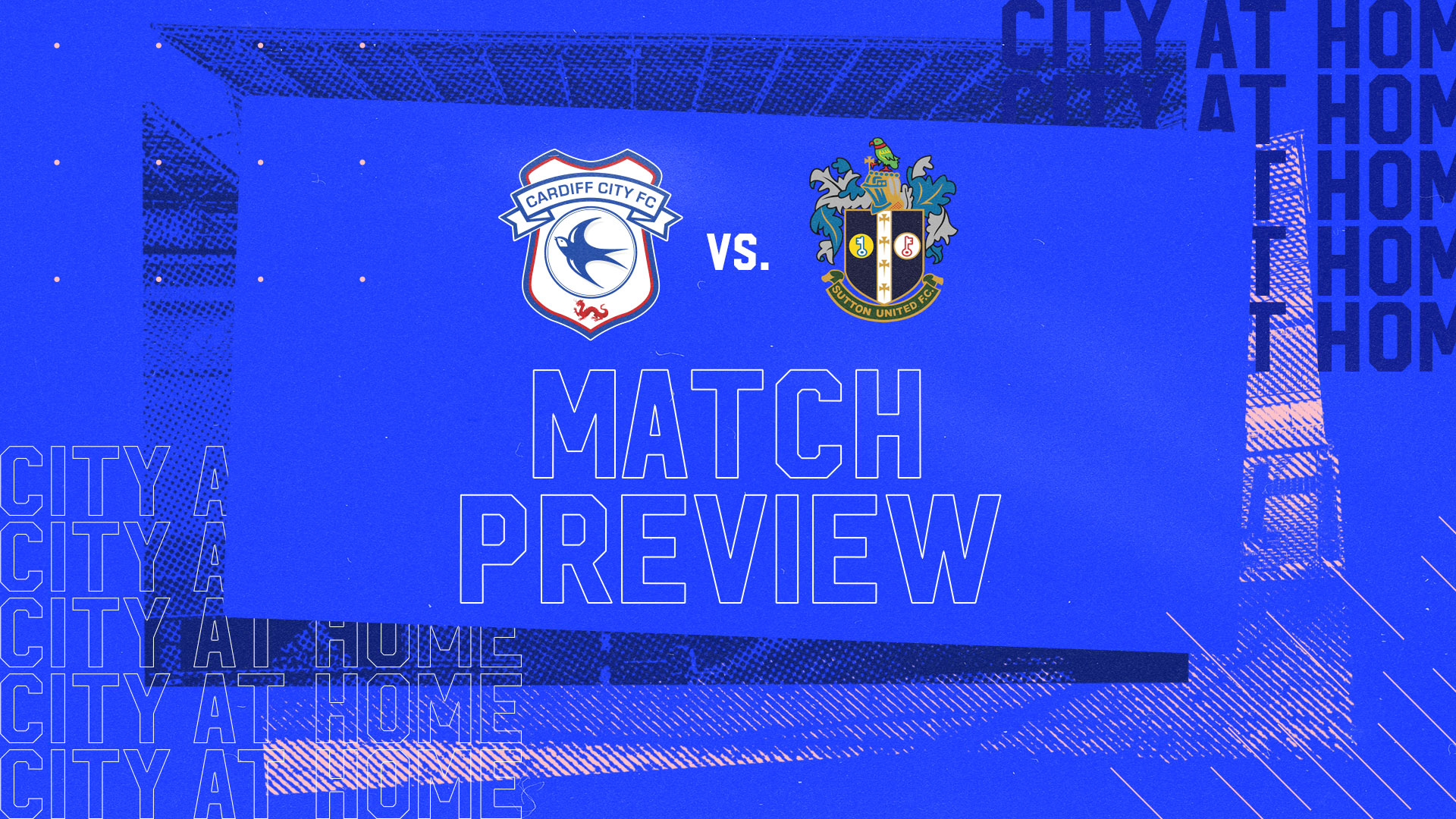 Tickets are now on sale for our Carabao Cup Round One clash with Sutton United, and are available to purchase here.

For this fixture, Audio commentary will be available worldwide! Supporters in the UK and abroad can purchase a Monthly Audio Pass to listen in for just £5! For audio throughout the season, purchase an Audio Only Season Pass for £45!

UK - single match Audio Passes for this fixture can be purchased now for £2.50!

Physical copies of The Bluebird will be available to purchase for £2.50 from Cardiff City FC SuperStore only for this fixture!

The digital version of Tuesday’s matchday programme will be available to download via the Matchday Info App from 9am on Tuesday, August 10th, 2021.

The U’s enjoyed the most successful season in their long history last term, winning the National League to earn promotion to the EFL for the very first time. Under the stewardship of Matt Gray, Sutton saw off the likes of Torquay United, Notts County and Hartlepool United to seal the fifth-tier title, securing a place in the fourth division this season.

Sutton are yet to play at their home ground, Gander Green Lane, since the end of last season, with a new pitch being laid at their south London stadium. During the summer months, United defeated the likes of Chesham United, Haringey Borough and Brighton and Hove Albion’s U23 team, recording a 6-0 victory over the latter. At their temporary home in Farnborough, Gray’s side suffered a 2-1 loss to Aldershot before rounding off their pre-season schedule with a 2-1 win over Barnet.

The U’s featured in their first EFL fixture on Saturday afternoon, suffering an agonising 2-1 loss against Forest Green Rovers. Matty Stevens opened the scoring for Forest Green, before Omar Bugiel netted a second half equaliser, becoming the first player in Sutton history to score a league goal. However, the hosts found a winning goal in the second minute of injury time, with Ebou Adams condemning United to a cruel defeat.

Dean Bouzanis (pictured above) signed a new contract with Sutton in the summer, having been an integral member of their title winning team. Signed by Rafa Benítez for Liverpool in 2007, the Australian departed Anfield without making a first team appearance for the Reds. Stints with Accrington Stanley and Oldham Athletic followed, before Bouzanis returned to his native country with Western Sydney Wanderers and Melbourne City. The 30-year-old moved to Sutton in 2020, with his partner, Steph Catley, joining Arsenal Women. Bouzanis kept 18 clean sheets last term, and will be required to perform similarly well in the League Two this time around.

Ricky Korboa joined United from Northampton Town in July, where he spent the 2019/20 campaign. Aged 25, Korboa came through the ranks with Carshalton Town, and also featured in Jamie Vardy’s ‘V9 Academy’ in 2017. Korboa made his debut for Northampton against the Bluebirds in the First Round of the Carabao Cup last season, coming off the bench to provide two assists as the Cobblers secured safe passage to the Second Round. The winger came off the bench for Sutton on the weekend, replacing Enzio Boldewijn after 77 minutes at the Innocent New Lawn.

Craig Eastmond (below) has been one of Sutton’s key players since arriving at Gander Green Lane in 2015. United’s club captain, Eastmond began his career in the Arsenal academy, making ten first team appearances for the Gunners in all competitions. The defender moved to Colchester United on loan in 2012, before making the move permanent a year later. Since dropping out of the EFL in 2015 to join Sutton, Eastmond has featured on 243 occasions for the U’s, making 41 appearances and scoring five goals during their title winning campaign last season.

Although Tuesday’s match marks Sutton’s first appearance in this competition, the U’s have been involved in some famous fixtures in several other cup competitions. United first grabbed the headlines back in 1989, when they dispatched First Division side Coventry City in the Third Round of the FA Cup. Goals from Tony Rains and Matthew Hanlan gave Sutton a famous victory at Gander Green Lane, although their giant-killing exploits were put to a firm end by Norwich City, who recorded an 8-0 win in the Fourth Round.

In 2017, Sutton enjoyed another excellent run in the competition, reaching the Fifth Round for the first time in their history. Having beaten Cheltenham Town and AFC Wimbledon in the early rounds, they were drawn against Leeds United in the Fourth Round. At their home ground, Sutton recorded another famous cup upset, with Jamie Collins’ penalty kick proving the difference between the two sides and sending United into the hat.

The U’s were rewarded with a plum tie against Arsenal, who visited Gander Green Lane on 20th February 2017. Arsène Wenger fielded a strong side against the National League team, with the likes of Granit Xhaka and Alexis Sánchez featuring. The Gunners, who would eventually go on to lift the FA Cup at the end of the season, secured safe passage to the Quarter-Finals with a 2-0 victory, with goals coming from Lucas Pérez and Theo Walcott.