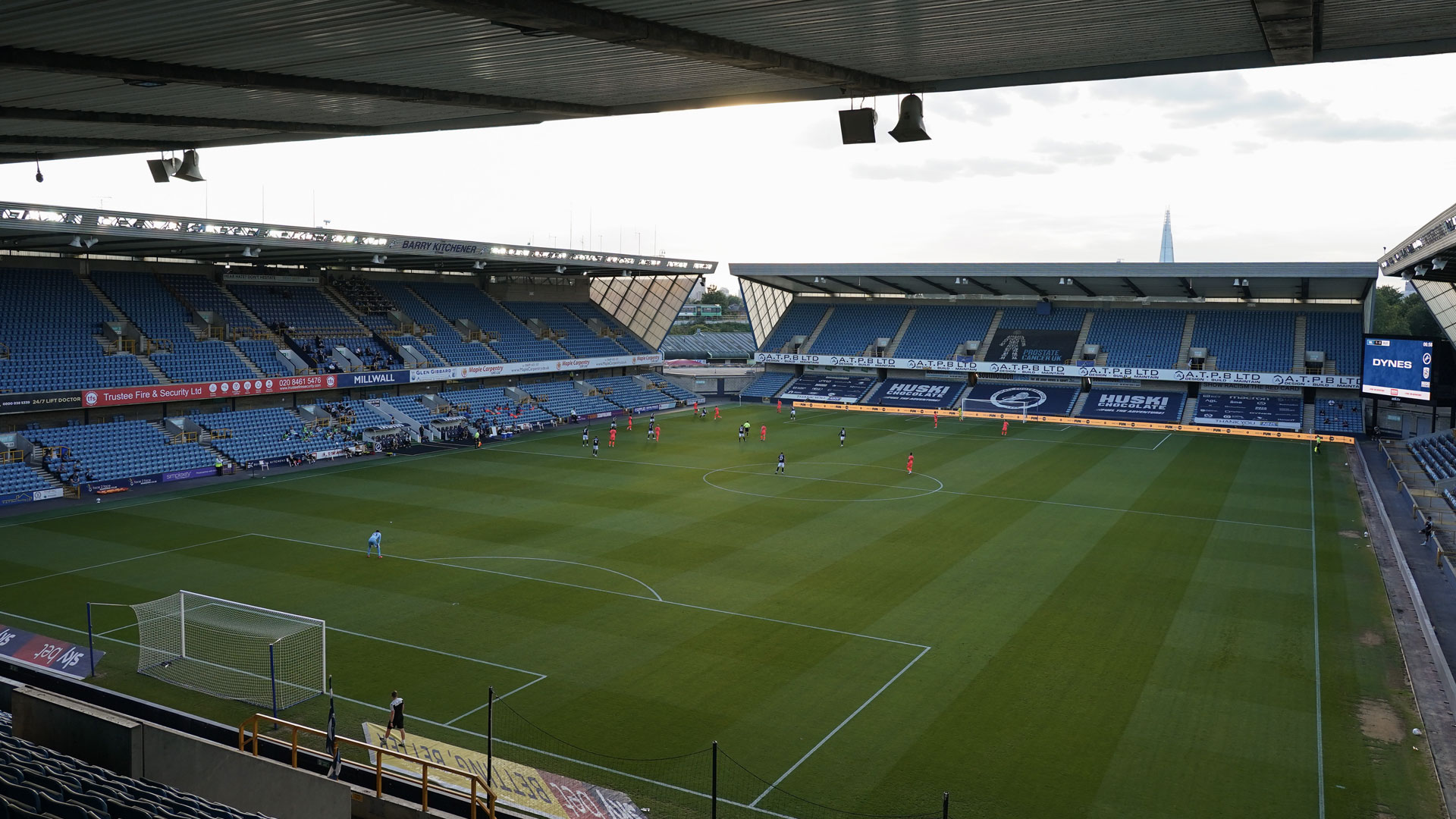 The Bluebirds are back in action following the international break, taking on Millwall this weekend. Neil Harris’ men will head to The Den on Saturday, kicking-off against the Lions at 3pm.

This match has been selected by international broadcasters, so may be unavailable to watch internationally depending on your location. However, overseas Match Passes can be bought in exempt countries for just £7, with Season Passes also available.

Audio commentary will be available to those with an International Pass or UK Audio Pass. 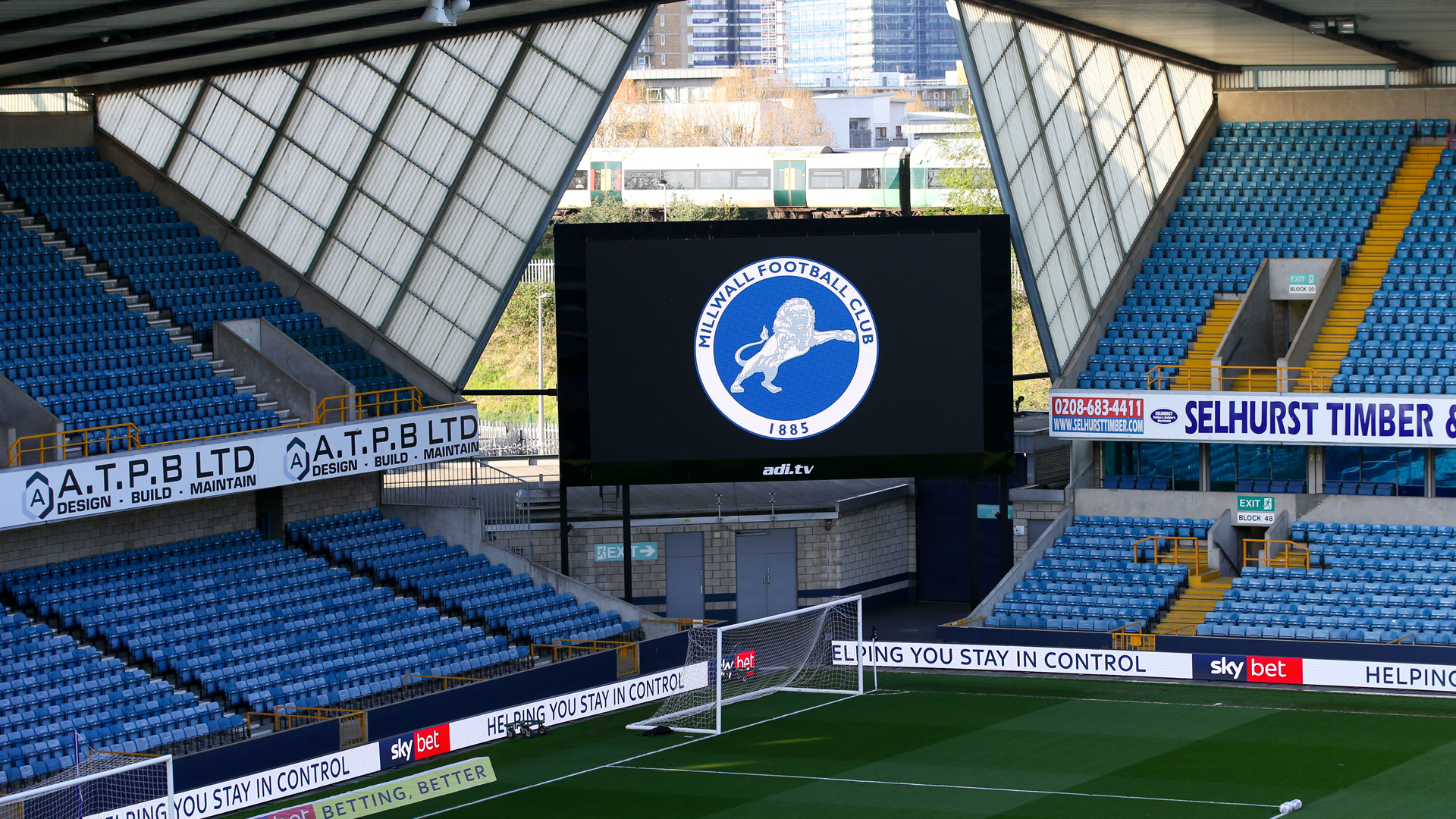 Harris pre-Millwall | I’m focused on getting the win

Bluebirds boss Neil Harris spoke to the press and media ahead of the return of Championship action, providing an insight into facing his former club on the weekend.

“As a group, we can't wait for Saturday. It's a tough challenge when you go to The Den, with or without the crowd. The group's mentality is fiercely competitive and fiercely strong at the moment to succeed.

“Personally, I'm really looking forward to seeing a lot of faces that I know well, a lot of players I've brought in and a manager and staff that I know extremely well.

“I'm really focused on wanting to go there to get the win; it would give me huge pride to go back and get three points for Cardiff City.”

Gary Rowett took charge of Millwall in October 2019, three weeks after Neil Harris departed the club. Rowett began his career with Cambridge United in 1991, and, after spending four seasons at the Abbey Stadium, moved to Premier League side Everton in 1994. However, he failed to break into the first team at Goodison Park, and soon signed for Derby County, where he spent three seasons. Having played Premier League football with the Rams, Rowett joined Birmingham City in 1998, helping the Blues to reach the First Division Play-Offs in consecutive seasons. Following spells back in the top flight with Leicester City and Charlton Athletic, persistent knee injuries curtailed the defender’s playing days. He retired from the professional game in 2004, but was able to return to non-league action with Burton Albion until 2007.

Two years after his final appearance for Burton, Rowett returned to the club as Assistant Manager to Paul Peschisolido. In 2012, he took the top job at the Pirelli Stadium, and led the Brewers to consecutive appearances in the League Two Play-Offs. In 2014, with Burton at the top of League Two, Rowett became manager of his former club, Birmingham City, who he took from the lows of 21st to a 10th place Championship finish in his first season. However, he was surprisingly relieved of his duties in December 2016, with the Blues sitting in 7th position in the table. Rowett returned to management in 2017 with another of his previous teams, Derby County. In his only full season at Pride Park, he led the Rams to the Championship Play-Offs, but lost in the Semi-Finals to eventual winners Fulham. Soon afterwards, he swapped Derby for Stoke City, but endured a difficult eight month stay at the Bet365 Stadium. The 46-year-old recently celebrated his first anniversary in charge of Millwall, having led them to an 8th place finish last season.

After narrowly missing out on the final Play-Off position last season, the Lions will be aiming to go one better this time around. Rowett’s men have made a solid start to the current campaign, and are just two points away from the top six. They currently occupy 9th place after 11 matches, with four wins, five draws and two defeats to their name.

Millwall’s season began with three unbeaten matches – two draws, against Stoke City and Brentford, and a victory over Rotherham United. They suffered their first Championship defeat of the season against Swansea City, but then won three of their following four matches, against Wycombe Wanderers, Luton Town and Preston North End. The Lions tasted their first home loss of the campaign to Huddersfield Town in a 3-0 defeat, and began November with two goalless draws, taking two points from away fixtures at Norwich City and Sheffield Wednesday.

Rowett added just one permanent signing to his squad over the summer months; Mason Bennett arrived from Derby County, where the pair had worked together during the 2017/18 season. Left-back Scott Malone joined his Derby teammate Bennett at The Den, returning on loan to the club where he had made 71 appearances before signing for Cardiff City back in 2015. Another former Bluebird, Kenneth Zohore, also arrived at Millwall, signing a loan deal on Deadline Day. Ryan Woods extended his temporary stint with Millwall to cover the current campaign, having spent the second half of last season at The Den, whilst young striker Troy Parrott signed on loan from Tottenham Hotspur.

Jed Wallace (pictured above) has continued his excellent form into the new season, and is currently Millwall’s top scorer in all competitions. Having netted a career-high ten Championship goals last term, including an excellent free-kick against the Bluebirds, Wallace has found the back of the net on four occasions during the current campaign. The 26-year-old’s most recent strike, which came from the penalty spot against Preston North End four matches ago, was the last goal scored by the Lions, who have recorded three blanks from their three matches since.

Bartosz Białkowski beat both Wallace and Mahlon Romeo to be crowned Millwall’s 2019/20 Player of the Season, following a stellar campaign between the sticks. The Poland international joined the Lions from Ipswich Town ahead of last season, and has consolidated himself as one of the best stoppers in the second tier. Last term, Białkowski recorded 16 clean sheets, sharing the Championship Golden Glove with Brentford’s David Raya. The 33-year-old leads the way once again in the current campaign, having recorded a joint-high of six shutouts so far.

Ryan Leonard has impressed at the heart of Millwall’s midfield this season, his third with the club. Signed from Sheffield United in 2018 for a club-record fee, the 28-year-old has featured in ten of the Lions’ league fixtures this term. Leonard has already bettered his goalscoring tally from the whole of the 2019/20 campaign, having netted against Cheltenham Town in the Carabao Cup and Wycombe Wanderers in the Championship, and is also off the mark in terms of assists.