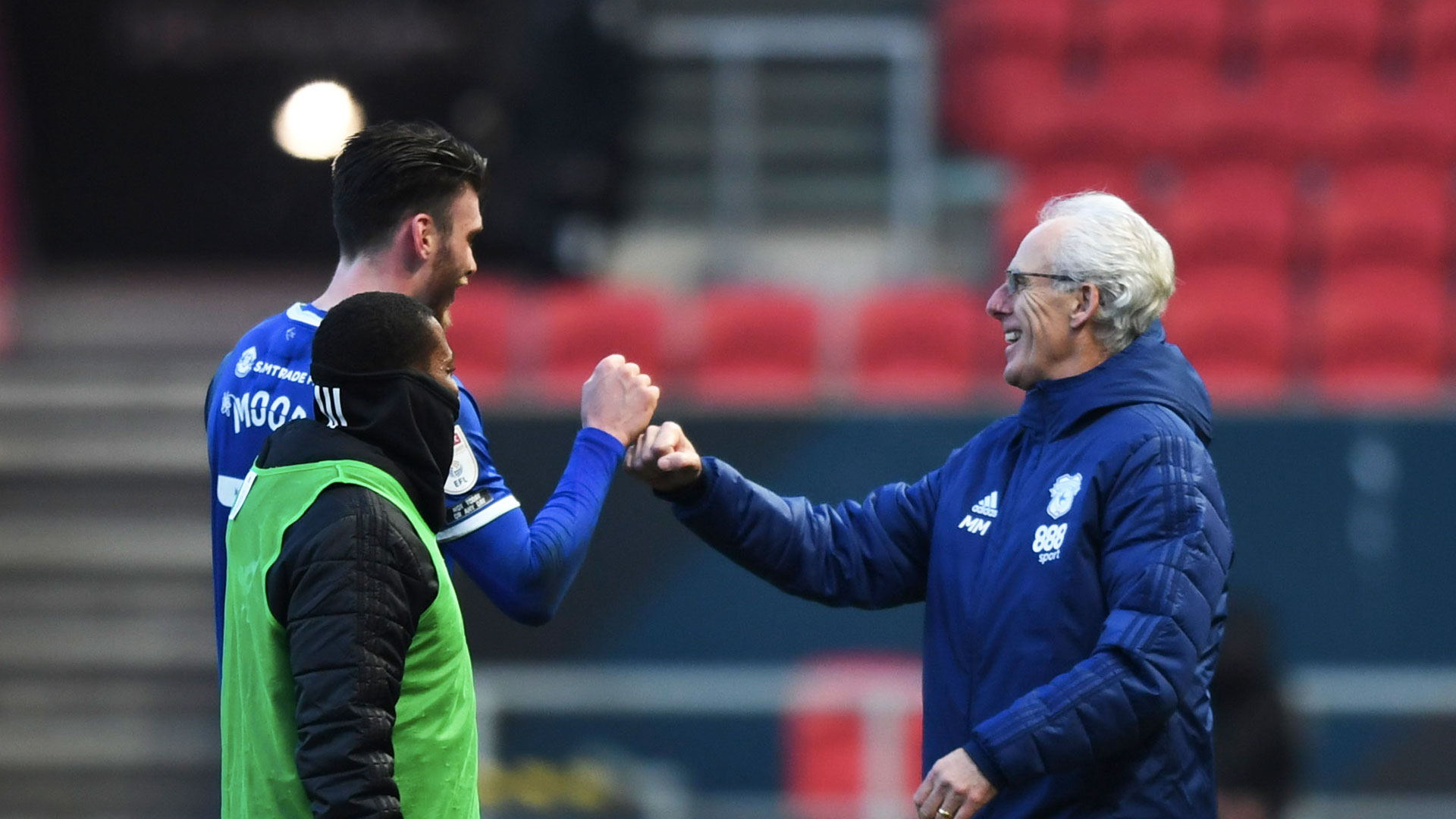 The Bluebirds face Rotherham United on February 9th, after our original meeting on January 2nd was postponed. Mick McCarthy’s men face the Millers on Tuesday evening, with a 7pm kick-off in South Yorkshire. 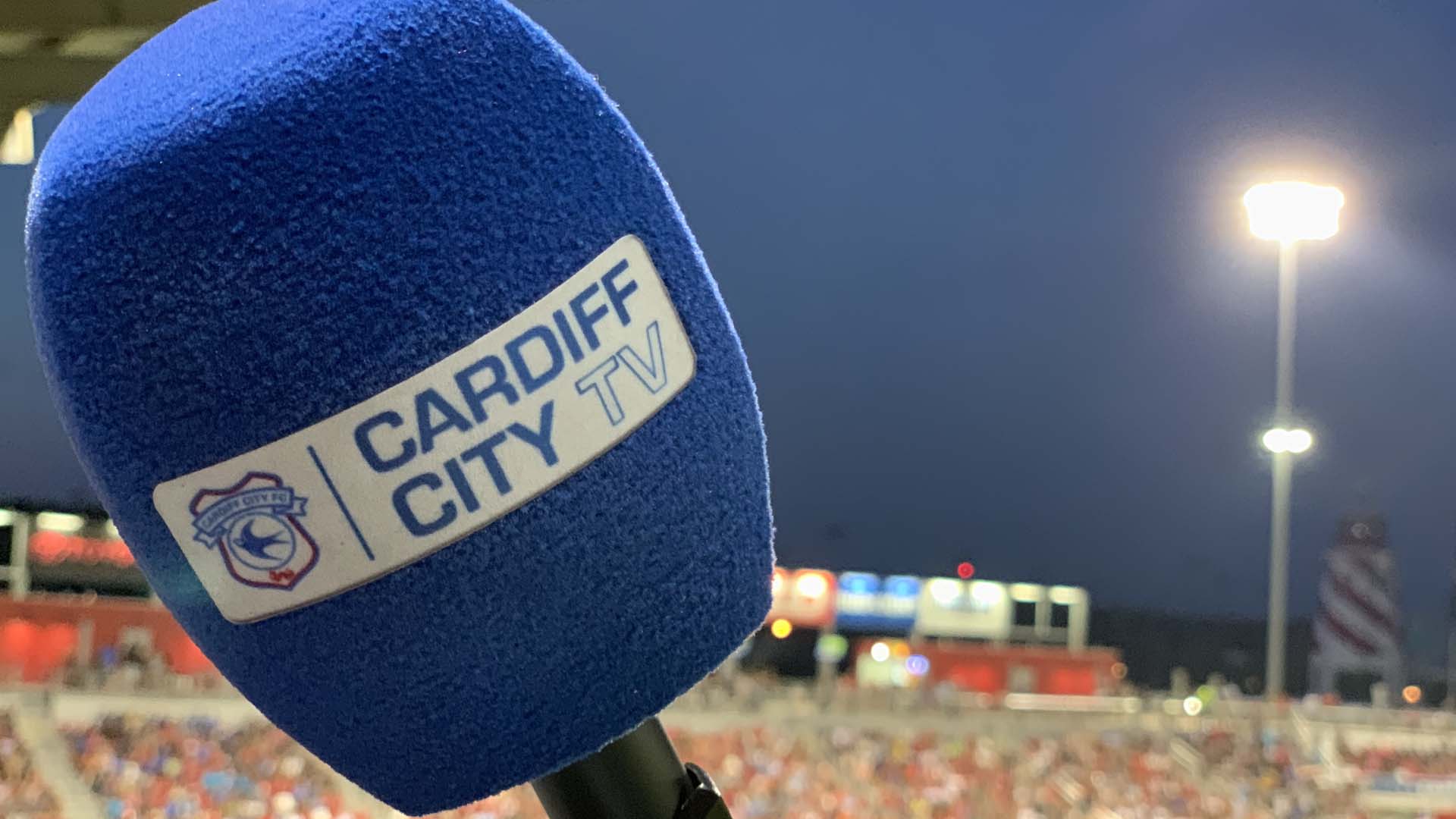 A Cardiff City TV Match Pass for tomorrow’s fixture can be purchased now for just £10 in the UK & Ireland. International Match Passes are available for just £7 per game, with Season Passes also available.

Cardiff City TV's broadcast includes a pre-match show ahead of a multi-camera production, with commentary and replays.
Please note: this fixture will not be available to watch on Sky Sports’ red button service.

Mick pre-Rotherham | We’ll be ready for it

Bluebirds boss Mick McCarthy spoke to the press and media prior to City’s trip to the ASSEAL New York Stadium, hoping to extend his unbeaten run since arriving in the Welsh capital.

“They’ve had two 3-0 wins against Middlesbrough and Derby, which is no mean feat, and then beat Preston on the weekend as well.

“That’s three wins on the bounce for them, so they’ve got momentum. We’re going up to their place, and it’s always a tough game at Rotherham.”

But we’re unbeaten in three games too, and just won our first game in a long time, so I’m sure we can go up there with a bit of momentum as well.”

Rotherham have risen to 20th place in the Championship table ahead of our midweek meeting, after a fine run of recent form. The Millers have recorded 29 points from their 26 league fixtures, and have picked up 13 of those points from their last six matches. United are two places and one point clear of the relegation zone as it stands, but could climb as high as 13th position if they win the two games-in-hand they hold over most sides in the division.

After last season’s automatic promotion from League One, Paul Warne’s men made a disappointing start to the Championship campaign, winning just three of their opening 17 matches. Indeed, a run of six matches without a victory during mid-November and early-December saw the Millers sink to 23rd position on New Years’ Day, four points from safety. However, Rotherham have enjoyed a superb winning streak in 2021, tasting success in four of their six fixtures since the turn of the year.

Jamie Lindsay’s late strike kicked-off United’s successful run, securing a 1-0 victory over fellow strugglers Derby County at Pride Park. Then followed a pulsating 3-3 draw with Stoke City, before Rotherham put Middlesbrough to the sword at the Riverside Stadium, beating Neil Warnock’s side 3-0. The Millers recorded another 3-0 win, over Derby in the return match at the New York Stadium, and made it back-to-back victories for the first time this season by beating Preston North End 2-1 on Saturday afternoon.

Paul Warne added two new faces to his Rotherham squad in January, in the hope of boosting the Millers’ survival chances. On January 26th, Ryan Giles arrived from Wolverhampton Wanderers on a loan deal. The 21-year-old, who had spent the first half of the campaign on loan at Coventry City, predominantly operates on the left side of midfield, or as a left wing-back. Giles has made four appearances for the club since his arrival, scoring twice.

On Deadline Day, Rotherham completed the loan signing of midfielder Lewis Wing from Middlesbrough. A central midfielder, Wing had made 15 appearances for ‘Boro in the opening months of the campaign, but will be seeking regular minutes in South Yorkshire. The 25-year-old has played two matches for the Millers, providing an assist for the match-winning goal during his full debut against Preston on Saturday.

Matt Crooks has featured in 23 league matches for the Millers this season, recording five goals and two assists. Usually deployed in central midfield, Crooks has been moved into an advanced role in recent weeks, a decision which has paid dividends. The 27-year-old has netted three goals in his last five outings, including a brace during the 3-3 draw with Stoke City on January 19th, and also provided an assist in the 3-0 win over Derby County.

Daniel Barlaser re-joined Rotherham on a permanent basis last summer, having spent the 2019/20 campaign on loan at the New York Stadium. The ex-Newcastle United man was an influential member of Paul Warne’s promotion winning side, scoring twice and providing five assists. The midfielder has netted three goals and recorded two assists from his 18 Championship appearances this term, which is his first season playing in the second tier.

Matthew Olosunde missed the start of the season with a groin injury, but has become Rotherham’s top provider of assists since returning to the side in November. The 21-year-old right back has created three goals this term, and also scored United’s equaliser against Everton in the Third Round of the Emirates FA Cup. A former Manchester United youth player, Olosunde made his senior debut for the United States of America in May 2018, coming off the bench during a friendly match against Bolivia.