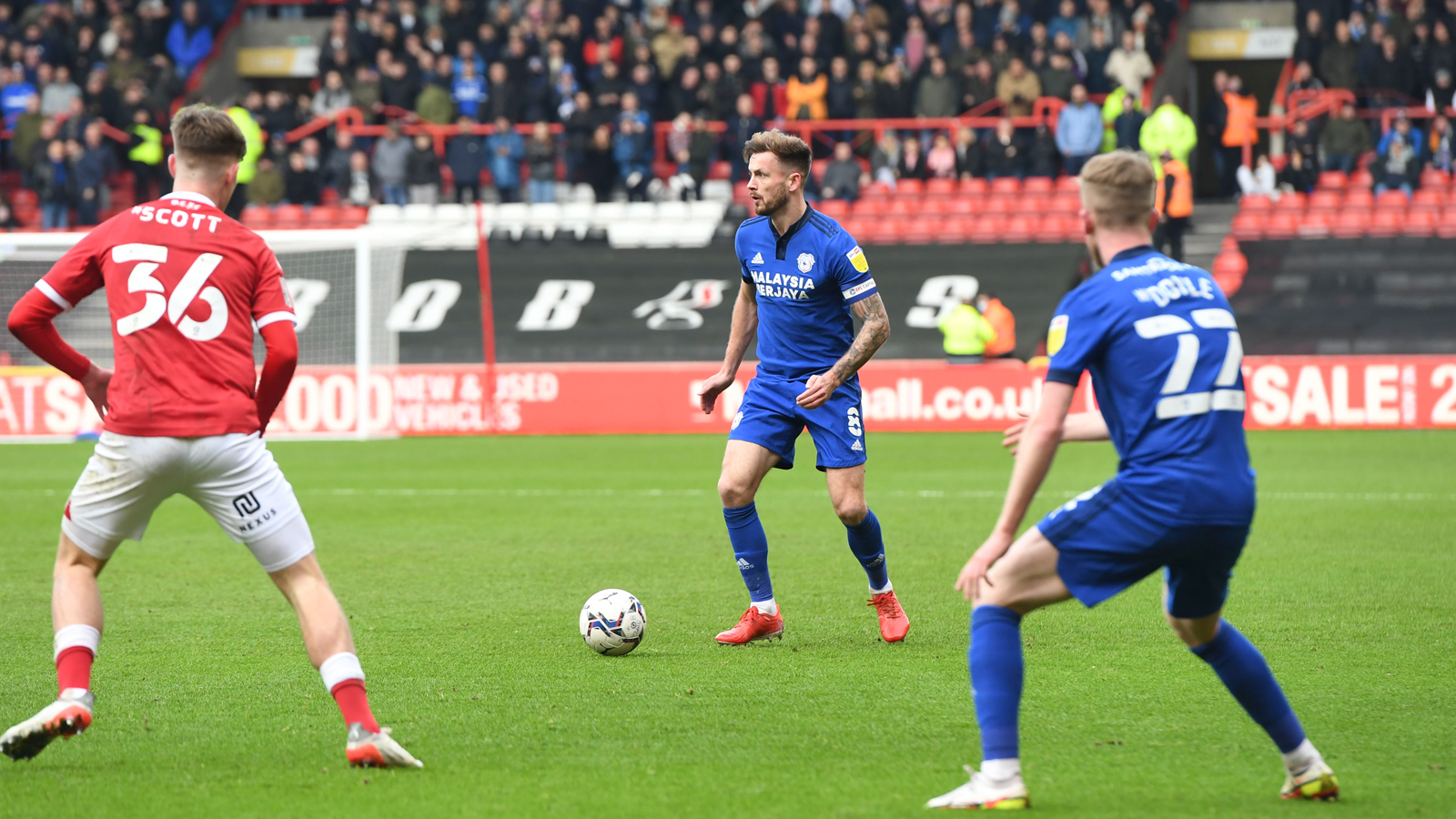 The Bluebirds fell to a 3-2 defeat at Ashton Gate on Saturday afternoon.

James Collins put City ahead, but goals from Chris Martin (2) and Andreas Weimann gave the Robins a big advantage. Max Watters headed in late on for City, who sadly couldn’t find a final minute equaliser in this Sky Bet Championship encounter.

Steve Morison gave a debut to new loan signing Tommy Doyle, who joined on Thursday evening from Manchester City until the end of the current campaign.

The Bluebirds began the match in the ascendency with former Bristol City man Aden Flint causing trouble in the opposing box. Twice in the opening twenty minutes, Flint’s headers were diverted towards goal by fellow defender Mark McGuinness, but he was denied on both occasions by Max O'Leary in the Robins' goal.

The hosts were forced to make two changes in the first half with firstly Rob Atkinson and later Andy King unable to continue. They were replaced by Zak Vyner and Jay Dasilva, respectively.

It was the Bluebirds who found the advantage just after the half hour mark. New midfielder Doyle made the most of a poor defensive clearance to cross for forward Collins to head home.

Despite this setback, the hosts came back fighting and levelled almost immediately. Chris Martin hit the back of the net with 34 minutes gone, with a curling effort. Martin went close to netting again before the half-time whistle, but Flint was on hand on the line to clear his header.

The second half began with the Bluebirds again on the front foot. Loanees Cody Drameh and Doyle both attempting to net their first goals for the Club, but Drameh saw his shot from 20-yards go off target, while Doyle's powerful strike was blocked.

Bristol City took the lead for the first time in the match with 63 minutes played, as Martin was again clinical in front of goal. The former Derby County man struck left footed from 18-yards, beyond the diving reach of Alex Smithies.

The Bluebirds pushed forward for a leveller with Morison introducing Ryan Wintle, Max Watters and Isaak Davies to try and change the flow of the match. Sadly for City, this left space in defence, and the Robins exploited this to add a third goal with 78 minutes gone. Andreas Weimann shot low into the back of the net to give his side a strong advantage.

Substitute Watters made it an interesting four minutes of added time when he headed home a first Cardiff City goal just before the end of normal time. Despite their best efforts, the Bluebirds couldn’t find a leveller late on, with the hosts holding onto their lead.