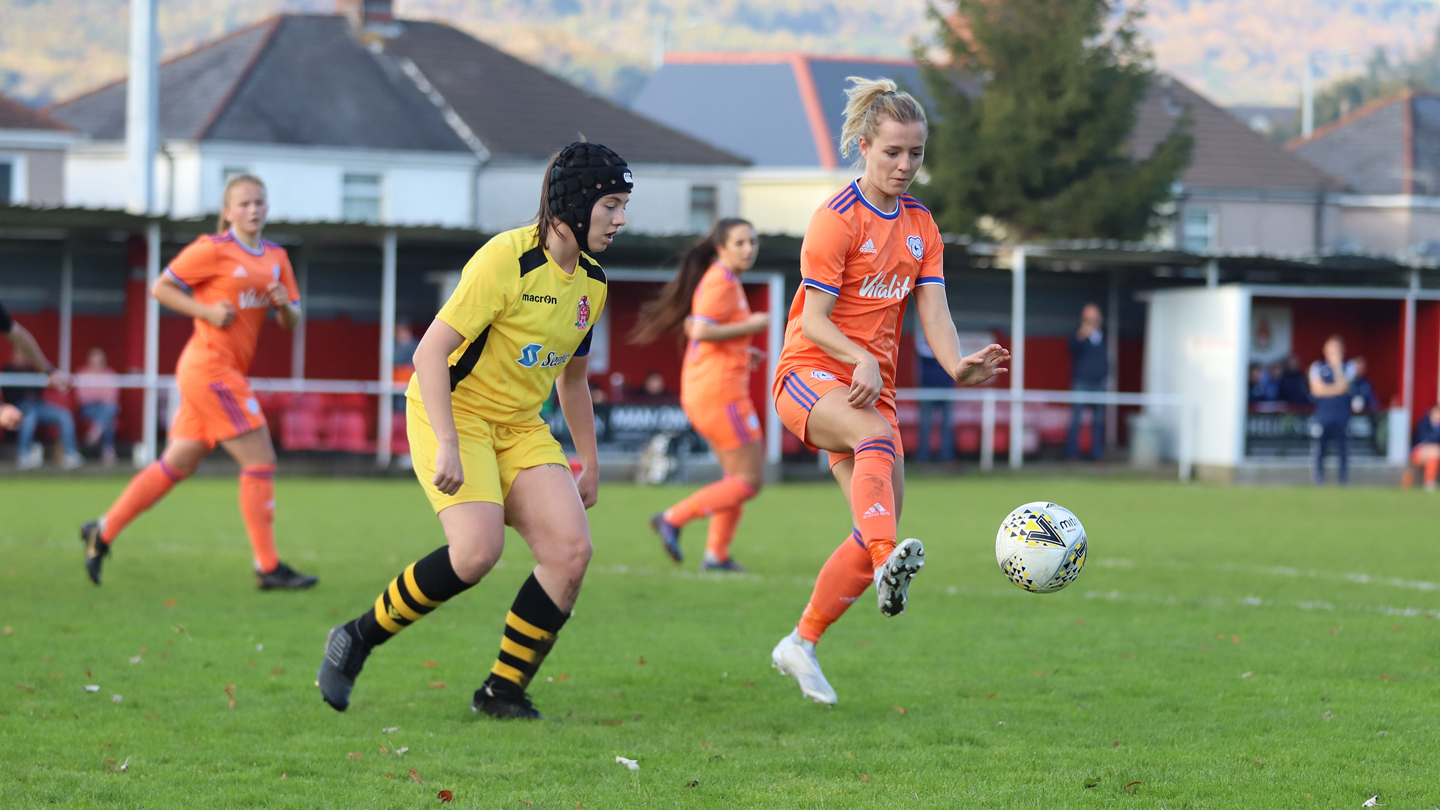 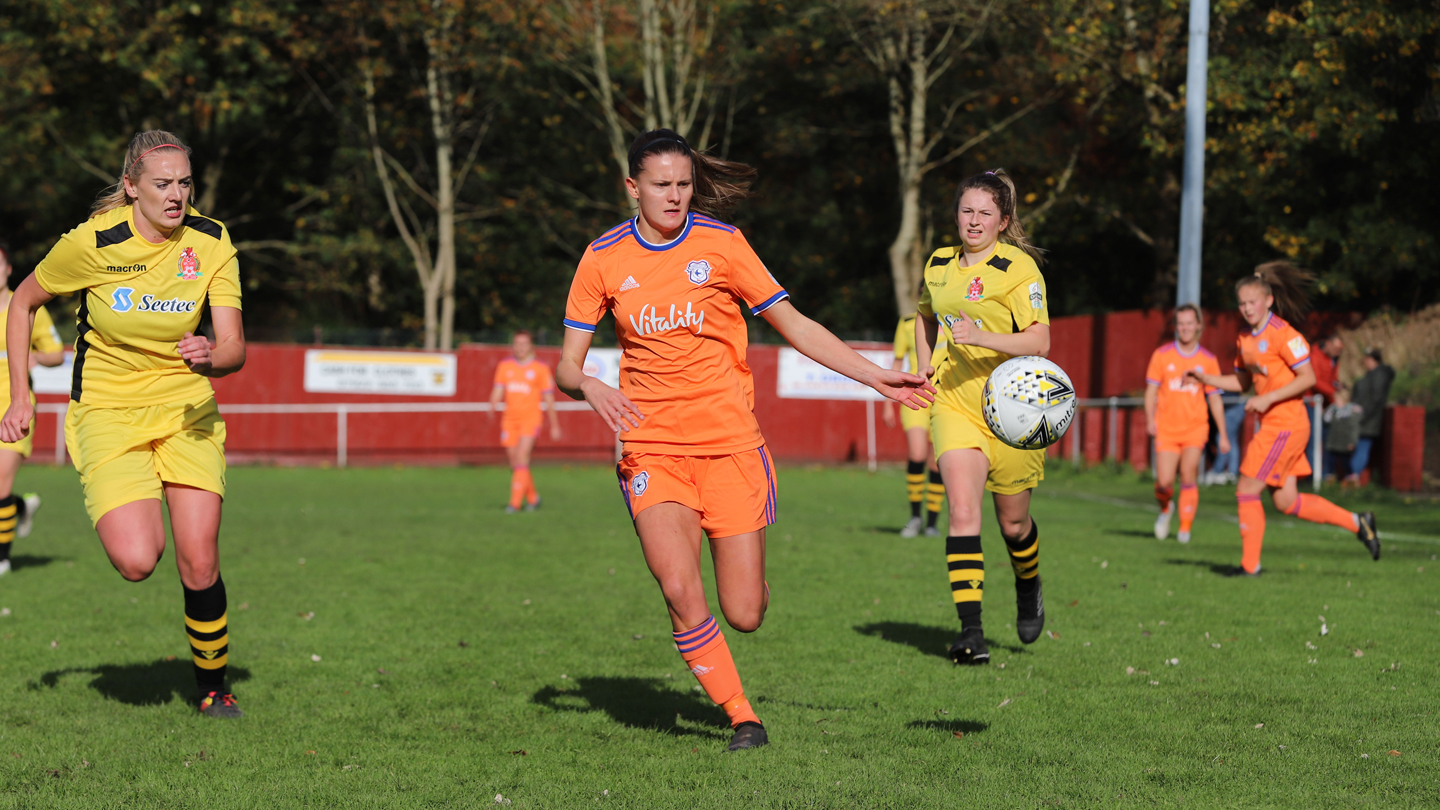 The Bluebirds got off to a flying start by opening the scoring after just 15 seconds – with Green finding the net following Alana Murphy’s strike off the post and forward Kate Jeremiah being denied by Courtney Young. It was Green’s second goal of the season so far.

Six minutes later, Cardiff City conceded their first goal of the campaign, as Sophie Topper equalising on the rebound after her original strike hit the post.

City responded strongly and created chance after chance, before regaining their lead after 35 minutes. From Jeremiah’s corner, Catherine Walsh headed in via the upright to also seal her second goal of the season to date. 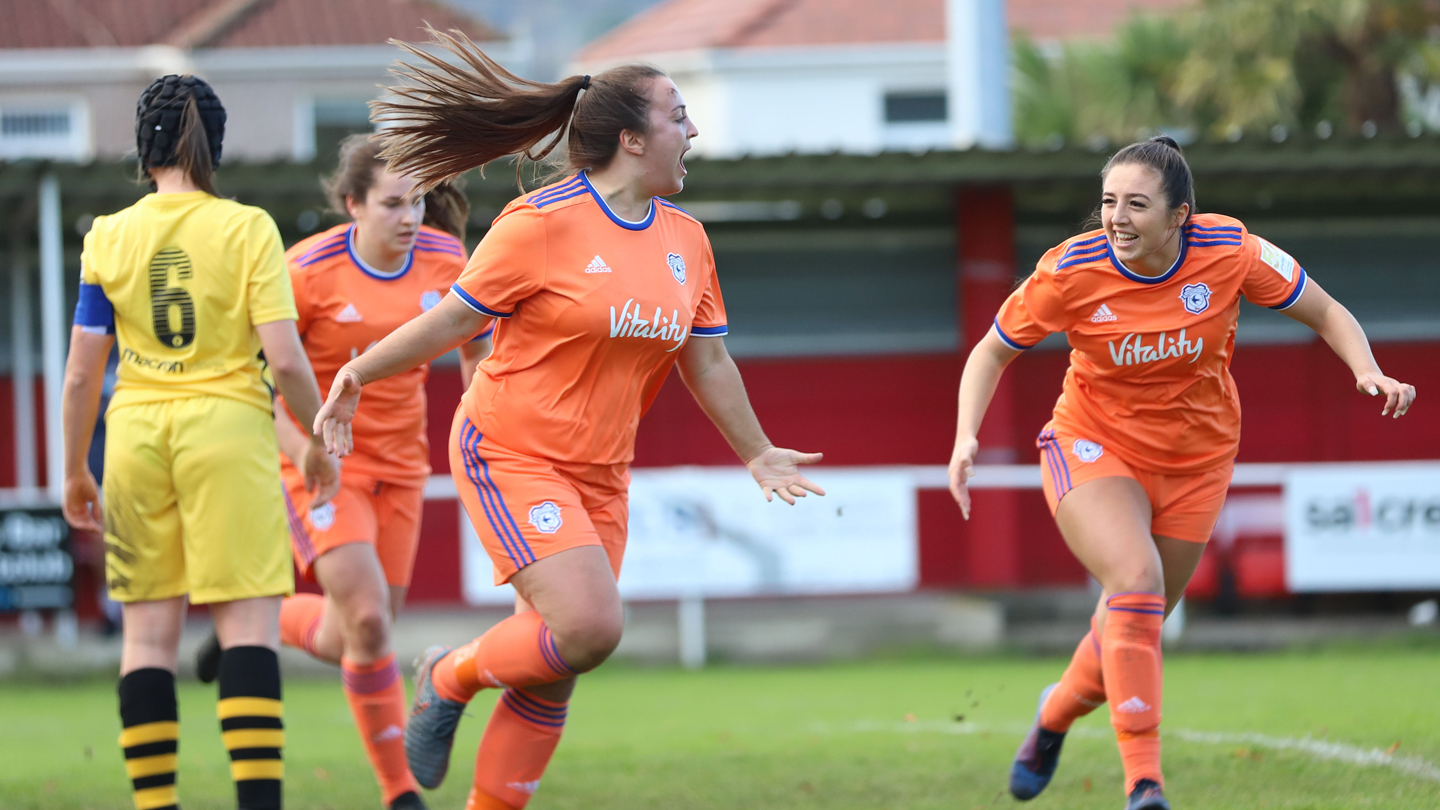 After the interval, the Bluebirds continued in dominant fashion and it took them nine minutes to net a third. Threatening Jeremiah rounded goalkeeper Young and slotted in from an acute angle.

Kiani Wong – who was making her debut after coming on as a half-time substitute – almost scored a wonder goal, as her ambitious effort from range cannoned off the crossbar after 68 minutes.

With 81 minutes played, substitute Zoe Atkins added her name to the scoresheet by shooting home from close range off Jeremiah’s through-ball. She went on to score a second and City’s sixth six minutes later – finding the bottom corner from the edge of the box.

That proved to be the final goal of the encounter and Cardiff City progressed to Round Two of the FAW Women’s Cup, while extending their winning run to five matches.