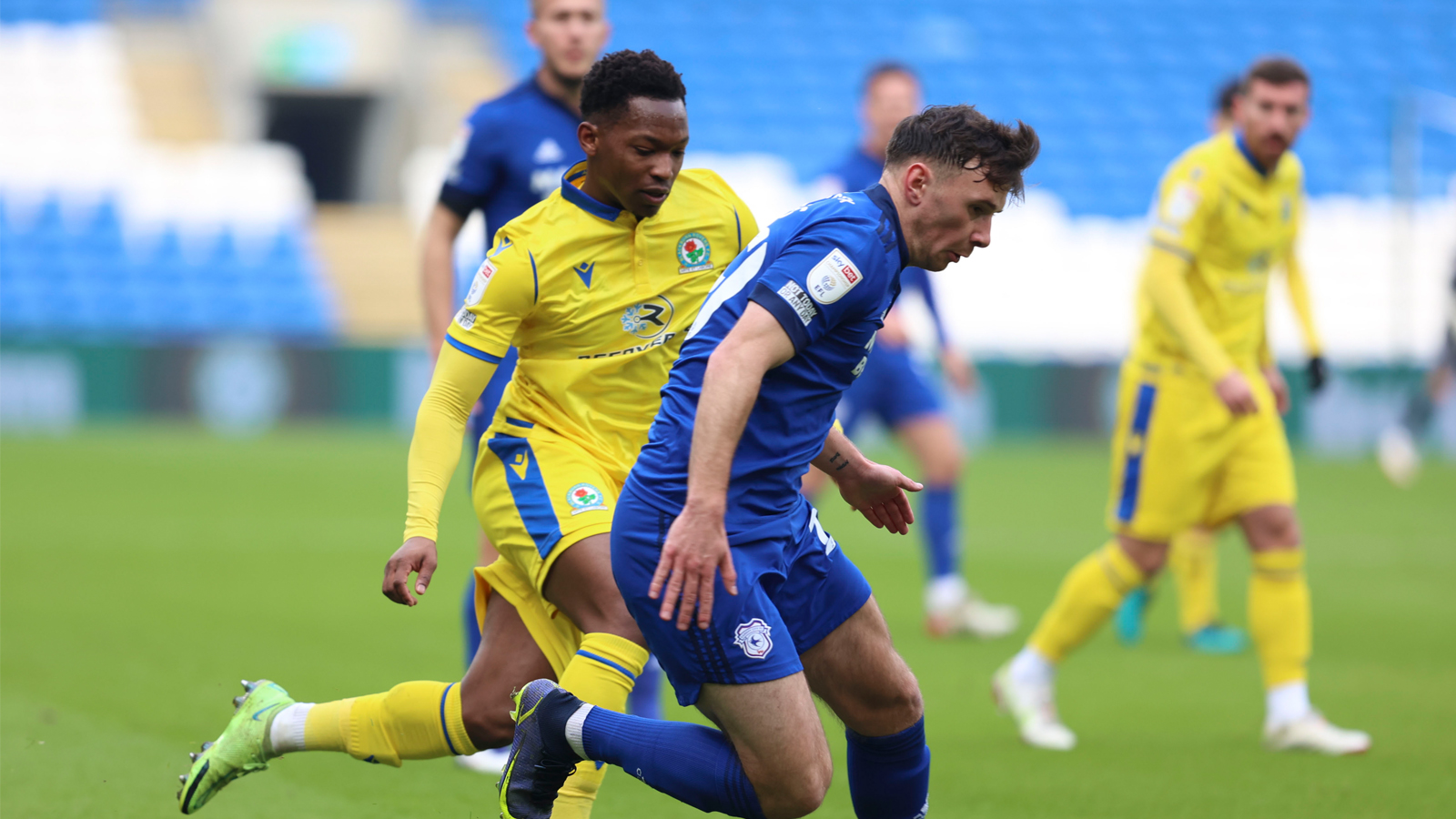 Midfielder Joe Rothwell’s first-half strike was enough to secure all three points for the visitors.

Boss Steve Morison made seven changes to the side that booked their place in the Fourth Round of the Emirates FA Cup last week, with Alex Smithies, Mark McGuinness, Aden Flint, Joe Ralls, Ryan Wintle, Mark Harris and new signing Cody Drameh all coming into the starting eleven.

City started well and forced an early chance, as striker James Collins’ tireless work earned a corner for the hosts, which Curtis Nelson headed narrowly over the crossbar. New signing Drameh did well to win the ball back high up the pitch for the Bluebirds, allowing Harris to beat his man and cross into the area, which just evaded the on-rushing Collins.

However, the visitors responded well, and took the lead in the 13th minute, as Joe Rothwell drove forward and curled into the bottom corner. City immediately searched for an equaliser, as a free-kick into the box was headed goalwards by Flint, but didn’t call goalkeeper Thomas Kaminski into action.

The Bluebirds went close through another set-piece, as the ball was cleared out to Will Vaulks, whose powerful drive was cleared off the line by Lewis Travis.

Shortly before the break, a positive attack from City saw Perry Ng cut inside from the left and strike towards goal, forcing a save from Kaminski, who ensured his side went into the interval with a 1-0 lead.

City began the second-half on the front foot, as Ralls drove forward and had a powerful effort blocked from the edge of the area. A fluid attack saw Nelson find space to cross from the left, with Drameh forcing a save from Kaminski with a header at the back post.

The visitors were reduced to ten men in the 76th minute, as Ryan Nyambe was given a second yellow card for a late challenge on Ng. Morison looked to his bench for reinforcements in Marlon Pack, Rubin Colwill and Isaak Davies. The latter almost made an impact late-on, with a low cross into the box which struck the post.

City applied pressure in added time, as the ball dropped to Ralls in the box, whose goal-bound strike was blocked. Despite the Bluebirds’ efforts to find a leveller, Blackburn saw the game out to claim all three points.

Morison’s side are back in action next weekend, travelling to Bristol City on Saturday, 22 January, 12.30 K-O.