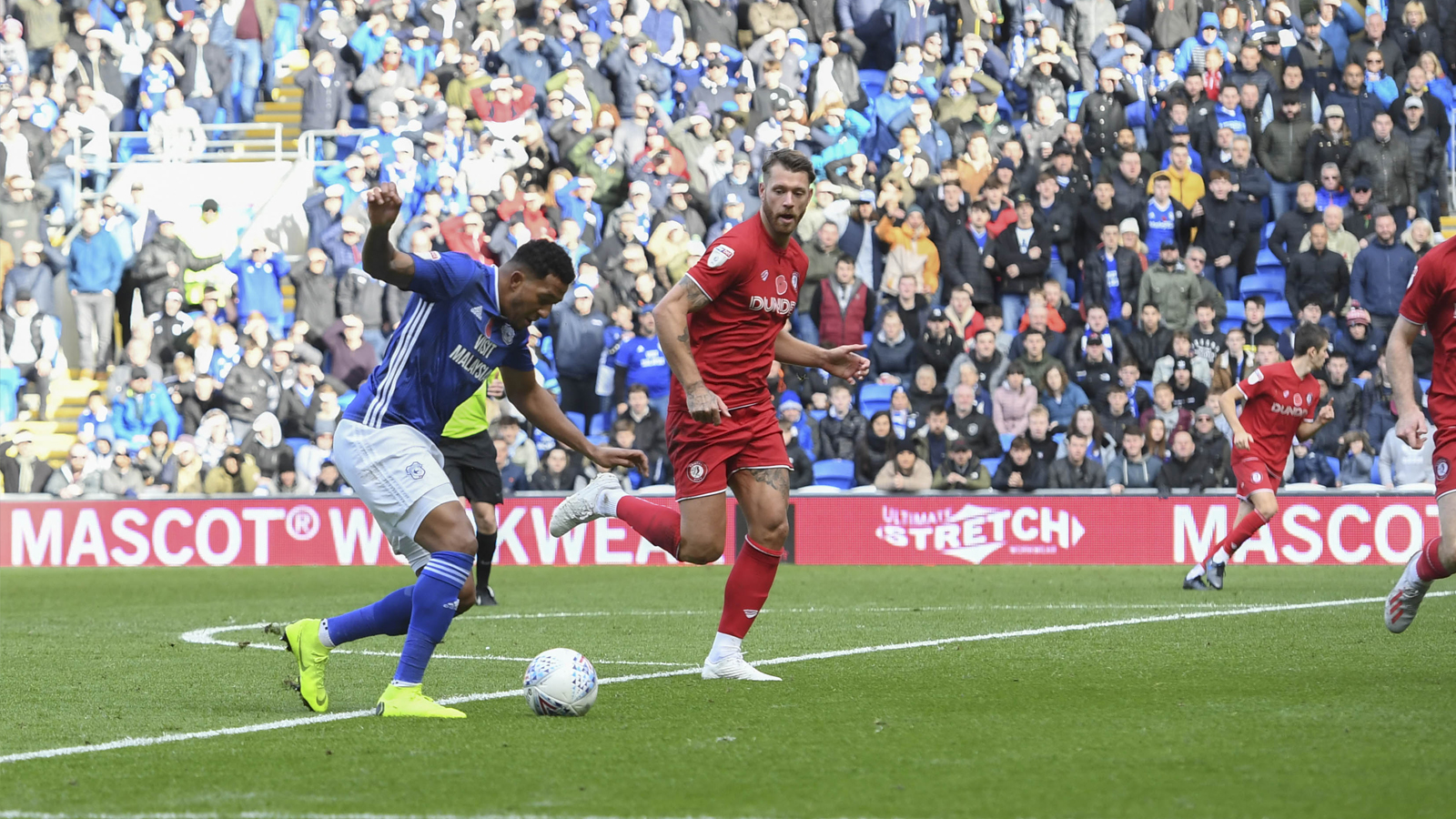 The Bluebirds fell to an unfortunate defeat in the Severnside Derby, contesting a hard-fought battle with the Robins. 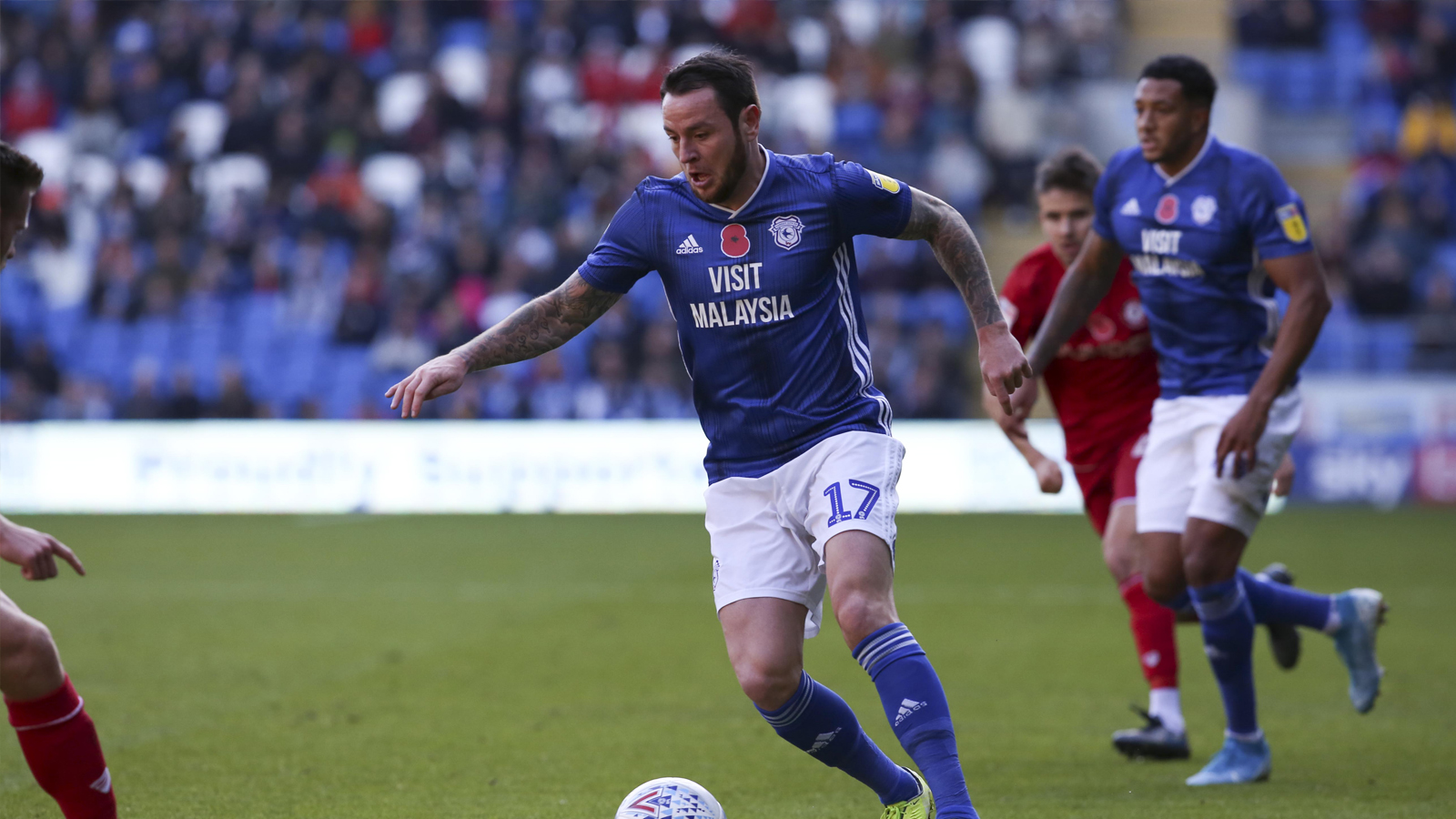 Neil Warnock made two changes to the side that defeated Birmingham City last time out. Hat-trick hero Joe Ralls missed out through injury, and was replaced by Lee Tomlin, whilst Omar Bogle came in for the suspended Danny Ward.

It was the visitors who started brightly in possession, enjoying the better of the first 15 minutes. However, the closest the Robins came to an opener was through Marley Watkins, who curled over the bar from the edge of the area.

The Bluebirds grew into the match as it continued, and dominated the final 15 minutes of the first half. Nathaniel Mendez-Laing went close with a low drive, which flashed past the post, with Omar Bogle testing goalkeeper Daniel Bentley minutes later.

City came closest after 34 minutes, with Junior Hoilett striking the crossbar. The Canadian winger cut inside onto his right foot, and curled a superb effort towards goal, which had Bentley beaten.

Unfortunately, the ball cannoned off the woodwork, and away to safety. Leandro Bacuna also went close, with a low drive that curled wide of the post, before the referee signaled for the interval. 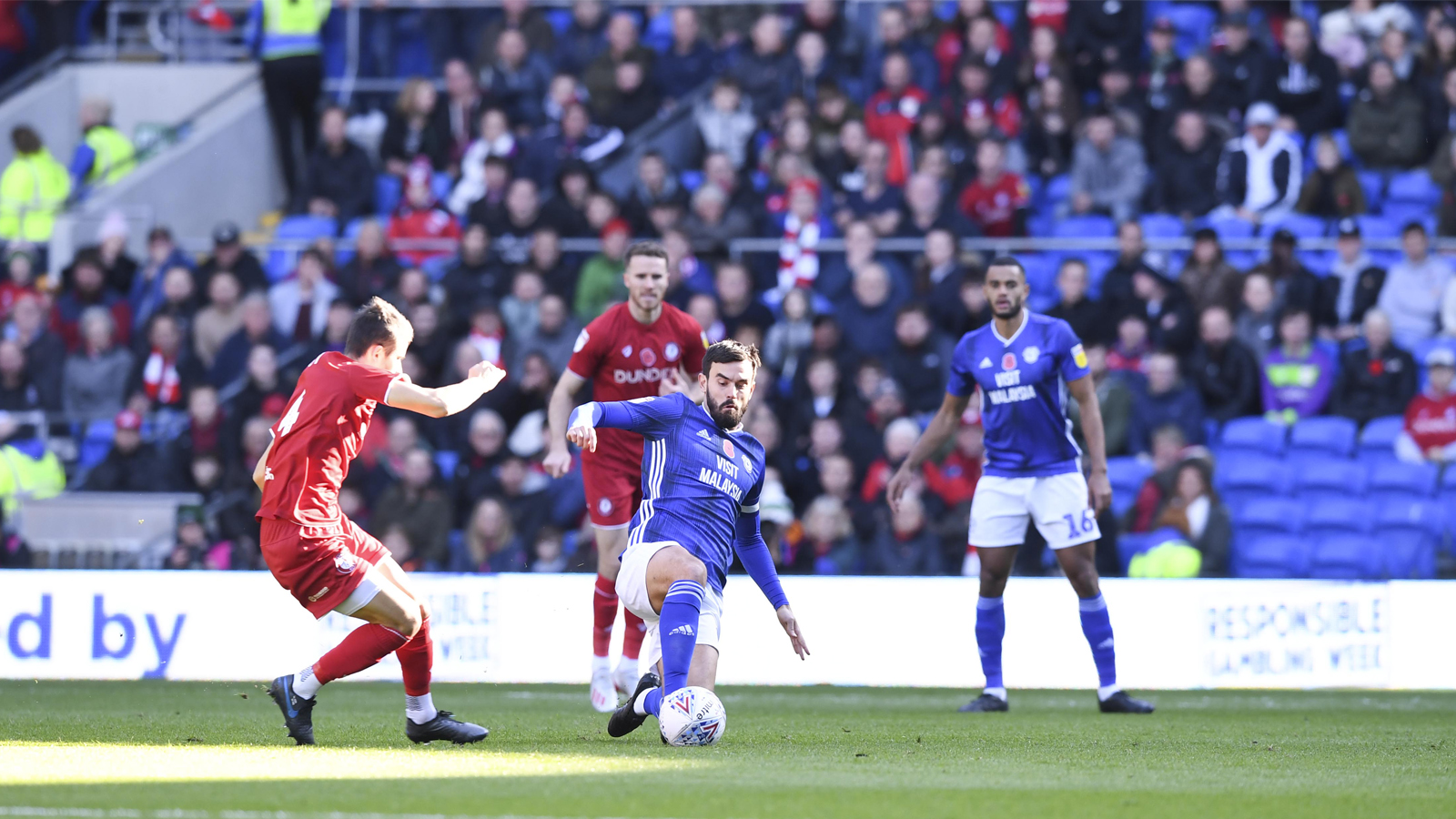 After the break, the Bluebirds almost forced an opener through Ashley Williams. A dangerous cross was met by the defender, who very nearly turned the ball into his own net. Minutes later, Bogle headed wide of goal from an inviting cross.

City hit the woodwork for a second time on the hour mark, with Leandro Bacuna striking. With the ball laid off to him on the edge of the box, the midfielder’s fierce drive clipped the top of the crossbar before flying over the top.

With the Bluebirds pressing, Bogle went close once again; some lovely build-up involving Tomlin, Hoilett and Mendez-Laing set up a side-footed effort, which forced an excellent block.

The Robins had chances of their own soon afterwards, with Callum O’Dowda’s sharp turn requiring an excellent tackle from Lee Peltier. However, it was a strike from Josh Brownhill which broke the deadlock after 68 minutes. The midfielder lined up a shot from the edge of the area, and found the top corner.

The Bluebirds fought to get back on level terms, introducing Gavin Whyte and Gary Madine. Mendez-Laing forced another excellent block, with a clever dribble into the area. From the resulting corner, Aden Flint’s looping header clipped the crossbar once again.

Despite late pressure on the visitors’ goal, and a powerful header from Madine which Bentley held well, the Robins were able to hang on for all three points.

The Bluebirds will next be in action following the international break, taking on Charlton Athletic on Saturday, November 23rd.