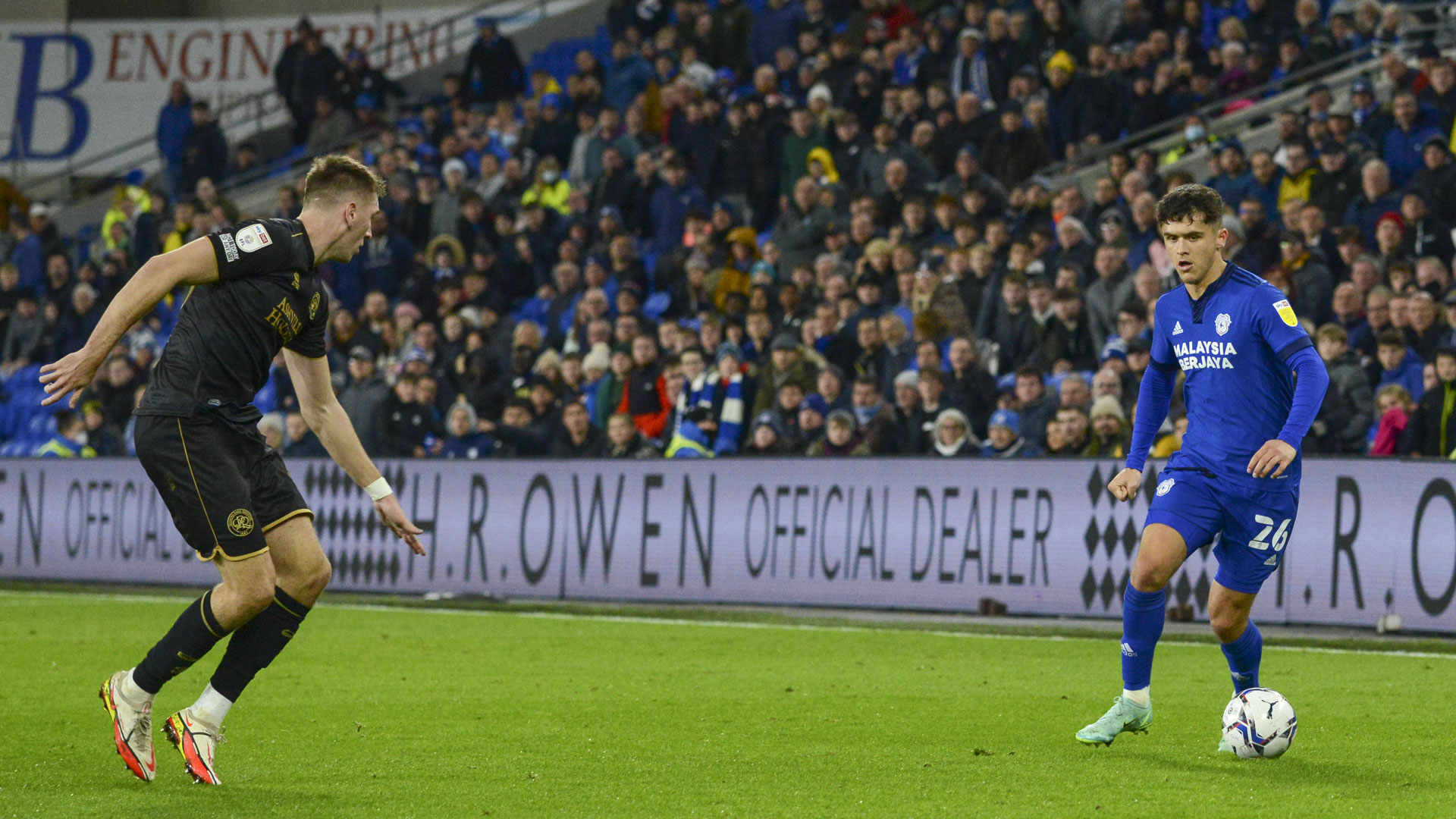 Andre Gray’s strike before the break was enough for Mark Warburton’s side to secure all three points.

Steve Morison made one change to the side that valiantly fought back to draw at Stoke City, as Marlon Pack came into the starting XI, replacing Leandro Bacuna.

City made a bright start and went close to taking an early lead, as Ryan Giles found space on the left to cut back to Perry Ng, who curled agonisingly wide. The Bluebirds pressed for the opening goal, with Wales international Rubin Colwill forcing a save out of Rangers goalkeeper Seny Dieng from the edge of the box.

As City’s positive spell continued, right-back Ng’s dangerous cross narrowly evaded the on-rushing Kieffer Moore. The Welsh striker was again involved as he laid the ball off to Pack on the edge of the box, whose powerful goal-bound effort was blocked.

Queens Park Rangers grew into the contest, as striker Gray beat the offside trap and clipped towards captain Stefan Johansen at the back post, only to be denied by some excellent defending from Giles. Moroccan international Ilias Chair found space on the edge of the box to strike at goal, but Mark McGuinness was alert with a fine block.

Warburton’s side took the lead in the 37th minute, as Andre Dozzell played Gray through, who finished into the bottom corner to give the R’s a 1-0 advantage at the break.

QPR created early chances in the second-half, with Chair and Lyndon Dykes forcing smart saves out of Alex Smithies. City responded well, as Giles broke down the left and crossed dangerously, only for his delivery to be cut out by Moses Odubajo to deny the on-rushing Colwill.

As the Bluebirds pushed forward for an equaliser, Rangers found space in-behind, with substitute Charlie Austin squaring to Dykes in the box, whose powerful effort at goal was blocked heroically by Sean Morrison. The Bluebirds continued to press to level the scoring, as substitute Mark Harris went close to making a swift impact, but his low cross into the area evaded Moore.

City went close in the dying minutes, as Colwill found Harris on the right side of the box, whose low cross was almost turned into his own net by Rangers defender Yoann Barbet. Despite late pressure from the Bluebirds, Morison’s side couldn’t quite find an equaliser.