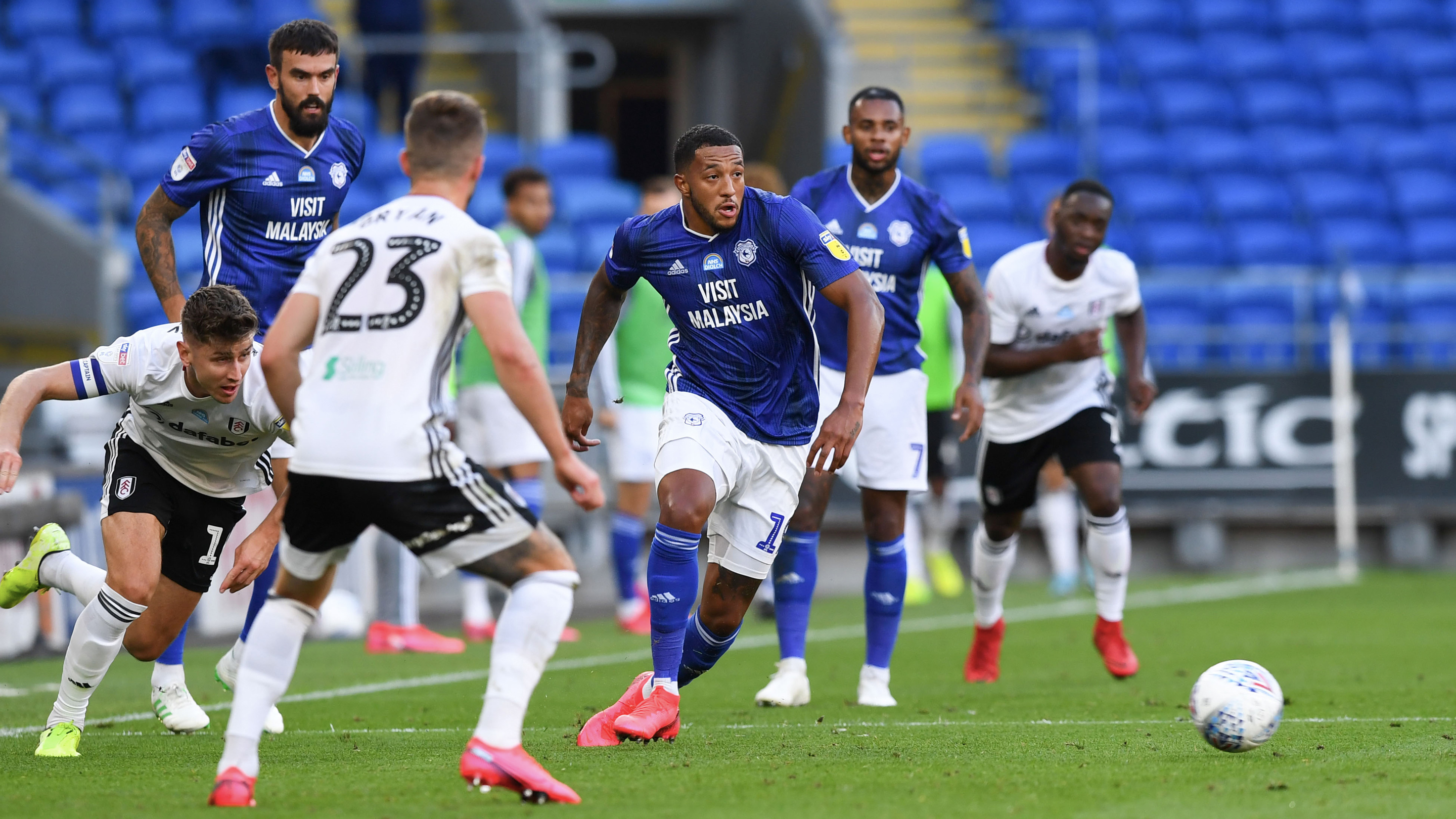 Fulham take a two-goal advantage into the Play-Off Semi-Final Second Leg after defeating the Bluebirds 2-0 at Cardiff City Stadium on Monday, July 27th, 2020.

Josh Onomah's individual effort early in the second half gave Scott Parker's side the lead before Neeskens Kebano scored the second with a direct free kick in added time.

Neil Harris named an unchanged line-up from the team that defeated Hull City in the final league game of the campaign. 2019/20 Championship top goal-scorer Aleksandar Mitrović missed out through injury for the away side.

The first real chance of the match came the way of the Bluebirds after 12 minutes. Leandro Bacuna broke forward from right-back, and from the edge of the box struck at goal left-footed. Marek Rodák tipped the ball away, but into the path of forward Robert Glatzel. City’s No.9 sprinted towards the rebound, but Michael Hector made a superb last second clearance to keep the game goalless.

Harris’ side started strongly and had another opportunity three minutes later. Lee Tomlin found space wide on the right before playing an exquisite pass to Junior Hoilett over on the left. The Canadian international set the ball for Glatzel to strike, but Rodak gathered his shot at the second attempt.

As the half continued, Scott Parker’s side grew into the game. In-form winger Neeskens Kebano’s cross was diverted towards goal by Josh Onomah after 38 minutes, but Alex Smithies made a fine save. Fulham captain Tom Cairney tried his luck from distance just before the break, but curled just wide of goal from 25-yards.

Lively midfielder Onomah showed his attacking credentials in scoring against City in the league match earlier this month - and it was the former Tottenham man who broke the deadlock for Fulham four minutes into the second half. Onomah beat three players during an impressive individual run before slotting into the back of the net.

The Bluebirds looked to find a response with City boss Neil Harris bringing on Will Vaulks, Danny Ward and Josh Murphy. City's best chance of the second half came with two minutes remaining. Murphy's long ball into the box bounced off the outstretched leg of Sean Morrison at close range, with the skipper unable to get a real connection on the effort.

The Whites were given a late opportunity to add to their lead when Morrison was adjudged to have fouled Cairney one minute into added time. Kebano's direct free kick from 20-yards flew into the back of the net to give Fulham a two-goal advantage going into the second leg.