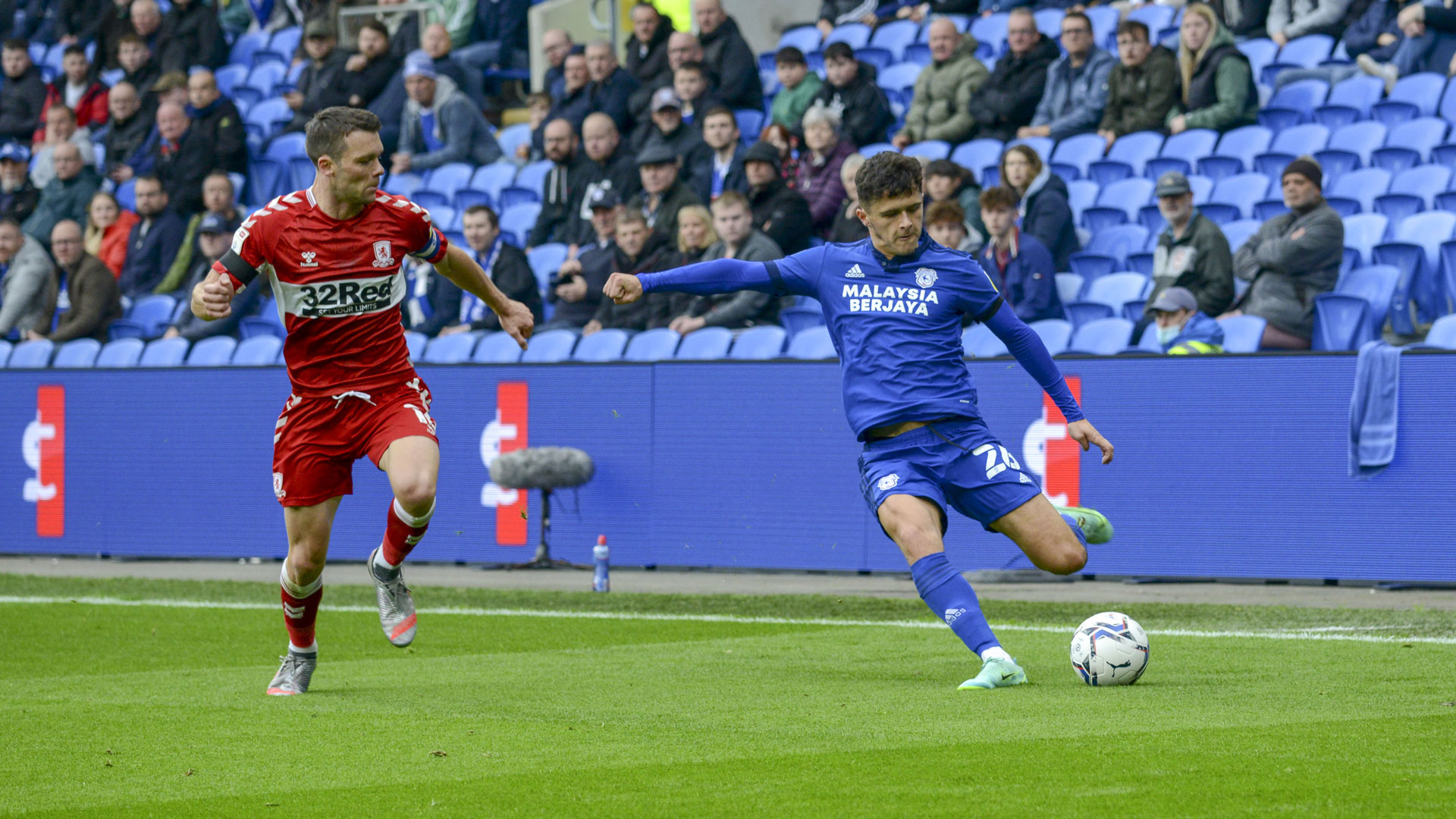 A first-half penalty from Slovenian international Andraž Šporar, as well as Martin Payero’s second-half strike secured the three points for the visitors.

Bluebirds boss Mick McCarthy made three changes to the side that played Fulham in midweek, with Ciaron Brown, James Collins and Mark Harris coming into the starting XI.

City started brightly and went close to opening the scoring in the first five minutes. Republic of Ireland international Collins’ powerful effort on the turn was goal-bound before being blocked by a Boro defender. Neil Warnock’s side also had opportunities in the early proceedings, as Jonny Howson broke forward and found Šporar, who was denied by some fine defending from Aden Flint.

The visitors continued to look dangerous, as former Bluebird Sol Bamba forced an excellent save from Alex Smithies with a towering header from a corner. Boro were awarded a penalty before the break with Mark McGuinness adjudged to have handled in the area. Šporar converted from the spot in the 35th minute to give Middlesbrough the lead.

Warnock’s men went close to doubling their lead shortly before the interval, as midfielder Matt Crooks raced through one-on-one with Smithies, only to fire wide of the mark. Striker Uche Ikpeazu also had an opportunity, cutting inside from the right to force a smart save from the Bluebirds ‘keeper, ensuring that Boro went into the break with a 1-0 advantage.

City made a positive start to the second period, as Ryan Giles found space on the left to deliver a dangerous low cross into the area, with Bamba clearing just ahead of the on-rushing Harris. In a goal-mouth scramble of numerous efforts at goal, Collins forced a save out of Joe Lumley before Rubin Colwill fired narrowly over the woodwork.

The Bluebirds went close once more, as Flint met a corner at the back post and headed onto the woodwork from close-range. Half-time substitute Kieffer Moore almost made a swift impact as he beat Lumley to Giles’ corner delivery, only to head over the bar.

As Cardiff pushed forward, Boro posed a danger on the counter-attack and created chances to double their lead. Šporar found space on the right to cross to Payero, who curled narrowly wide from the edge of the box. Former Manchester United defender Paddy McNair also went close, as his cross from the right hit the woodwork.

The visitors netted their second goal in the 74th minute, with Šporar finding Payero in the box, who drove a left-footed effort into the bottom corner to seal all three points for Middlesbrough.

Late on, debuts were awarded to Eli King & Isaak Davies, who have progressed through City's Academy. Sadly, the Bluebirds couldn't find a way back into the match.

City return to action on Saturday, October 30th to take on Stoke City at the bet365 Stadium.