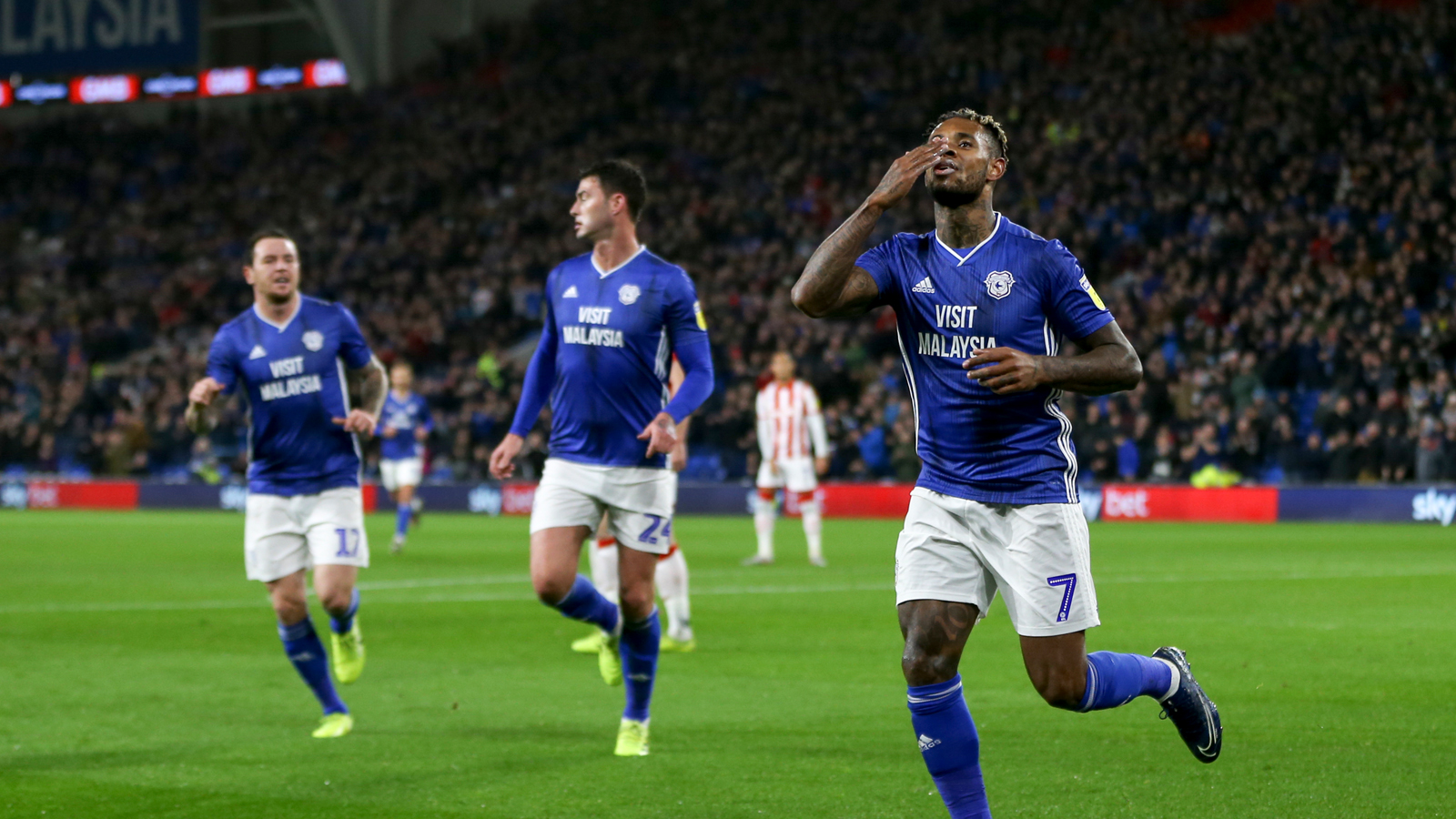 Neil Harris secured a victory for the Bluebirds with his first home match as City Boss on Tuesday night,  as his side defeated Stoke City under the floodlights at CCS. 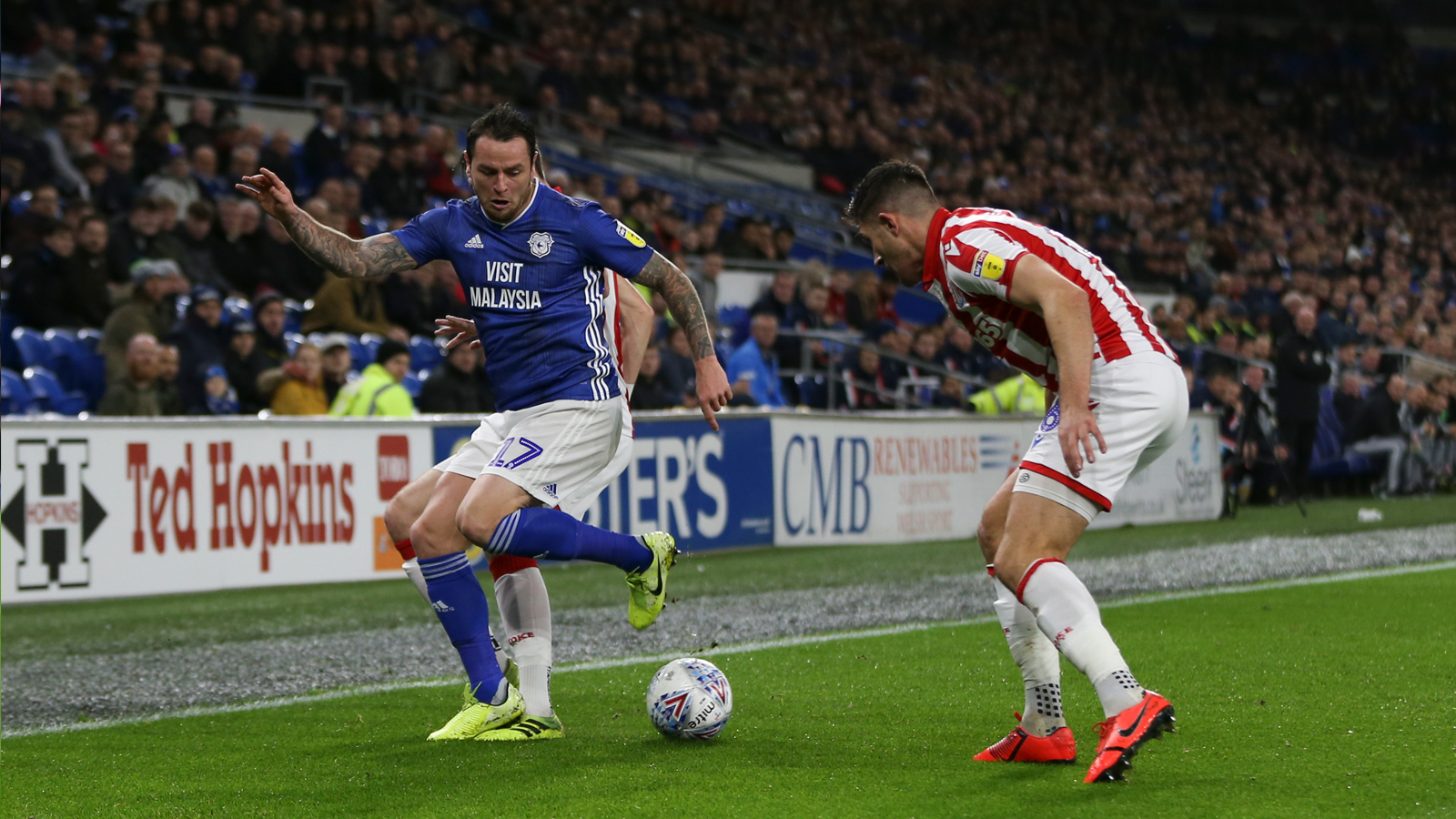 Ahead of his home debut as new Cardiff City Manager, Harris made one change to the side that started against Charlton Athletic on Saturday, replacing Callum Paterson with Lee Tomlin.

City broke the deadlock without waiting long as Leandro Bacuna scored his first goal for the Bluebirds shortly after ten minutes of play, striking home from close range at a tight angle. Gary Madine did well to set up the Curaçaoan, with a well-placed back heel inside the visitors' area.

The Potters’ first chance of the match came five minutes later, as they were awarded a free-kick from 20 yards out. Tom Ince stood up and struck towards goal, but his effort curled wide of the mark.

Gary Madine was cruelly denied his first competitive goal for City towards the end of the first half. Lee Tomlin’s run into the area was followed by a delicate pass towards the striker, whose quick shot was saved well by Jack Butland. 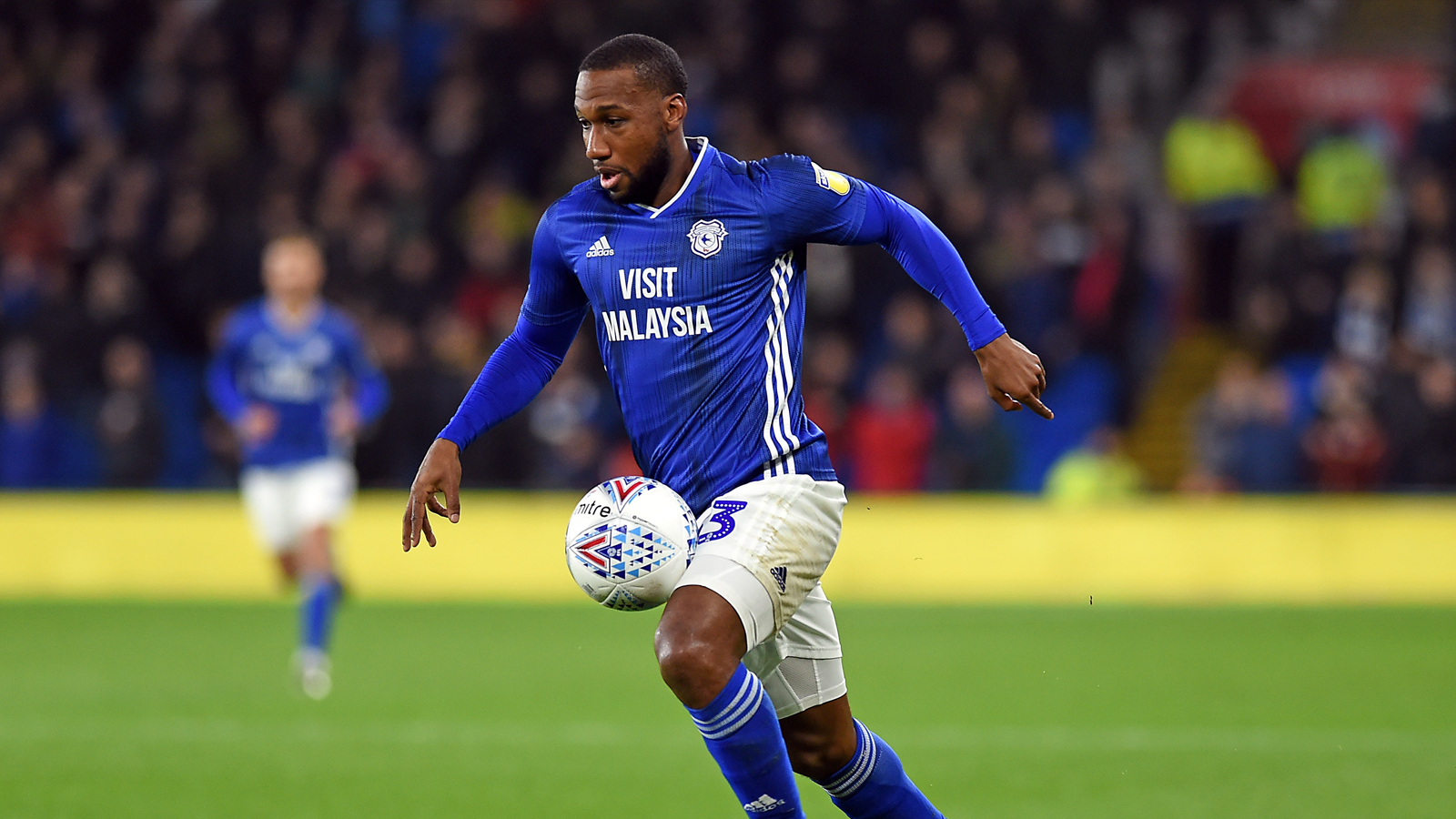 On the other end, Curtis Nelson made a terrific block to stop Joe Allen’s shot on the edge of the hosts’ area, throwing his body towards the ball as it left the midfielder’s foot.

Ince struck wide once again in the opening minutes following the interval, his shot curling wide and around the far post.

The Potters received another free-kick on the edge of City’s area shortly afterwards, which was shot directly at the wall, before a rebounded shot was collected by Neil Etheridge.

The City stopper did well to claim a crossed ball in the air moments later, interrupting the move as he rushed off his line under pressure. 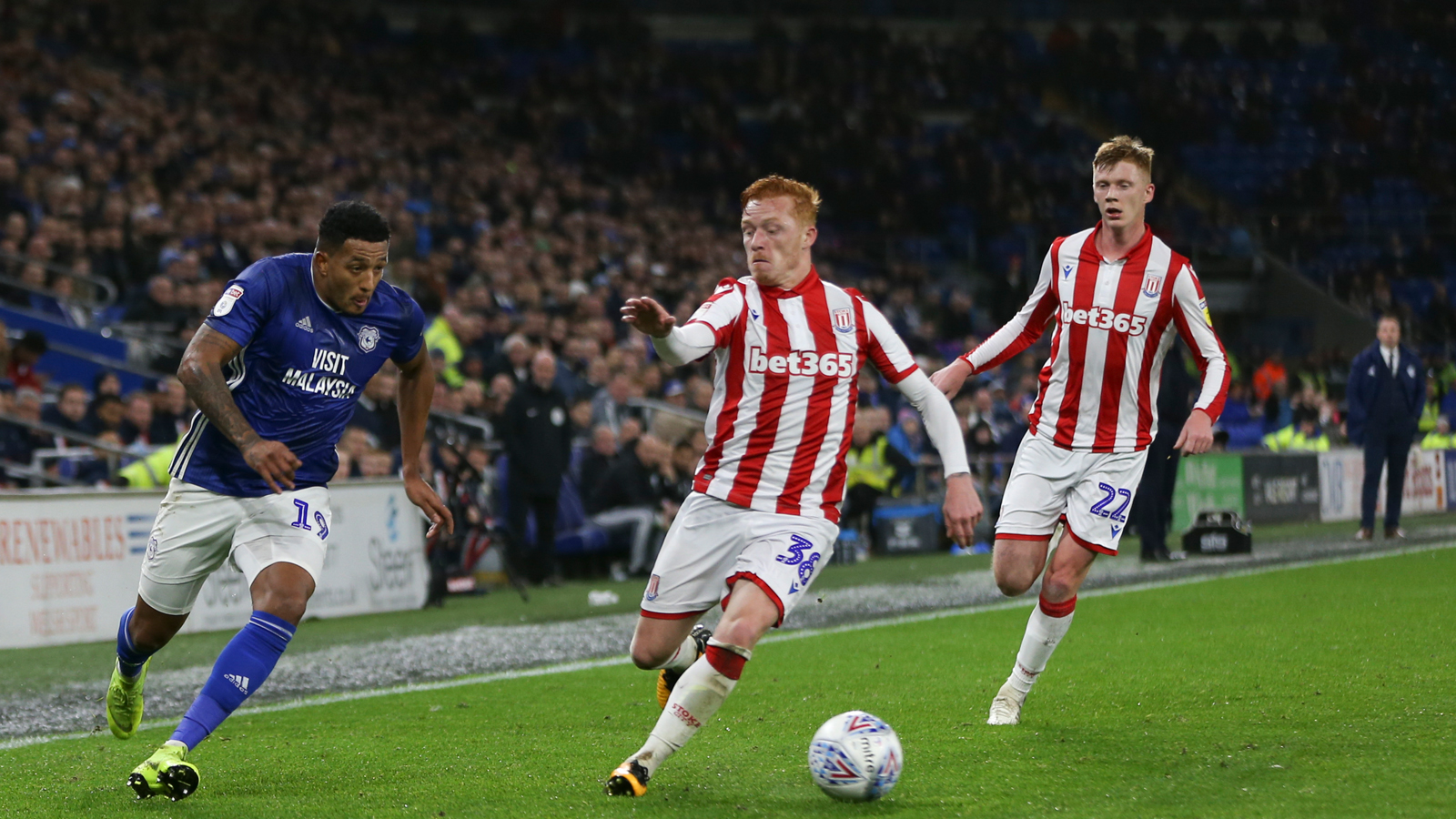 City continued to look dangerous in attack, as Lee Tomlin was denied by the visitors twice in quick succession when his shot rebounded from Butland’s palms to then be deflected out by Bruno Martins Indi.

Bacuna’s shot from range nearly found him his second goal of the evening with little over 20 minutes remaining, but the ball flew wide at the far post.

Lee Peltier made a terrific tackle inside his area to deny the Potters once more with full time approaching, using his physicality to reduce the threat on goal.

With five minutes added on, City had to hold tight as their opponents continued to attack in search of an equaliser. 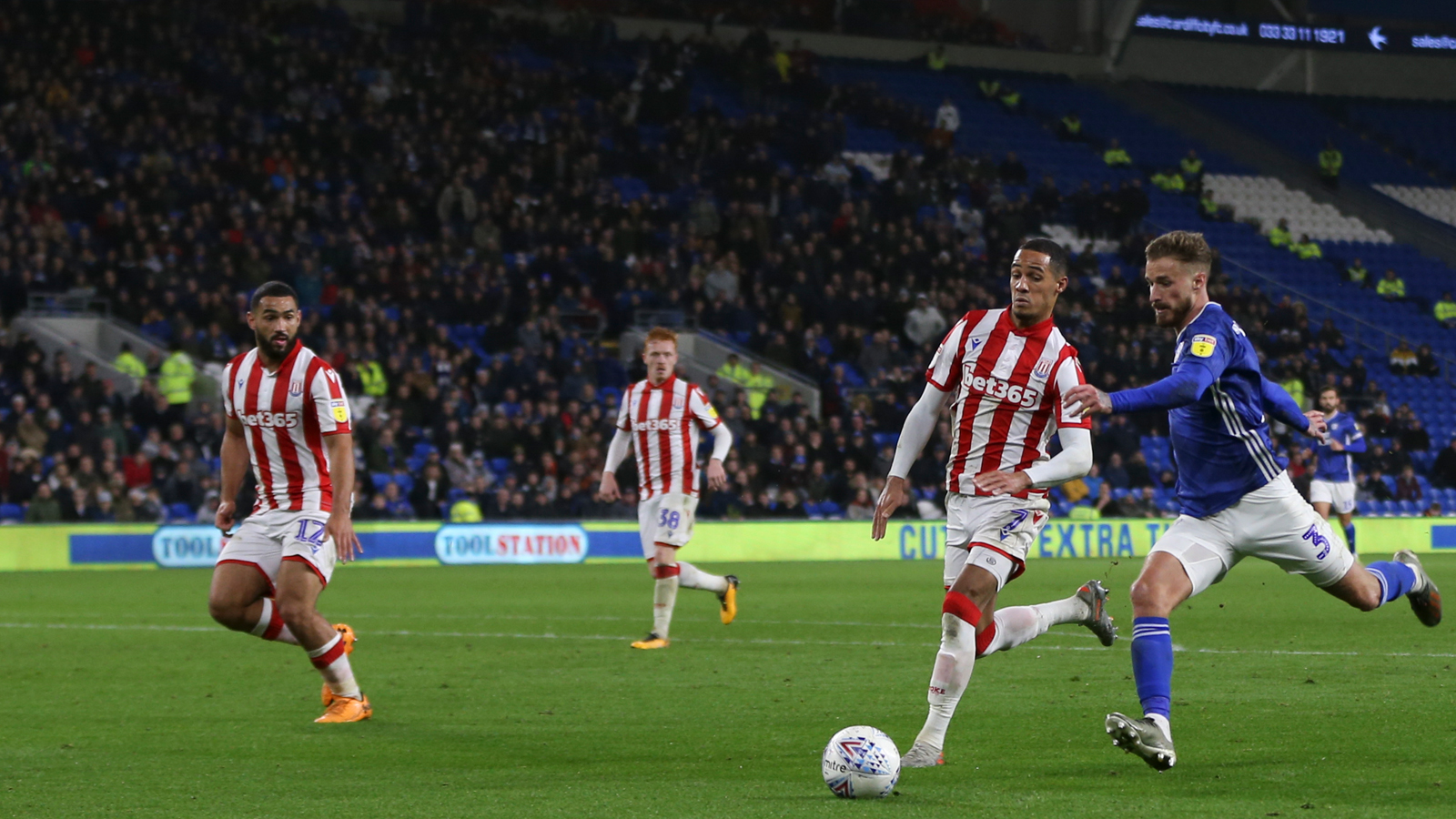 Substitute Scott Hogan’s shot from an acute angle proved Stoke’s clearest opportunity in the dying minutes of the match, though his effort flew high across the face of goal, while Etheridge saw out the final play of the match by once again claiming a cross in the air, his subsequent kick to clear being met by the referee’s whistle and the cheers of the home crowds.

With the victory, Neil Harris had secured three points for the Bluebirds at the end of his first home match as City Boss.

Following Tuesday night’s victory against the Potters, Cardiff City will travel to face Nottingham Forest at the City Ground on Saturday, 30th November.