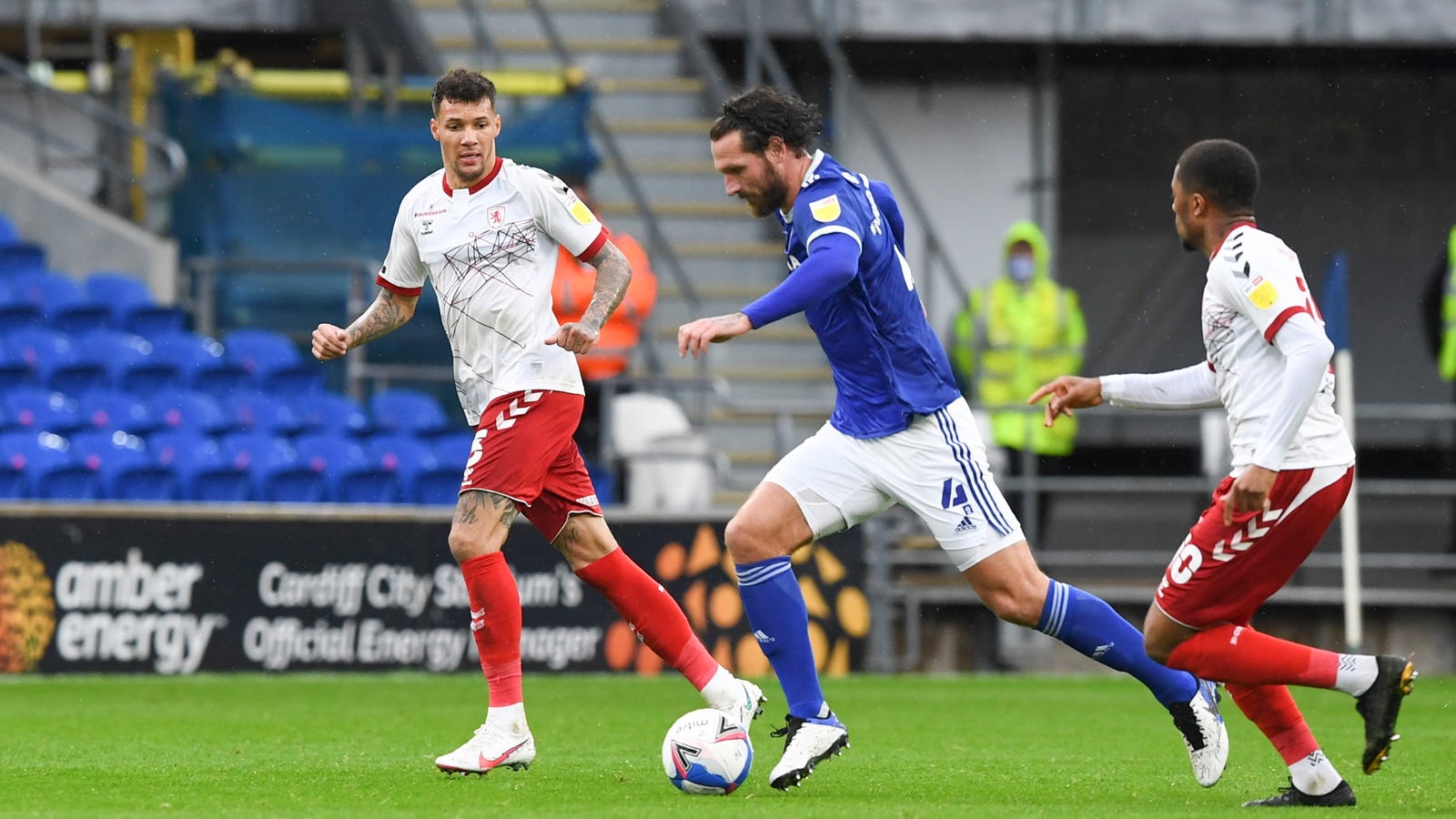 Cardiff City were held to a 1-1 draw by Middlesbrough at Cardiff City Stadium on Saturday afternoon.

Following George Saville’s first-half opener, Sheyi Ojo’s second goal in three matches levelled the scores, with the Bluebirds forced to settle for a share of the spoils.

The Bluebirds’ opening opportunity came after four minutes. Winger Murphy lofted the ball cross-field to Harry Wilson and from the edge of the box, the midfielder shooting just wide under pressure.

With chances coming for both sides, it was the visitors who took the lead with 36 minutes played. Saville headed into the far side of the net from Marcus Tavernier’s corner.

The hosts responded by nearing a leveller five minutes later. Striker Moore strode towards the area, before unleashing a strong strike that sailed agonisingly astray of the post.

City were then denied by a brilliant stop on the stroke of half-time. Determined Murphy gathered midfielder Ralls’ pass, paced forward and struck low towards the bottom corner, but Marcus Bettinelli saved.

After the interval, it took little time for the Bluebirds to get another attempt on target. Will Vaulks’ superb rising effort from the area’s edge was kept out by goalkeeper Bettinelli’s fingertips.

Hunting for the lead, City came close ten minutes later. 23-year-old Wilson controlled Robert Glatzel’s pass outside the box and shot towards goal, but it was deflected just over the crossbar.

Striker Moore hit wide from the Bluebirds’ final chance on the 90-minute mark and the teams took a point apiece.