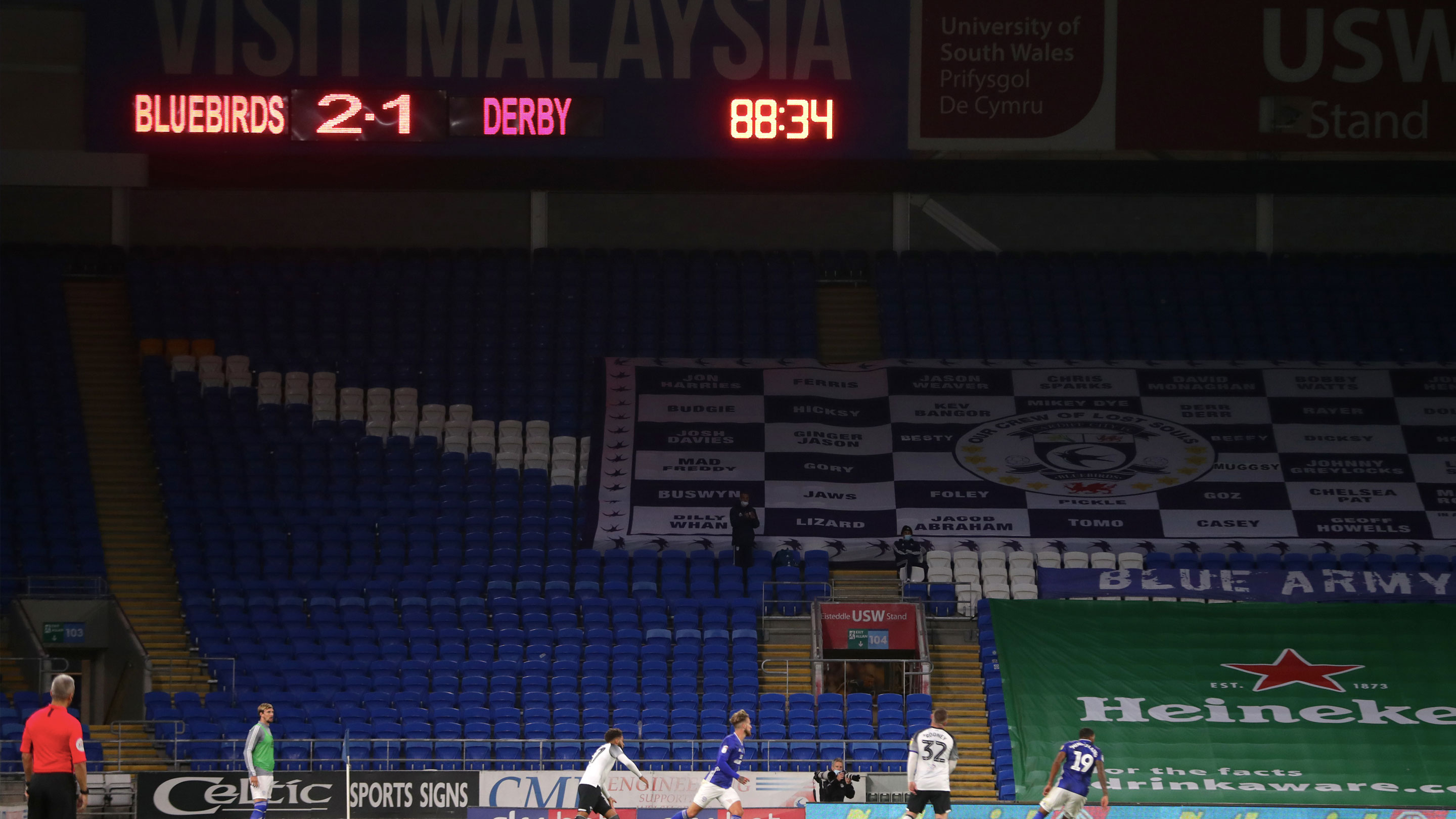 The Bluebirds took the lead after 17 minutes - Junior Hoilett capitalising on a defensive error. Jason Knight's 30th minute effort levelled the game but a moment of magic from Lee Tomlin secured all three points for City in the second half.

Neil Harris welcomed Lee Tomlin, Robert Glatzel and Marlon Pack into the starting eleven for the visit of the Rams. Leandro Bacuna switched to right-back, with Pack, Tomlin and Joe Ralls forming a midfield three.

It was the home side that started strongest - dominating possession in the opening 15 minutes without any real shooting opportunities appearing.

The first goal of the match came after 17 minutes as Junior Hoilett reacted quickest to a misplaced back pass from Jason Knight. The Canadian international rounded Rams goalkeeper Kelle Roos before slotting the ball into the empty net to give City an advantage in this battle of two play-off contenders.

Tomlin, making his first start for the Bluebirds after suffering injury in February, nearly added to the advantage four minutes later. Nathaniel Mendez-Laing and German forward Glatzel countered at pace. Mendez played a one-two with his striker before finding Tomlin free in the area but Roos smothered the City No.17's effort.

It was after the first drinks break of the match on 22 minutes that Phillip Cocu's team really showed their top six credentials. The away side dictated play for the following fifteen minutes, during which they levelled up the scoreline. At fault for the opener, Irish youth international Knight made amends, putting the finishing touch on a swift counter attack involving the lively Louie Sibley.

Harris’ men stayed strong after conceding despite intense pressure and eventually turned the tide once again.

Tomlin’s brilliant individual run after 41 minutes was stopped by a last ditch challenge from Matt Clarke before City goal-scorer Hoilett saw a curling effort tipped away in added time.

The Bluebirds had to be alert on the counter though with the half finishing in an end-to-end fashion. A combination of Sean Morrison and Curaçao international Bacuna managing to block and clear as Chris Martin burst into the box.

The away side nearly netted within two minutes of the restart through England youth international Sibley. His powerful effort was tipped into the side netting by Alex Smithies.

Both sides were looking to their creative players for inspiration - and that moment of magic came for Cardiff City with 59 minutes on the clock. Wayne Rooney was caught in midfield by Lee Tomlin, who stole the ball from his experienced counterpart and drove at goal. With Glatzel to his left, Tomlin decided to go alone from 20-yards - and the correct decision it was. The ball hitting the back of the net off the inside of the post to give the Bluebirds their lead back.

In a must win game for both sides, it was the South Wales side who looked more likely to add to their tally rather than concede. Ralls’ header from Danny Ward’s cross hit the woodwork while Mendez-Laing was denied by the feet of Roos inside the final five minutes.

Former City loanee Tom Lawrence tried his luck from distance and Derby sub Jack Marriott flashed a header across the goal and wide with a minute remaining - but the away side failed to test Smithies as full time approached. The Bluebirds maintained possession well for the six minutes added on to ensure they would take the three points from this huge clash.