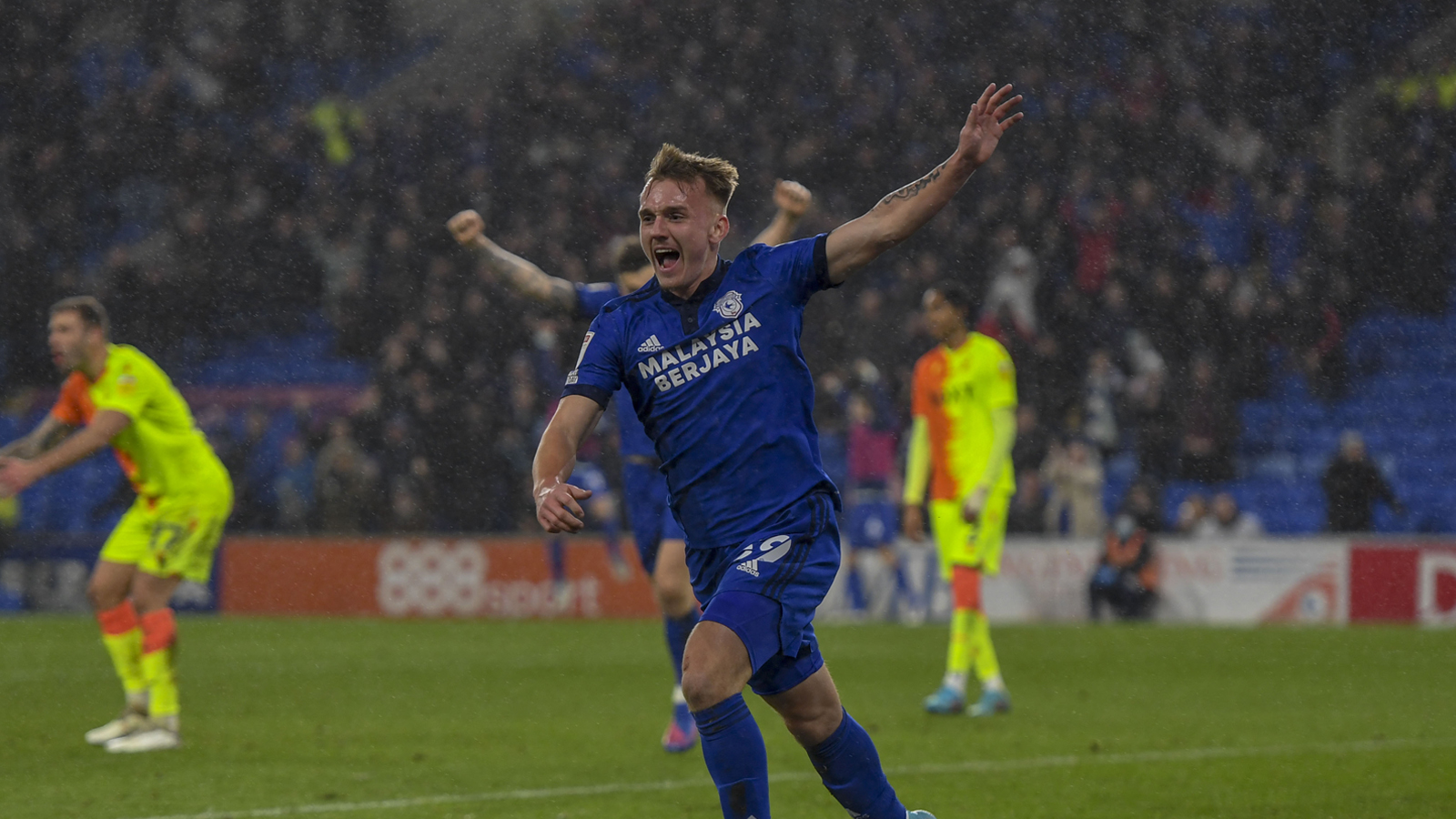 Jordan Hugill’s early opener got his City career got off to a dream start, before Isaak Davies netted his second senior goal in the second period.

The Bluebirds got off to a strong start, and it didn’t take long for debutant Hugill to make his mark. Perry Ng intercepted Scott McKenna’s misplaced pass and found the 29-year-old, who charged through and calmly finished into the bottom corner.

Play then tightened with the hosts hunting a second and the visitors a leveller, but Forest did create a chance with 27 minutes played. Brennan Johnson’s low cross was scooped into the air by Cody Drameh, before Alex Smithies punched clear.

City came close to doubling their lead from a spectacular effort, with 33 minutes on the clock. The lively Hugill flicked the ball towards strike partner Watters, who chested it down and Joe Ralls volleyed agonisingly over the crossbar.

Hugill then had a volley of his own just three minutes later; he sped to meet Tommy Doyle’s first-time cross, but the strike was kept out by Brice Samba.

After the interval, the Bluebirds were nearly gifted a second goal by Forest. Defender McKenna unsteadily knocked the ball back in search of goalkeeper Samba, but it was wayward and drifted just wide - to the away side’s relief.

City relentlessly looked to double their advantage, and substitute Davies did just that with 25 minutes of the 90 remaining. A fantastic effort from Ralls saw the ball curl off the post, hitting stopper Samba’s back. The ball fell kindly to 20-year-old Davies, who tapped home with ease scored his first Championship goal.

The home side attacked for a third, but the next clear-cut opportunity went to the visitors after 85 minutes. Xande Silva came off the bench and drove into the box, but put the ball over the crossbar under little pressure.

Forest managed to find a late consolation goal, four minutes into added time. Keinan Davis headed in from close range, but it wasn’t enough as the Bluebirds returned to winning ways with a superb all-round performance.