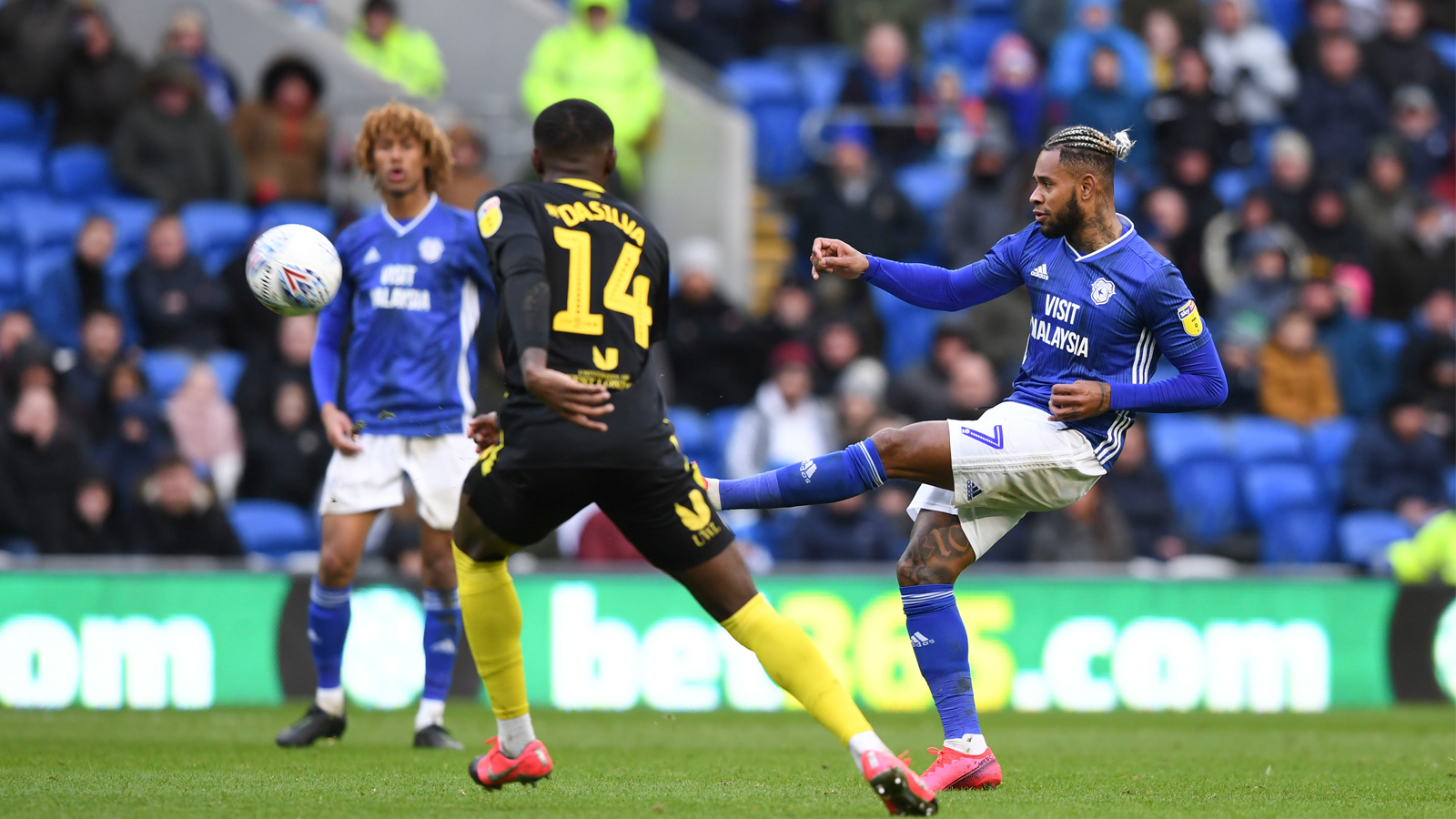 Following Tuesday night’s fixture against Nottingham Forest, the Bluebirds came from two goals down to score a draw against the Bees at CCS.

Joe Ralls came in for his first Championship start since mid-December, whilst Albert Adomah and Leandro Bacuna also returned to the eleven.

The Bees went ahead after five minutes, scoring from a corner-kick. The ball was met by captain Henrik Dalsgaard but fell to centre back Luka Racic. A few yards from goal, the defender fired into the far corner to give the visitors an early lead.

City went close to an equaliser later in the half, hitting the woodwork from a long throw. Junior Hoilett met the ball and went down under pressure from Dalsgaard, with the referee waving away the appeals. Meanwhile, Callum Paterson rose to head the ball, nodding it downwards, but unfortunately against the foot of the post.

After Paterson saw a fierce shot tipped over the crossbar, Brentford doubled their lead through Bryan Mbuemo. Emiliano Marcondes went down under pressure, with Mbuemo stepping up to take the free kick. The young Frenchman curled the ball past Alex Smithies and into the net, doubling the visitors’ advantage.

The Bluebirds pulled one back just after the half-hour mark, with Hoilett heading home. Will Vaulks, Ralls and Adomah linked up well down the right flank, with the winger going to the byline and clipping the ball across goal.

Hoilett was on hand at the back post, applying a powerful downward header to halve the deficit. Saïd Benrahma forced Alex Smithies into a fine save a few minutes later, with a swerving strike that was parried away by the City stopper.

As the Fourth Official indicated the beginning of stoppage time, Neil Harris’ men got back on level terms thanks to Joe Ralls. A trademark long throw from Vaulks was met by skipper Sean Morrison, who flicked the ball on towards the back post.

Having made an instinctive run in front of his marker, Ralls nodded home with ease to send the two sides into the break with the scoreline all square.

The Bluebirds began the second period as the better side with the ball and looked increasingly dangerous on the counter attack. After Brentford’s Benrahma forced a strong save from Alex Smithies, City broke quickly, and almost scored at the other end.

From the right, Callum Paterson played a low ball across the face of goal, although, from close range, Joe Bennett could only fire wide of the target.

With ten minutes remaining, City saw two penalty appeals waved away by the referee. Firstly, Sean Morrison looked to have been dragged down by two Brentford defenders, with nothing more than a throw-in awarded.

From the resulting delivery, Junior Hoilett got his toe to the ball and was clearly caught by Rico Henry – but, again nothing was given.

Both goalkeepers were called into action late on, as the two sides went in search of a winner. Having been played in by Vaulks, Albert Adomah saw his curling effort on goal well held by David Raya.

At the other end, a similar strike from Benrahma forced Alex Smithies to make a low stop, ending an exciting match with the spoils shared. The Bluebirds will next be in action in seven day’s time, facing Barnsley at Oakwell on 7th March.