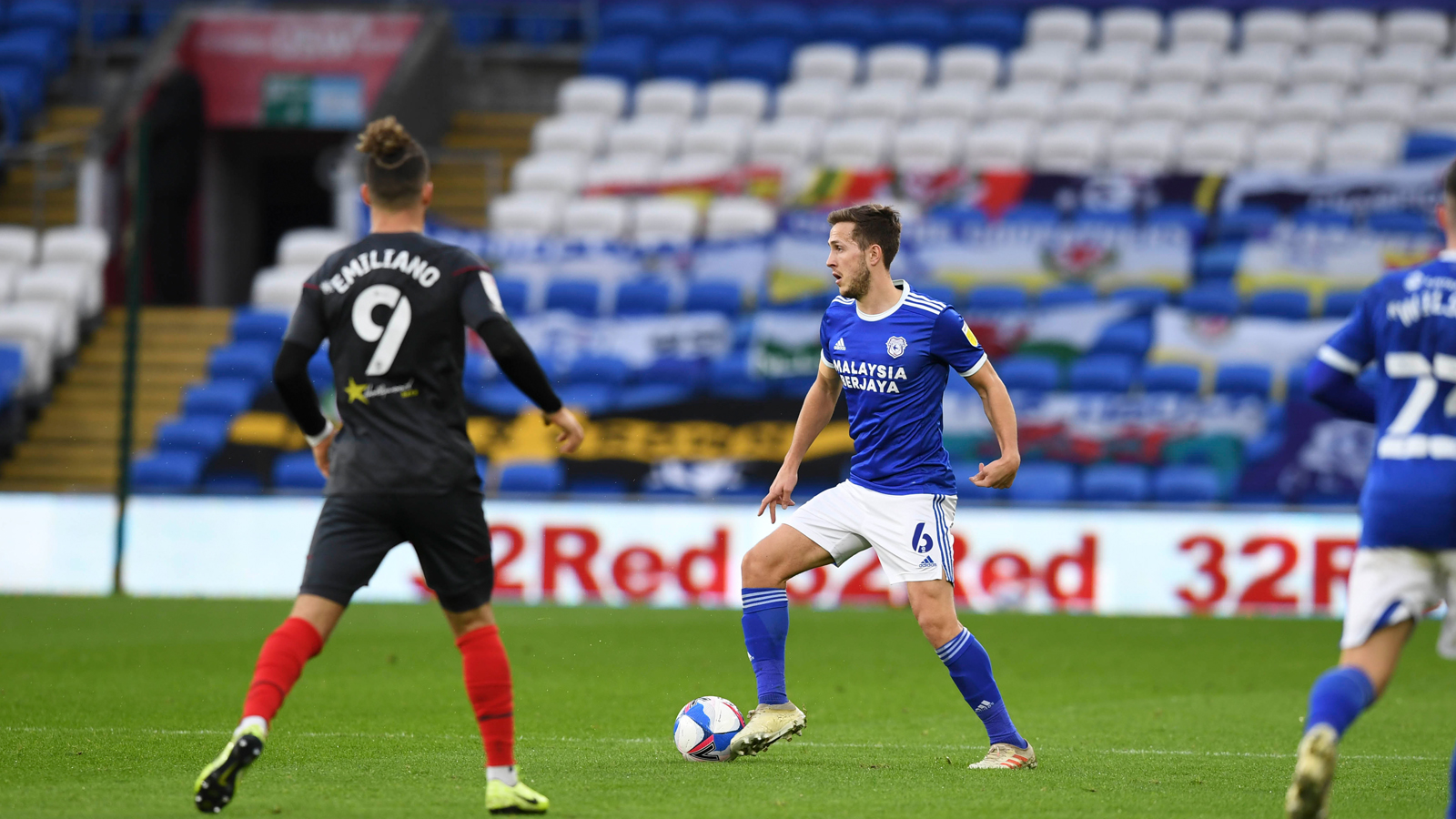 Cardiff City slipped to a 3-2 Boxing Day defeat against the Bees at CCS.

Taking the lead in the first half through Will Vaulks’ strike from his own half, Sergi Canós’ hat-trick ultimately secured the three points for the visitors despite a late comeback attempt from the Bluebirds.

With City returning to CCS for the Boxing Day meeting with the Bees, Joe Bennett returned to the starting line-up alongside Junior Hoilett.

Leandro Bacuna’s cross into the visitors’ area was City’s first threat towards goal at ten minutes in, but ‘keeper David Raya was on hand to intercept.

On the other end, Canós’ volley from a corner kick flew wide from 20 yards, with Bacuna intercepting a low cross deep in City’s area moments later.

With the first half drawing to a close, Vaulks surprised the visitors as he opened the scoring in spectacular fashion from his own half.

Teed up by Robert Glatzel and seeing Raya well off his line, the midfielder struck for goal, putting City ahead as the ball soared into the back of the net.

Following the interval, early pressure from Brentford led to an equaliser in the 50th minute of play, as Canós’ volley from outside the area arched over the reach of Smithies and into the net.

A second from the Spanish winger put the visitors in the lead before the 23-year-old got his hat-trick in the 73rd minute.

City halved the deficit only three minutes later, as Vaulks picked up his second goal of the afternoon with a well-placed half-volley off Sean Morrison’s headed pass.

The hosts applied the pressure for the remainder as they sought an equaliser. The search for a third goal was ultimately unsuccessful, however, with the final whistle confirming the visitors' victory in South Wales.