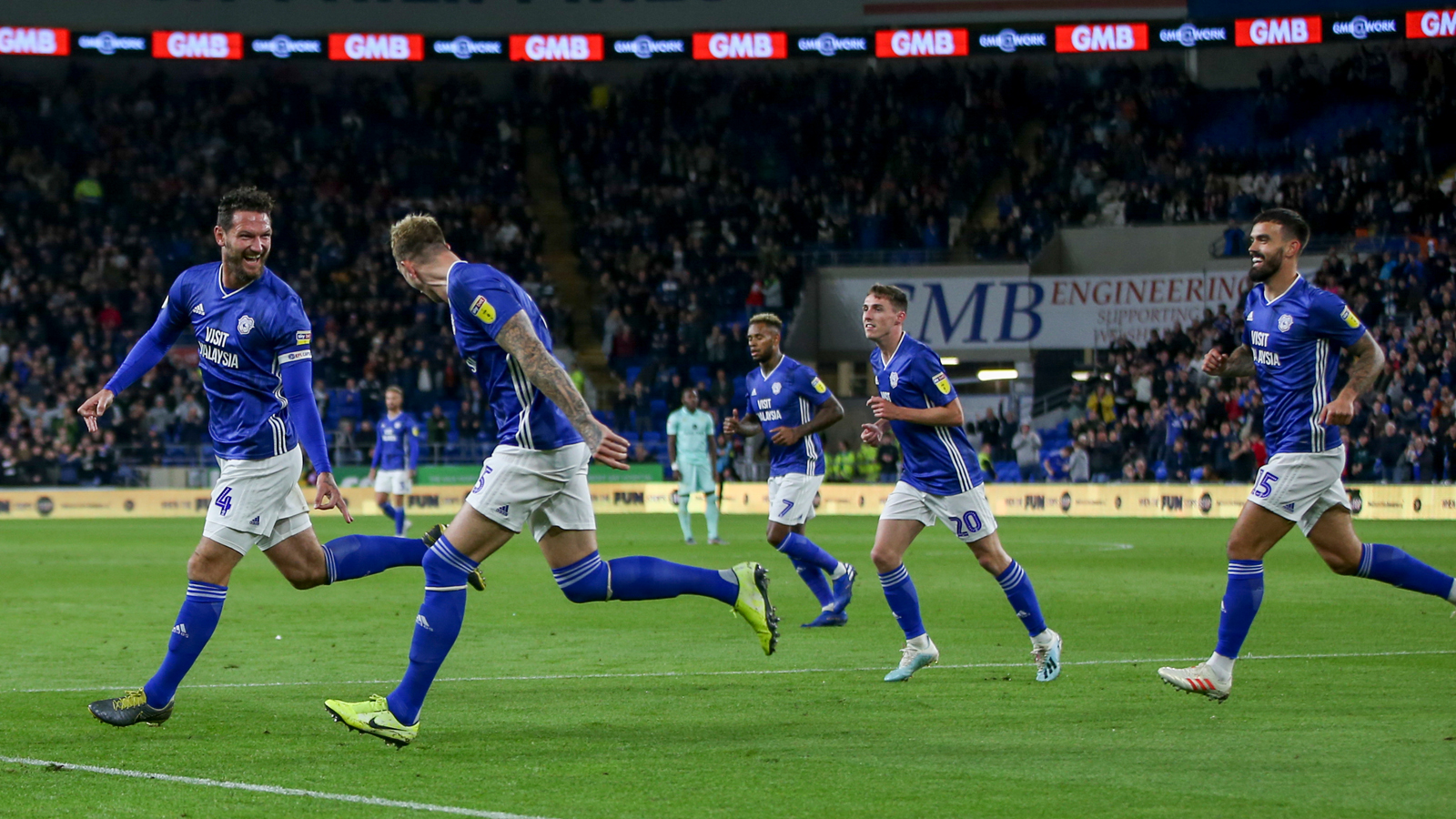 The Bluebirds extended their unbeaten league run to seven matches against QPR on Wednesday night, defeating the Rangers convincingly under the floodlights at CCS. 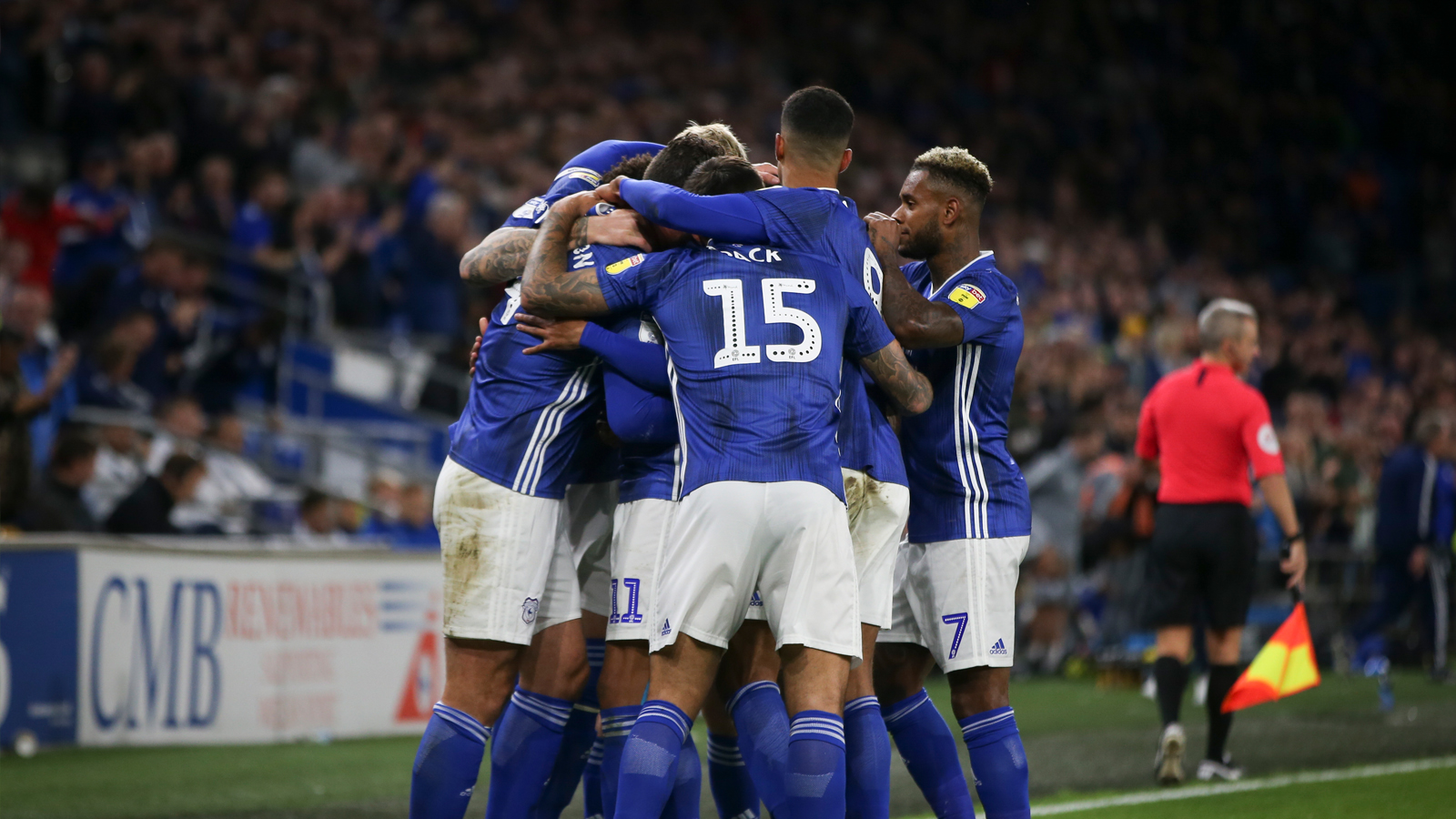 Neil Warnock made two changes to the side that started against Hull City over the weekend, introducing Josh Murphy and Lee Tomlin to the starting lineup.

QPR had the first chance of the encounter, as Bright Osayi-Samuel ran down the right flank and took a shot towards goal just inside City’s area. However, Alex Smithies was on hand to pull off a terrific save five minutes into the match.

Shortly afterwards City had their first chance as Joe Bennett played a terrific ball down the left wing for Josh Murphy to run onto. The winger’s cross flew invitingly in front of the mouth of the goal, but Robert Glatzel was unlucky not to make contact with the ball.

The Bluebirds took the lead after 11 minutes through Sean Morrison. From the left wing, Lee Tomlin swung a free-kick towards the back-post and Aden Flint headed towards the skipper, who touched in with his head. 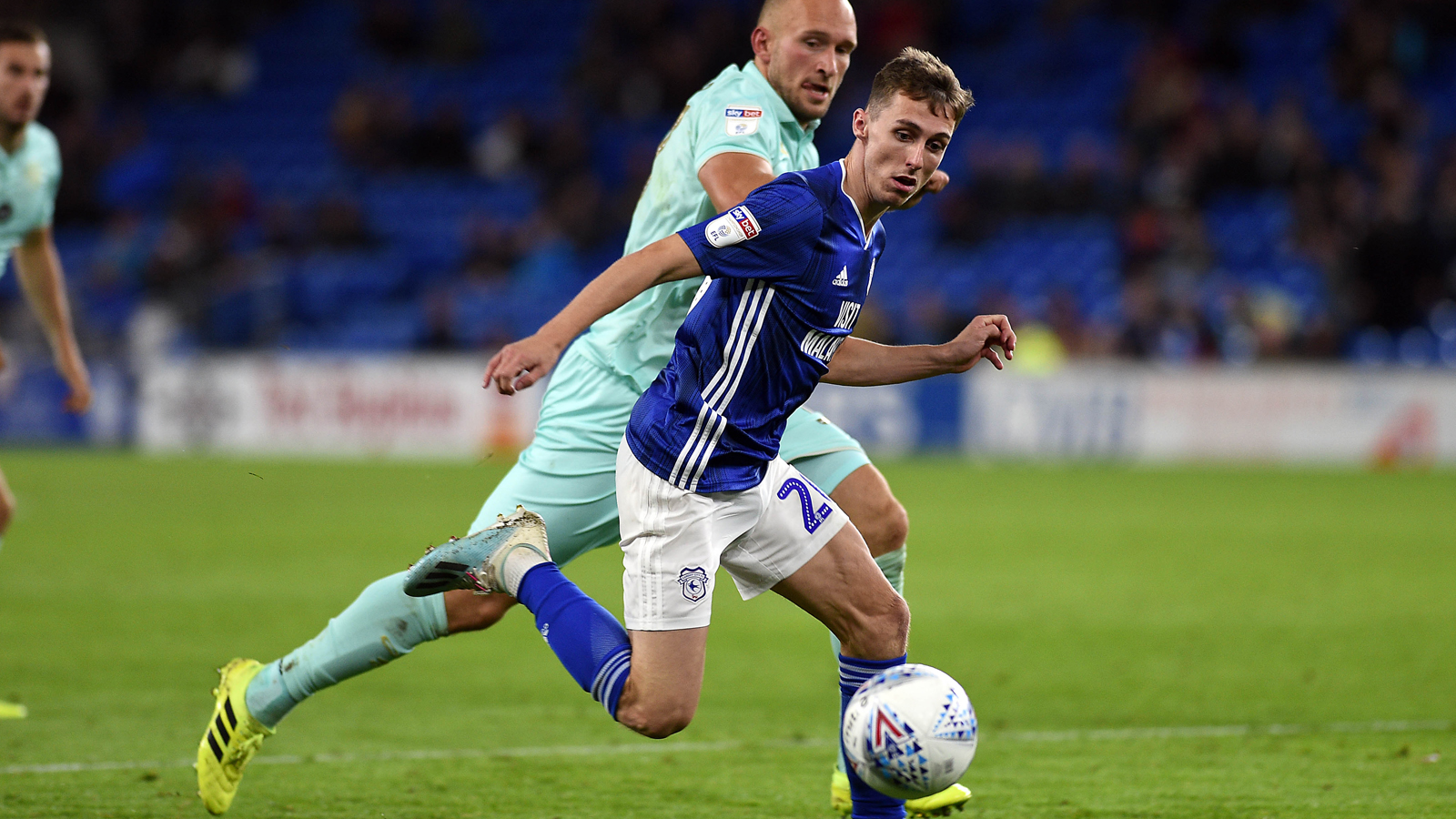 Ryan Manning’s cross provided the visitors with a chance of a quick equaliser, but Angel Rangel failed to get his head onto the outswinging ball.

Goalscorer Morrison pulled off two great clearances in quick succession towards the half hour mark, his first denying Osayi-Samuel a run through on goal well inside City’s area.

Rangers nearly equalised through Eberechi Eze with ten minutes of the half remaining, as his curled effort from 20 yards shot off Smithies’ left post.

Smithies made another nice save only minutes later as the visitors chased their first goal. The former Ranger got down low to deny Ilias Chair’s fierce shot on goal from inside the area, keeping City ahead.

City had the last chance of an exciting first half with a corner kick at 45 minutes. Lee Tomlin passed the ball to an expectant Gavin Whyte, who himself drilled the ball along the floor towards the back post.

Marlon Pack had run into the space created by the move and shot home gracefully on his first touch to put City two ahead at the break. 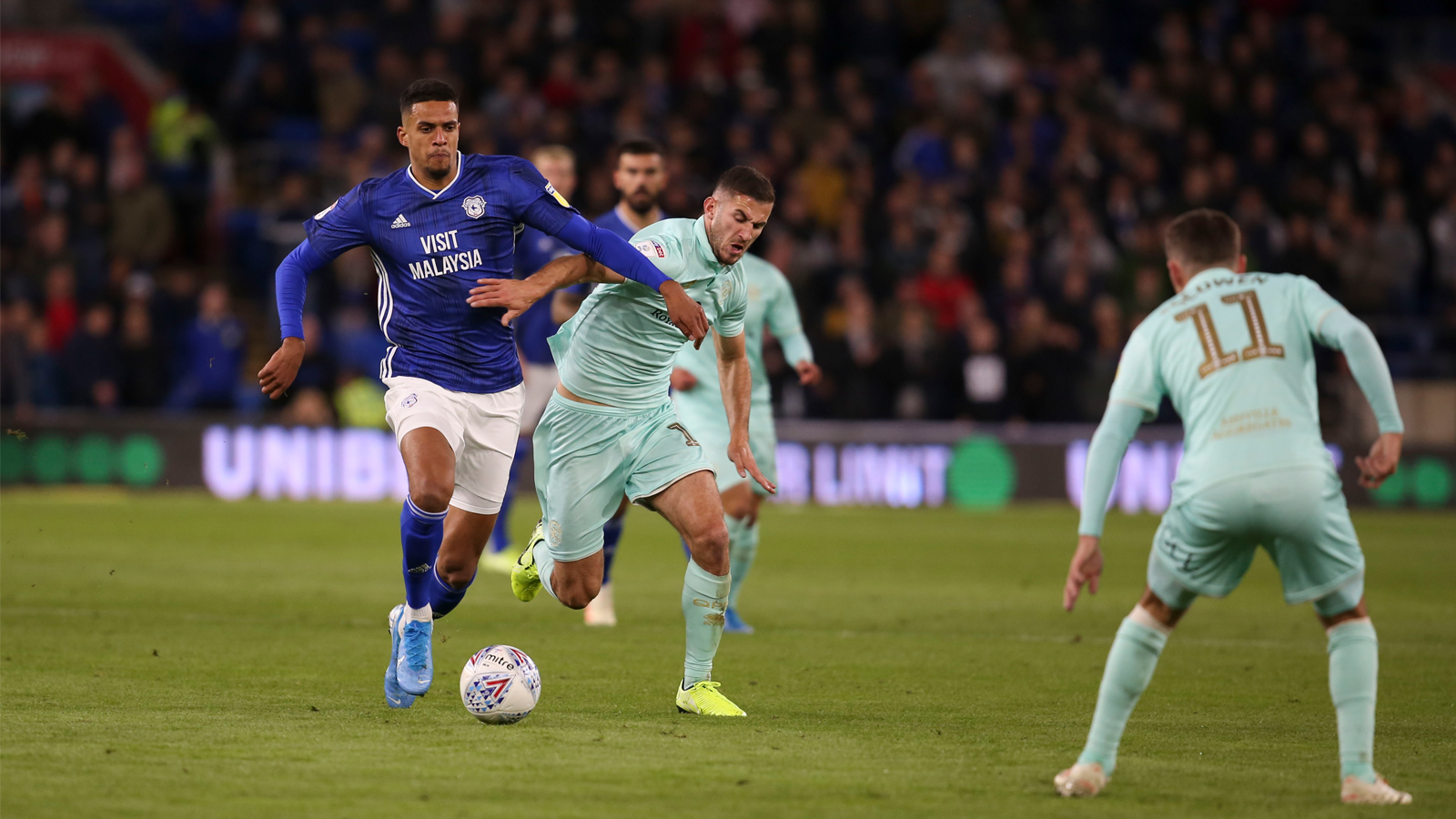 A third goal was almost added within two minutes of play following the interval, as Whyte’s short cross found the head of Glatzel, though his effort went high.

The visitors missed several chances early in the second half as they sought to reduce the two-goal deficit. A directly taken free-kick from 25 yards hit the side netting, and Eze struck the ball high over the bar from distance minutes later.

QPR once again hit the post on the hour mark as Manning curled an effort from the edge of the area, with Aden Flint heading a menacing cross well clear moments later.

Callum Paterson made it three for the Bluebirds with shortly after coming onto the pitch. The forward made an almost immediate impact by hitting Leandro Bacuna’s cross on the volley, ricocheting off the ground and into the top right corner of the net. 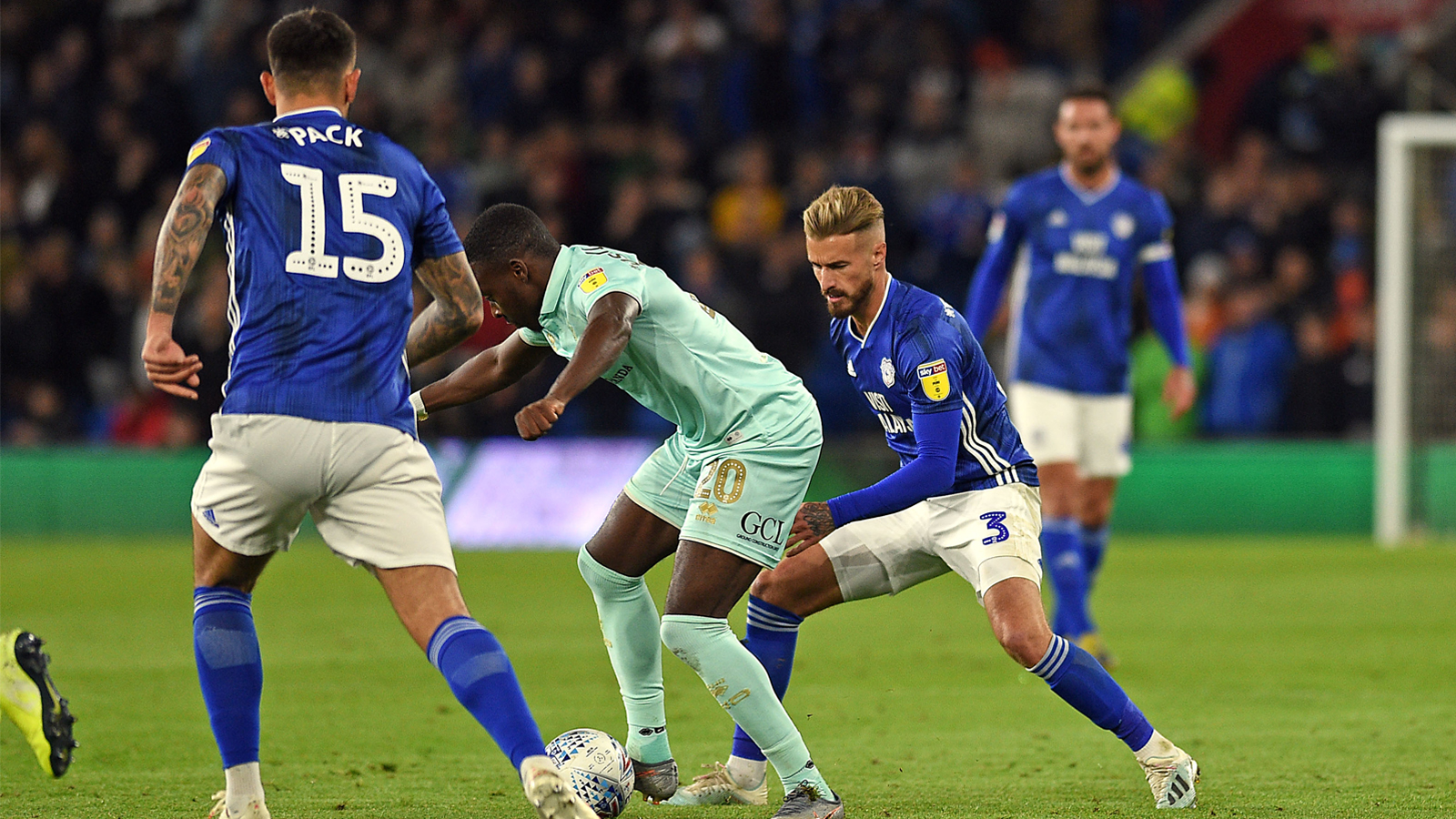 Pack nearly bagged a brace seconds later with as his headed effort drifted just wide of the mark, sending the home supporters into a fervour as the Bluebirds continued to press their advantage.

With little time remaining, substitute Todd Kane demanded another great save of Smithies as the Rangers searched for a way back into the match. Joe Bennett was there to support the ‘keeper as they both threw themselves in front of the ball’s path, denying the visitors yet again.

With four minutes of injury time played without further additions to the scoreline, Cardiff City had secured their seventh consecutive match unbeaten with a resounding home victory at CCS.