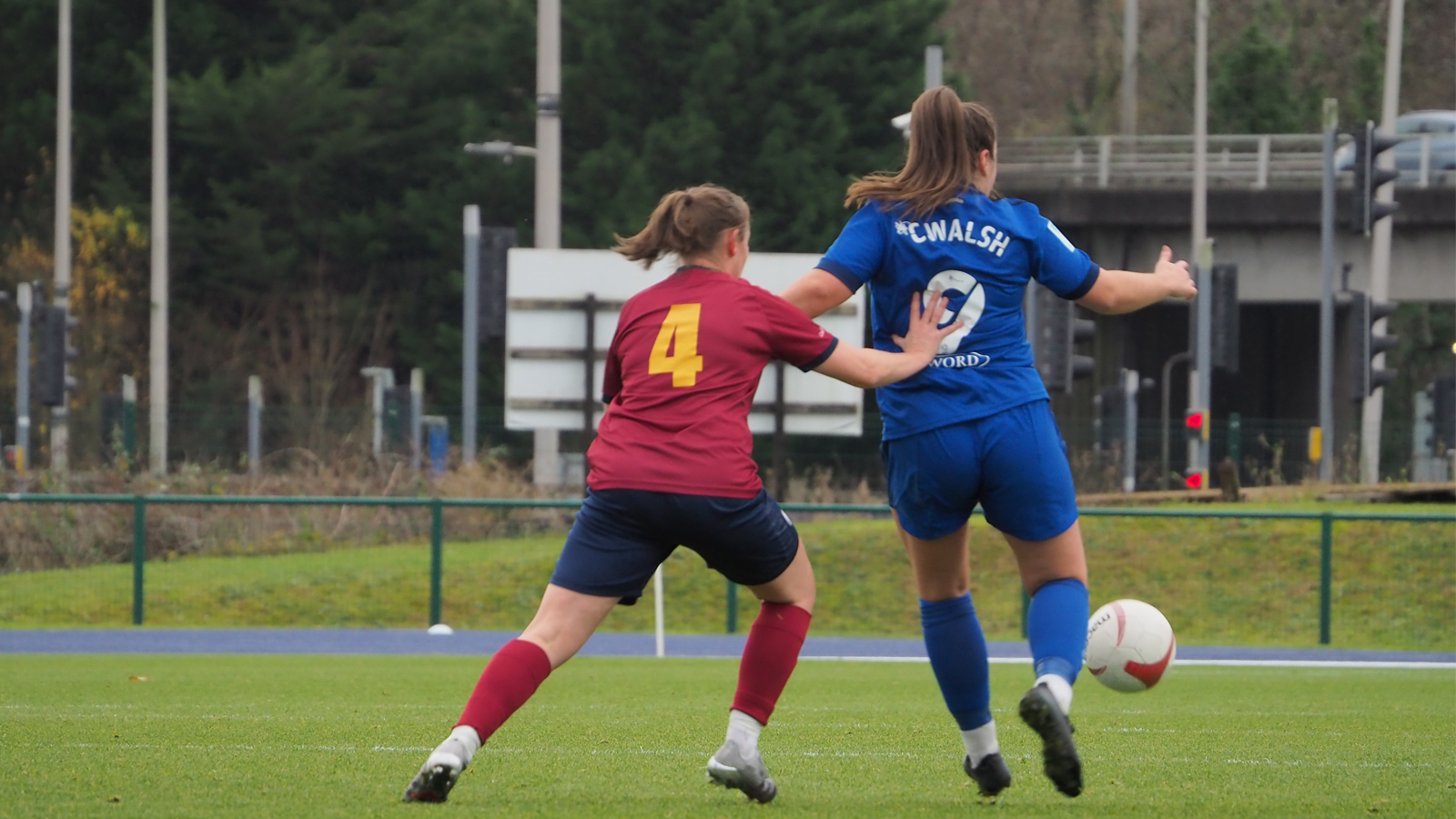 Emily Allen’s penalty, along with Elianna Chavez’s brace put the Archers in the ascendancy at the break, before second-half goals from Ffion Price, Phoebie Poole and Zoe Atkins got City back into the contest. Despite a performance full of character in the second period, Stephanie Turner’s goal secured all three points for Met.

Boss Iain Darbyshire made four changes to the side that booked a place in the next round of the Adran Trophy with a 3-0 victory over Pwllheli last week, with Ceryn Chamberlain, Ffion Price, Danielle Broadhurst and Catherine Walsh coming into the starting XI.

City started brightly and looked dangerous in possession, with the Bluebirds forcing the first chance through midfielder Walsh, who fired narrowly over the woodwork from distance. The Archers responded well however and took the lead in the 15th minute, as Ellie Preece was adjudged to have been brought down in the box, with Allen converting from the penalty spot.

The Bluebirds responded well to falling behind, as Walsh forced a save out of Annabel Sweeney with a great strike from distance. However, Met clinically doubled their advantage in the 32nd minute, as Preece’s low cross was turned home by Chavez.

City continued to pose a threat and created a great chance with fantastic build-up, as Walsh played Poole through, only for the striker to be denied by a fine save from Sweeney. The Archers showed their quality in front of goal, adding a third in the 42nd minute, with Preece crossing low into the area for Chavez to net her second, seeing Met through to the interval with a 3-0 lead.

Darbyshire’s side started the second-half on the front foot and went close to reducing the deficit, as Seren Watkins fired narrowly wide with a great strike from distance. City were indeed rewarded for applying pressure, as a goalmouth scramble found its way to Price on the edge of the box, who struck brilliantly into the top corner to reduce the deficit in the 58th minute.

The Bluebirds had their tails up having got on the scoresheet, and grabbed a swift second in the 65th minute, with some brilliant build-up play leading to Poole finding space in the box to clinically fire home. In a dramatic second-half, City continued to push forward and found an equaliser just four minutes later, as substitute Atkins made an instant impact, rising highest to head home for the Bluebirds.

Met responded well and regained the lead in the 71st minute, as Lauren Hutton-Townsend’s free-kick was tapped home at the back post by Turner. The Bluebirds immediately pushed for an equaliser and went close through Walsh’s dangerous cross into the area, which just evaded Atkins.

The substitute went close once more in added time, as her effort was saved from Price’s corner. Despite a spirited second-half performance, the Bluebirds fell to a narrow 4-3 defeat.

“In the first half, we didn’t play well at all. We gave away three very soft goals. We didn’t think the first one was a penalty, but you can’t put yourself in the position for the referee to give a decision.

“We were nowhere near where we should be, but in the second half we were absolutely brilliant. We scored three quick goals, got back in the game, but it’s just another mistake that gives them the lead. Even after that, we controlled the game, had all the chances and deserved something out of the game.

“If we want to push on to be where we want to be in the table and compete in the Cup competitions, we need to work hard as a team to replicate how we played in the second half and not put ourselves in a position where we have to come back.

“It was a very simple half-time team-talk; that you’re playing for Cardiff City, with that badge on your chest and you have to represent the Club the way we should do, and build as a team - that’s what we did in that second half.”