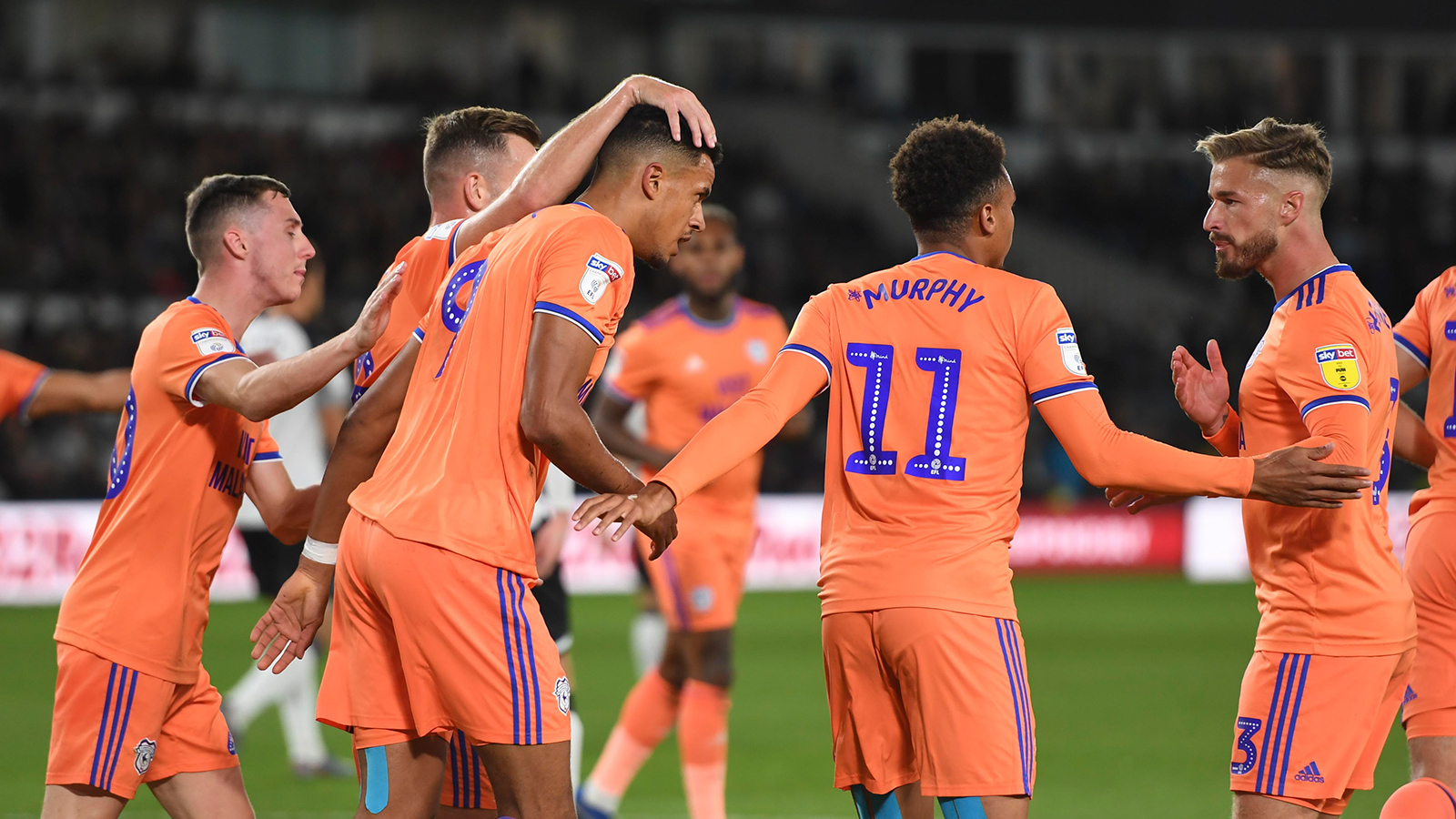 Cardiff City made it four league matches unbeaten as they drew 1-1 away at Derby County on Friday night, with Robert Glatzel scoring his first goal for the Club.

Having named the same starting eleven in each of their last three matches, the Bluebirds were forced into one change. Callum Paterson deputised for Lee Tomlin, who suffered whiplash in a car accident earlier in the week.

It was a difficult start for the Bluebirds in Derbyshire as they fell behind in the sixth minute of the contest. Despite last-ditch blocks from Lee Peltier and Sean Morrison, the ball fell to Scott Malone, who diverted home from close range.

City soon grew into the contest and began to dominate territory, pinning their hosts back and earning a number of dead-ball opportunities.

And it was from a long-throw that they drew level before the 20-minute mark, as Robert Glatzel chested the ball down in the box, before being brought down clumsily by Richard Keogh. The City number nine got back to his feet and dispatched the penalty superbly to open his Bluebirds account. 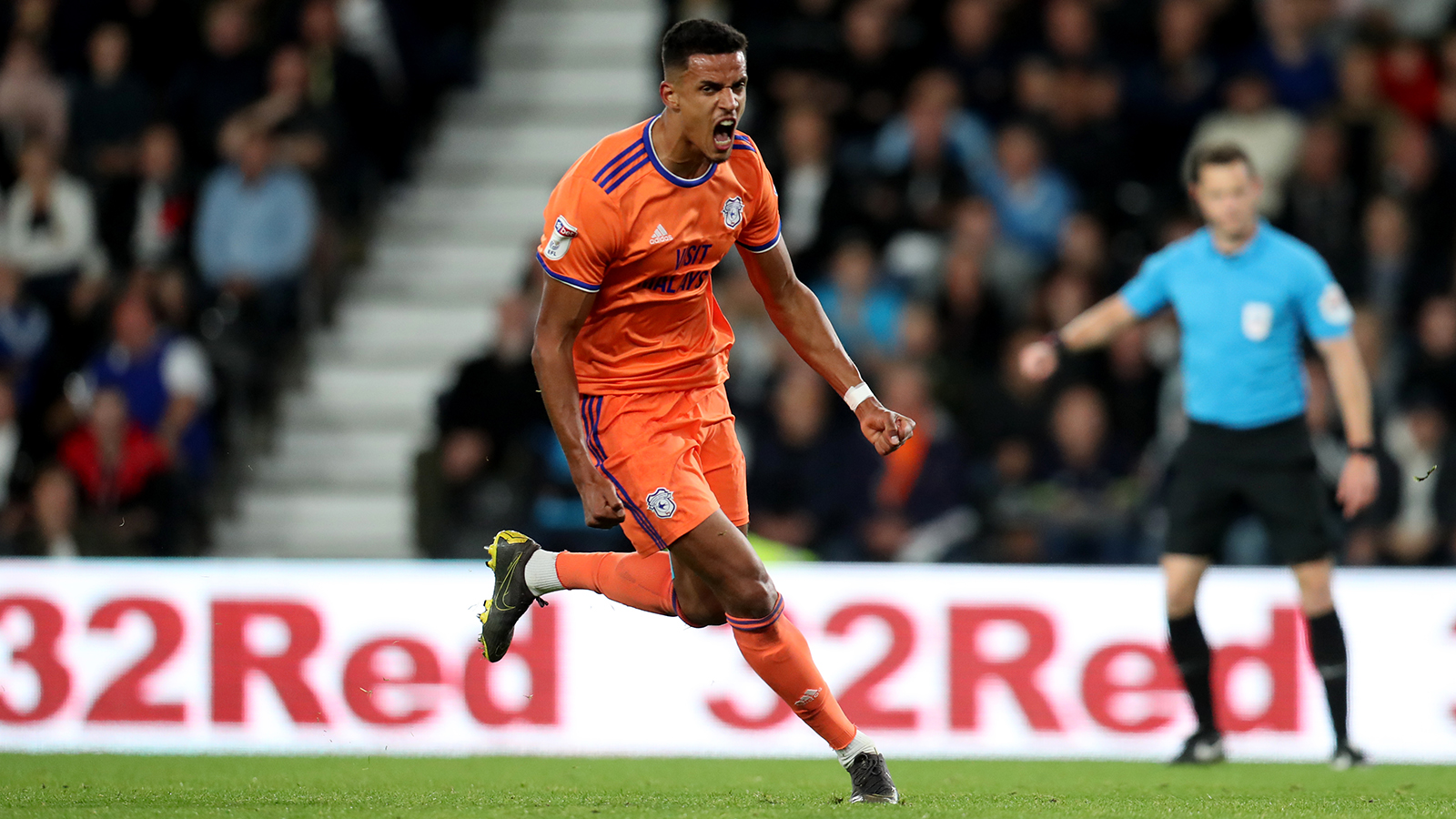 City didn’t rest on their laurels and looked to continue their attacking momentum. They twice went close to a second goal, as Morrison’s close-range header was saved before, minutes later, Kristin Bielik turned the ball onto his post.

After the interval, Derby almost started with a bang as Jack Marriott drove an effort against the Bluebirds crossbar from range.

City needed Alex Smithies’ quick reflexes within five minutes of the second period too, as the ‘keeper made himself big to thwart Martyn Waghorn with a fine one-on-one stop. The Rams striker again came close as he dragged a later effort just wide of the post.

Nathaniel Mendez-Laing and Junior Hoilett were introduced on the hour mark, with the latter almost making an instant impact. His cross found the head of Paterson, who so nearly teed up Glatzel’s second, only for the striker’s header to be cleared off the line.

Hoilett again pushed for a late winner - his snap-shot whistling wide of the post. But, with neither side able to take advantage of six minutes of added time, the full-time whistle blew with the scores all square.

The result saw a fourth successive league match unbeaten for the Bluebirds, who host Middlesbrough at Cardiff City Stadium next Saturday. 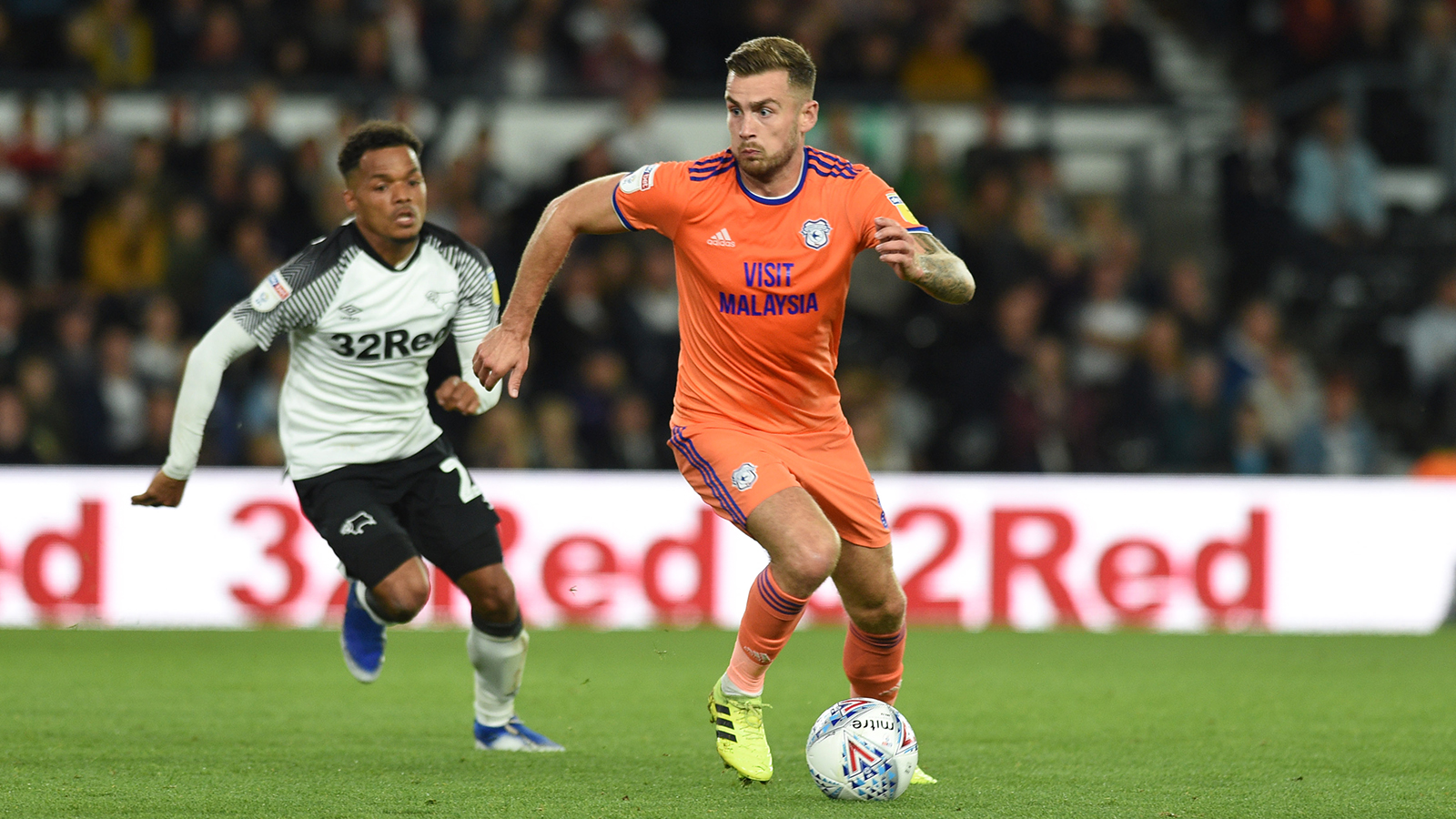