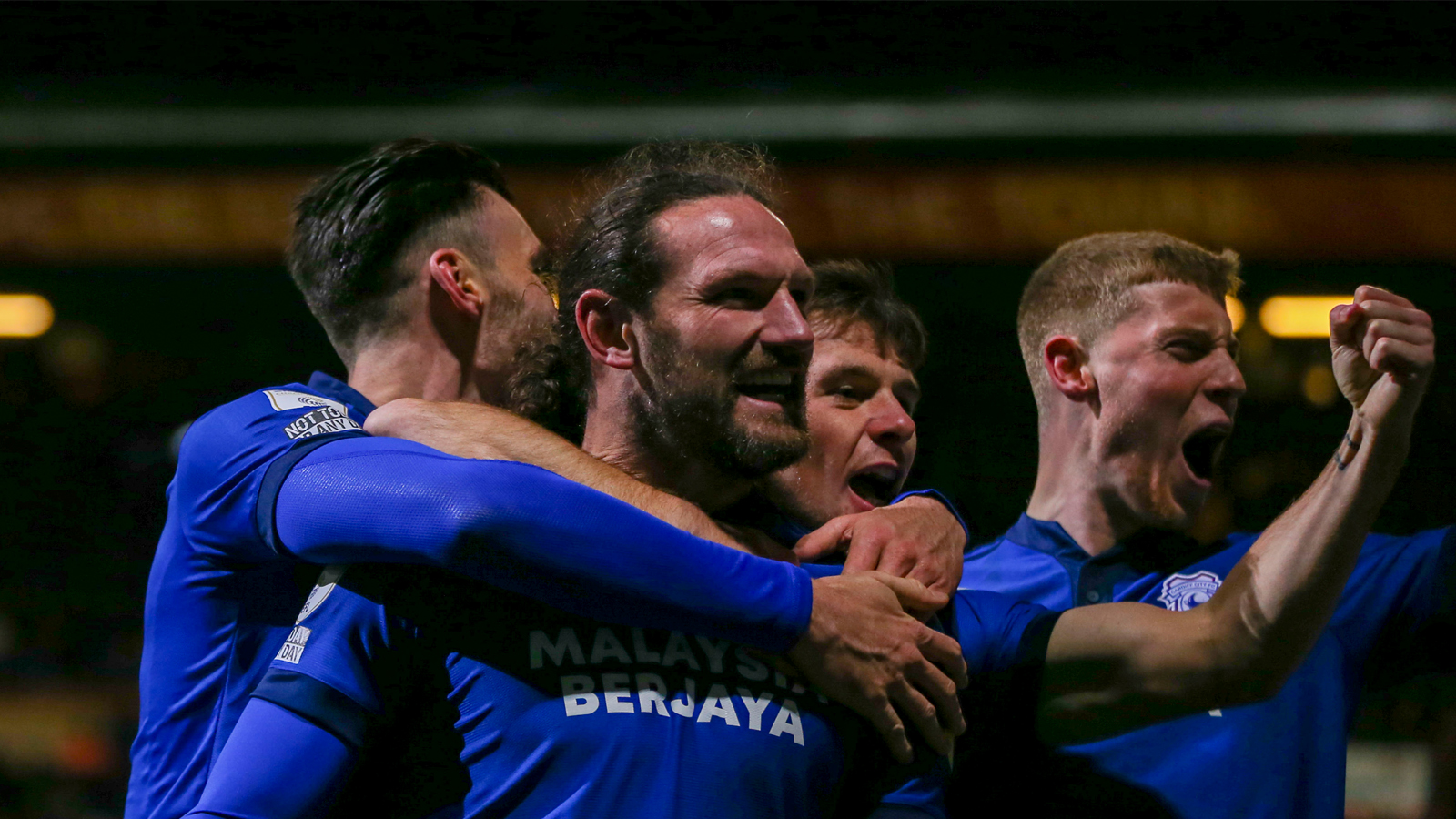 Goals from Rubin Colwill and Sean Morrison gave the Bluebirds a hard-fought victory over Luton Town at Kenilworth Road.

Steve Morison made four changes to the side that started against Hull City on Wednesday evening, with Sean Morrison, Joe Ralls, Rubin Colwill and James Collins replacing Aden Flint, Will Vaulks, Leandro Bacuna and Isaak Davies.

After an evenly balanced opening ten minutes, the Bluebirds took an early lead through Colwill. Tireless running from Collins saw City retain possession in a dangerous area, rolling the ball back to Perry Ng in space. The wing-back delivered a pinpoint cross to the back post, with the unmarked Colwill able to direct a header on goal. His effort was clawed away by Simon Sluga, though the Town stopper was unable to prevent the ball from crossing the goal line, giving Morison’s men the advantage.

The Hatters enjoyed the majority of possession in the first half but created few clear-cut chances, with Alex Smithies being called into significant action only once, denying Harry Cornick from close range. However, the final chance of the half fell to the Bluebirds, with Sean Morrison going close to adding a second. The skipper connected with Joe Ralls’ corner kick but sent his headed effort narrowly wide, bringing the half to a close with City in the lead.

The second half saw both sides fly out of the traps, with the Bluebirds enjoying two golden opportunities to double their lead. Firstly, Mark McGuinness went close with a header, powering over the crossbar from close range. Minutes later, Colwill did well to create space inside the area and drive on goal, though Sluga was able to get down and keep the ball out of his net.

Luton also began to create chances of their own, and were rewarded with an equaliser after 64 minutes. Good work from Elijah Adebayo allowed the Hatters to break forward into the City box, with Jordan Clark one of the advancing players. The midfielder found himself free to tap home from close range, levelling the score with 25 minutes remaining.

With the next goal looking likely to determine the contest, the Bluebirds regained a foot on the ball and began to show renewed attacking intent. James Collins almost caught Sluga off his line with a long-range lob, whilst the introduction of Mark Harris brought added energy in the final third.

The Bluebirds made their pressure count after 77 minutes, netting the eventual winner through Morrison. A delicious delivery from Ryan Giles found the skipper at the back post, who, unmarked, flung himself at the ball to connect, diving forward to power home in front of the travelling fans.

The hosts launched into a flurry of late attacks, with excellent defending from the likes of McGuinness, Giles and Nelson able to keep Town at bay. At the other end, Isaak Davies went close after going through on goal, but Sluga was able to race out and divert the ball in the nick of time.

The final whistle confirmed a brilliant three points for Morison’s men, who are next in action against Sheffield United on Saturday, December 4th at Cardiff City Stadium.