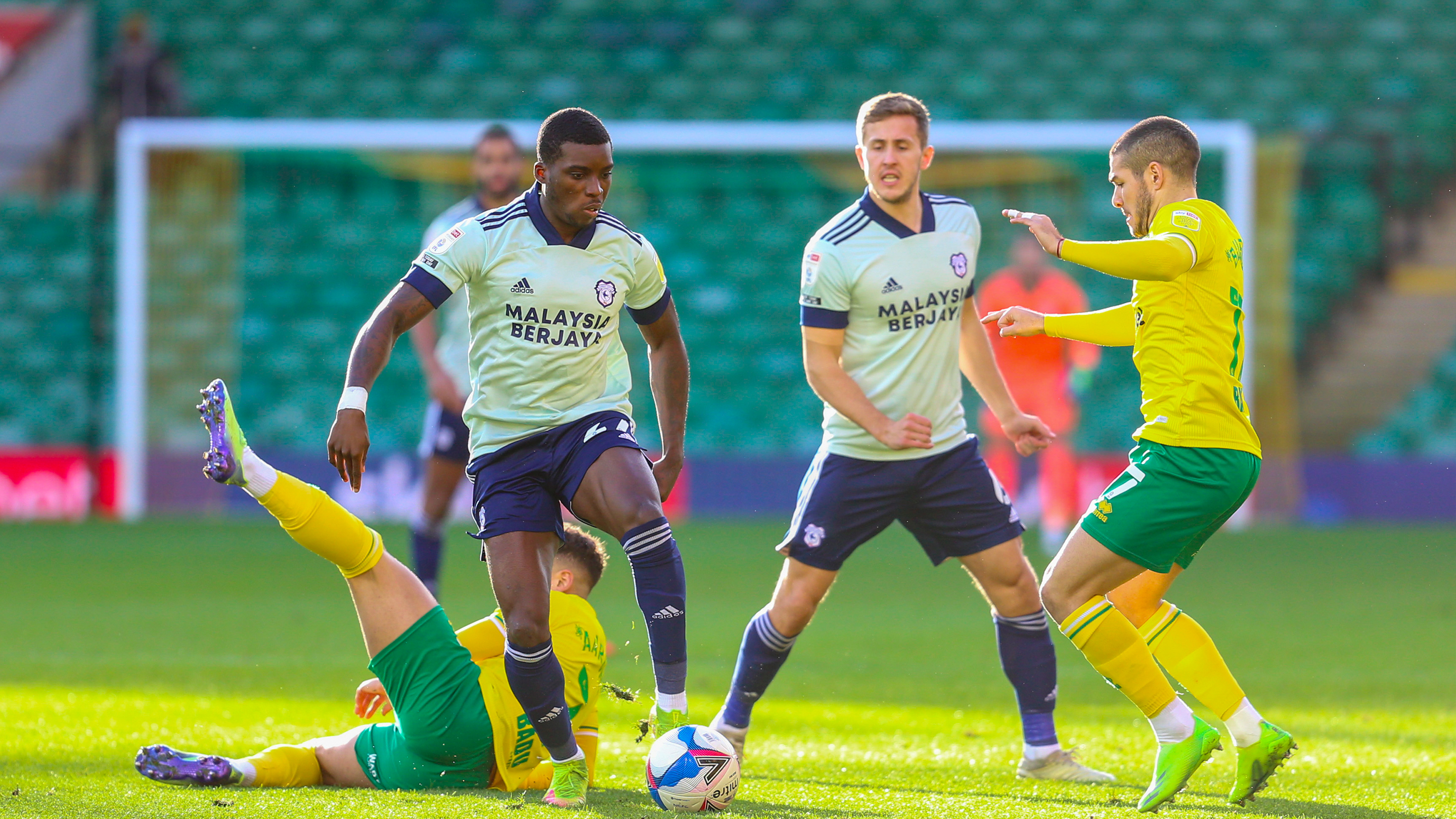 Cardiff City slipped to a defeat to league-leaders Norwich City on Saturday afternoon.

Emiliano Buendía and Todd Cantwell were on the score-sheet in a two-nil victory for the Canaries.

While Neil Harris' men started brightly at Carrow Road, the hosts soon began to rack up possession and test the Bluebirds' back line.

Cantwell proved a useful creative outlet for the Canaries, cutting in from the left. The winger had a shot deflected wide, before teeing up Teemu Pukki for an effort that Greg Cunningham did well to intercept.

On the 20-minute mark, Kenny McLean headed wide of the near post as the hosts continued to create opportunities.

Pukki again could have broken the deadlock, but slotted an effort just wide of Alex Smithies' post.

City did come inches from taking the lead when Harry Wilson's free-kick was headed goalwards by Sean Morrison. Michael McGovern managed to prevent the skipper's fourth goal of the season, only just keeping the ball from crossing the line.

However, two minutes later, Norwich were ahead. Emiliano Buendía found enough space outside the box to find the bottom corner and give his side the lead.

The Bluebirds thought they had equalised before half-time, only for McGovern to pull off a point-blank save from Morrison's header.

But as the second half got underway, Daniel Farke's men had a number of opportunities to double their lead.

When City did get further up the pitch, Wilson's deliveries continued to ask questions of the Norwich defence and Joe Ralls saw an effort blocked in the area.

The hosts looked to have taken the match beyond the Bluebirds' reach on 70 minutes though, as Cantwell fired into the top corner.

And while Junior Hoilett and Morrison both had efforts narrowly off target, City were unable to find a route back into the contest.