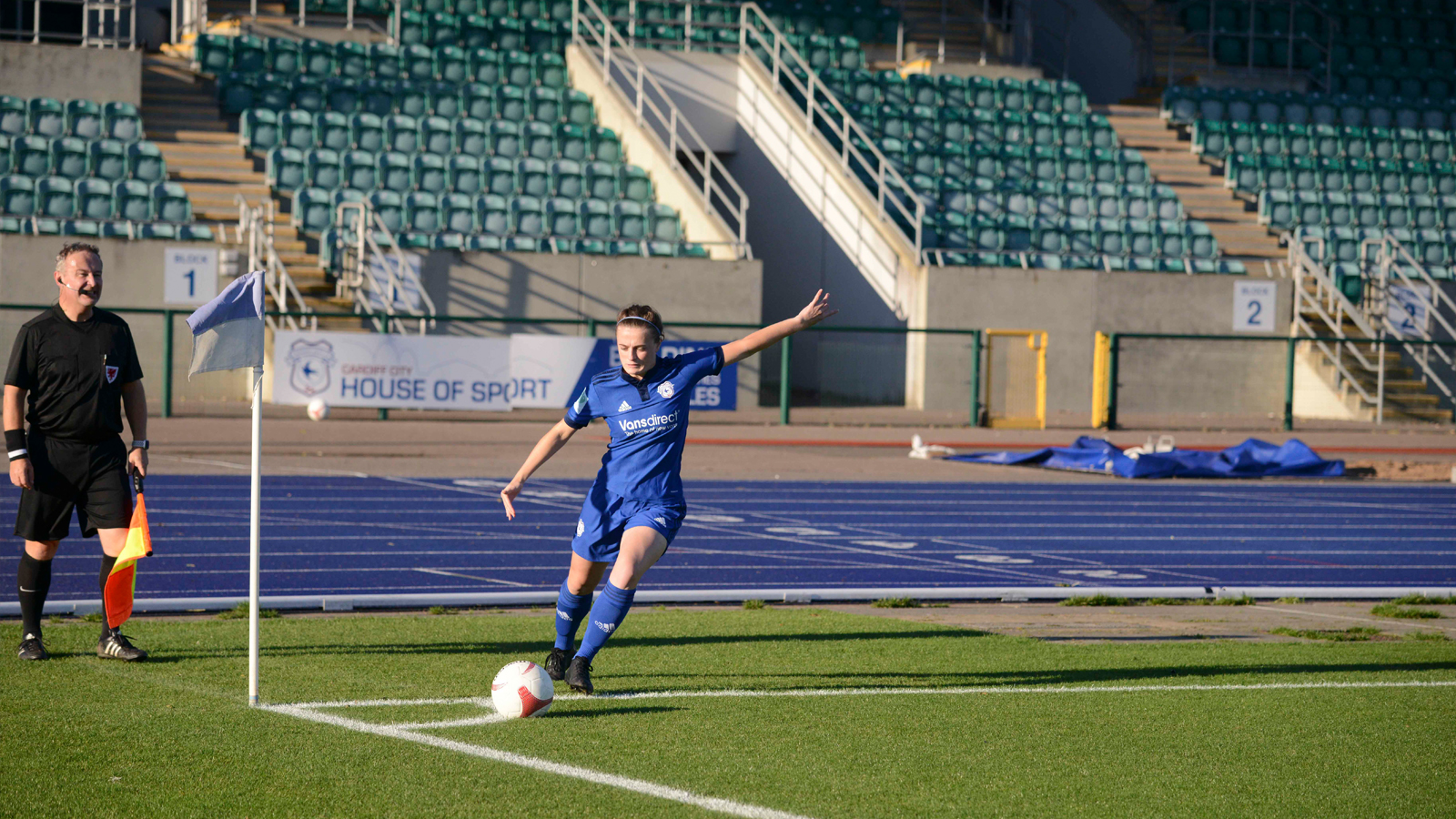 Boss Iain Darbyshire made four changes to the side that defeated Barry Town United last week, with Zara Mujica, Siobhan Walsh, Green and Walsh coming into the starting XI.

The hosts started brightly and forced the first opportunity, as former Bluebird Alana Murphy’s cross into the area hit the woodwork. City responded with a chance of their own, with midfielder Walsh heading narrowly over from Price’s pinpoint corner. Left-back Price was again involved in another City attack, forcing a save out of Maisie Jones with a powerful effort from distance.

The Bluebirds were rewarded for applying pressure on the hosts, taking the lead in the 16th minute, as an unbelievable strike from Price flew into the top corner from distance. Darbyshire’s side immediately looked for a second goal, with Lisa Owen and Walsh both having efforts blocked in the area.

City continued to create chances, as Green found space in the box to fire at goal, only to be denied by Jones’ fine stop. Lily Billingham looked lively on the right and created space to shoot with a brilliant turn, only for her curling effort to deflect out for a corner. Some great work in midfield from Walsh to win the ball back allowed the Bluebirds to break, leading to Green firing narrowly wide of the post.

Full-back Owen found joy in breaking down the right, finding space on the right side of the box with a shrewd run to force a save out of Jones, who kept out the chance to ensure City went into the break with a 1-0 lead.

The Bluebirds started the second period on the front foot, as Danielle Broadhurst found Amy Williams free on the left, who fired narrowly wide. City continued to press forward and doubled the lead in the 55th minute, with Seren Watkins’ excellent delivery turned home by Walsh.

Darbyshire’s side immediately looked to add to the lead and found a third goal in the 62nd minute, as a fantastic run from Green resulted in an emphatic finish into the top corner. The Bluebirds attacker went close to netting her second, as she met Williams’ low delivery, only to be denied by Jones’ fine stop.

The hosts remained a danger on the break, as Murphy found Anais Trinci free on the right side of the area, who fired narrowly over the bar. City responded well, with substitute Zoe Atkins going close to making an immediate impact, as her effort was saved by Jones.

In the dying minutes, Walsh cut inside from the left and struck towards the bottom corner, which was saved by the Pontypridd goalkeeper. City weren’t to be denied a fourth goal however, as another brilliant finish from Green saw her net her second late-on.

After a professional away performance from the Bluebirds, Darbyshire’s side secured all three points.

City return to action next week as they welcome Cardiff Metropolitan University to Leckwith in a huge clash on Sunday, December 12th, 2pm KO.

“I think that’s our best performance of the season so far. We were aggressive in and out of possession. We worked really hard in the training ground to prepare the shape and it worked really well.

“We’ve got two very big games coming up against Cardiff Met. Those will have a say in where we finish this year. We have a winning feeling and a great togetherness amongst the squad. Every player knew their role and performed brilliantly, so we’re going to have to do that again next week.”

Commenting on Green’s superb second-half brace, Darbyshire added: “We changed her position today. We knew we needed a threat in-behind and someone to pin their back five back and she did that all afternoon.

“She was unlucky with a few in the first-half, so I told her at half-time to guide the next one into the corner and that’s exactly what she did. I thought she was fantastic throughout.”