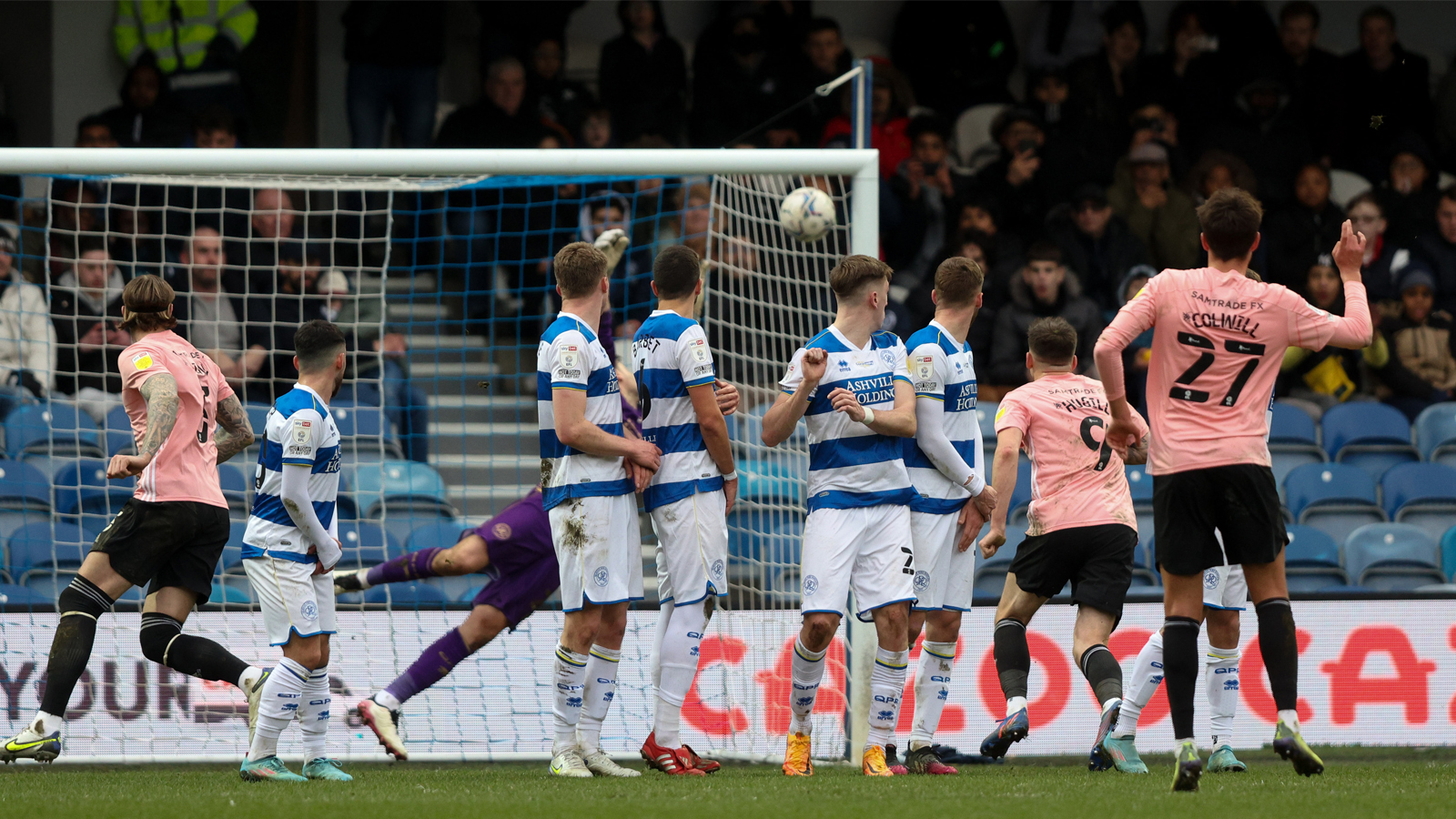 Second half strikes from Isaak Davies and Rubin Colwill gave the Bluebirds a fine victory over fifth-place Queens Park Rangers on Saturday afternoon.

Steve Morison made two changes to the starting eleven from Tuesday's win against Derby County, with Will Vaulks and Rubin Colwill replacing Tommy Doyle and Isaak Davies.

The hosts, chasing a Play-Off place, controlled possession for most of the first half, though it was the Bluebirds who created the first meaningful chance of the match. Jordan Hugill found space in-behind to fire on goal, but was denied by ex-City skipper David Marshall.

At the other end, Alex Smithies was called into action to deny Andre Gray, though it was the striker who was able to break the deadlock after 38 minutes. A dangerous cross from Moses Odubajo was only half-cleared, with Gray on hand to fire into the top corner from close range.

The second half began at a fierce pace, with chances at both ends. Hugill collected on the edge of the Rangers area, but fired over, whilst Smithies, celebrating his 32nd birthday, did well to fly off his line and punch away a dangerous cross, which looked destined for the head of Gray.

Morison made two changes just before the hour, with Joel Bagan and Isaak Davies entering the action. City continued to push for a leveller, and found a deserved equaliser with twenty minutes to go. Davies, who recently signed a new deal in the Welsh capital, showed strength and pace to beat his marker, before cutting into the area and firing on goal.

The 20-year-old's powerful effort was palmed upwards by Marshall, but the ball looped over the head of the Scot before bouncing over the goal-line. After a quick look at his watch, the referee indicated that the Bluebirds were indeed level, with twenty minutes to play.

Inspired by their leveller, the Bluebirds continued to press forward and win possession in dangerous areas, with Davies earning a free-kick just outside the area after 74 minutes. After a long pause, Colwill stepped up to arrow the ball into the top corner, sending the 1,400 travelling supporters wild with his fifth league goal of the campaign.

Morison's men continued to win the midfield battle in the latter stages of the game, thwarting any attempts by the hosts to work the ball into the City half. The introduction of Uche Ikpeazu provided the Bluebirds with a dominant focal point in attack, and the striker should have laid on a third for Colwill late in the game.

Moments afterwards, Joel Bagan strode forward to win possession, before shooting on goal to force Marshall into a strong save. In the final seconds of stoppage time, Yoann Barbet fired over the bar with a free-kick to end QPR's hopes of snatching a point, with City taking all three back to South Wales after a fine second half display.