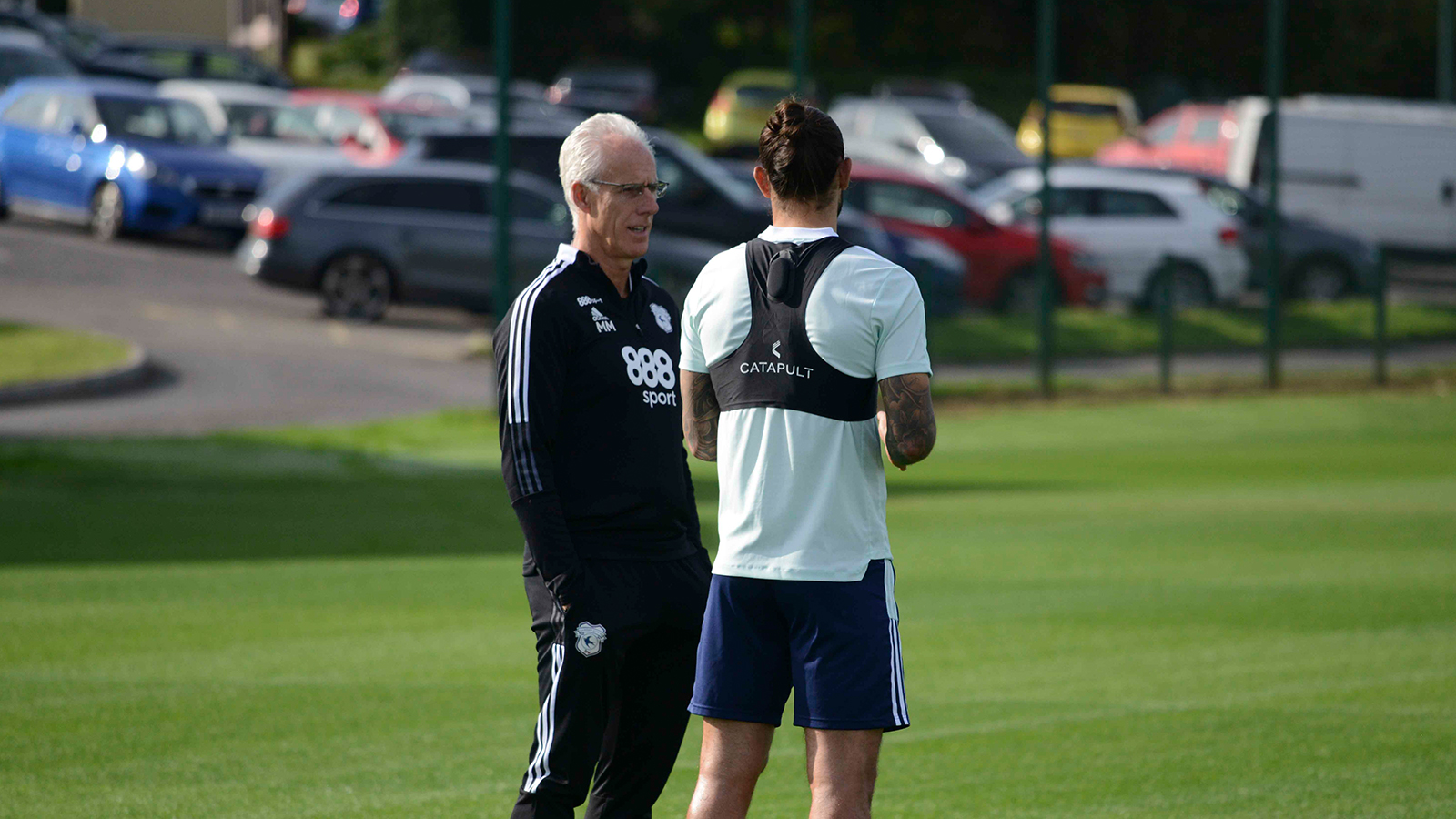 The Bluebirds travel to Ewood Park looking to get back to winning ways following last weekend’s defeat to table-topping AFC Bournemouth.

“There were parts of it I was happy with and other parts I wasn’t,” began the Gaffer. “That’s generally the case when you’ve lost a game.

“As always, we’ve had a good reaction in training this week. They’ve been fine. Anybody that beats Bournemouth will win the league, I believe. So it was a tough one for us.”

In Rovers, City face another side in the Sky Bet Championship top six this weekend and Mick continued to assess the challenge that they will pose.

“We’re expecting a tough one again,” he said. “There are no easy ones in the Championship and Tony Mowbray’s got a good side there that play good football. He manages to get some good loans in and always does well with them.

“They had a good season last year, then lost [Adam] Armstrong and with him so many goals from one player. But if you’ve got a team that shares it around, that’s better still.

“We've started reasonably well too, I thought. Then of course, we’ve had three defeats in four, which can’t be described as well, despite them all being narrow defeats. We have to get back now and stop getting beaten, first and foremost, but we need to get a win under our belts.”

Finally, the City boss provided an injury update on Joe Ralls and Ryan Giles, who are both reaching the end of spells on the sidelines.

“We lost Joe and Gilo when they were both playing well,” added Mick. “I’m not suggesting anyone who came in did anything different, but we were on a bit of a roll. Rallsy might be around on Tuesday, or certainly for next Saturday now.

“[Giles] has only had two or three days back so I can’t say he’s up to full speed. But he’ll be in the squad tomorrow and, hopefully, back playing for Tuesday and Saturday next week as well.”