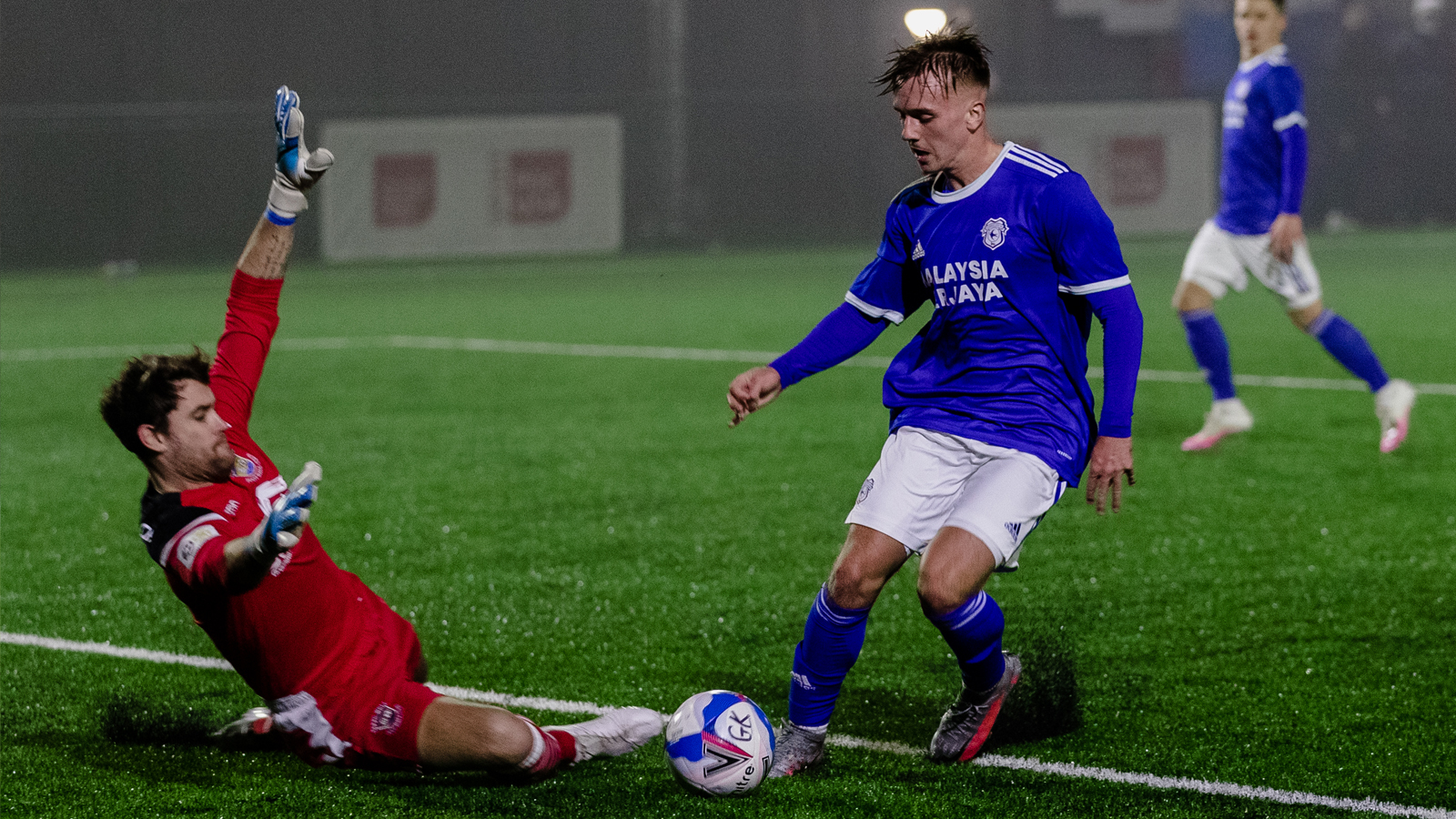 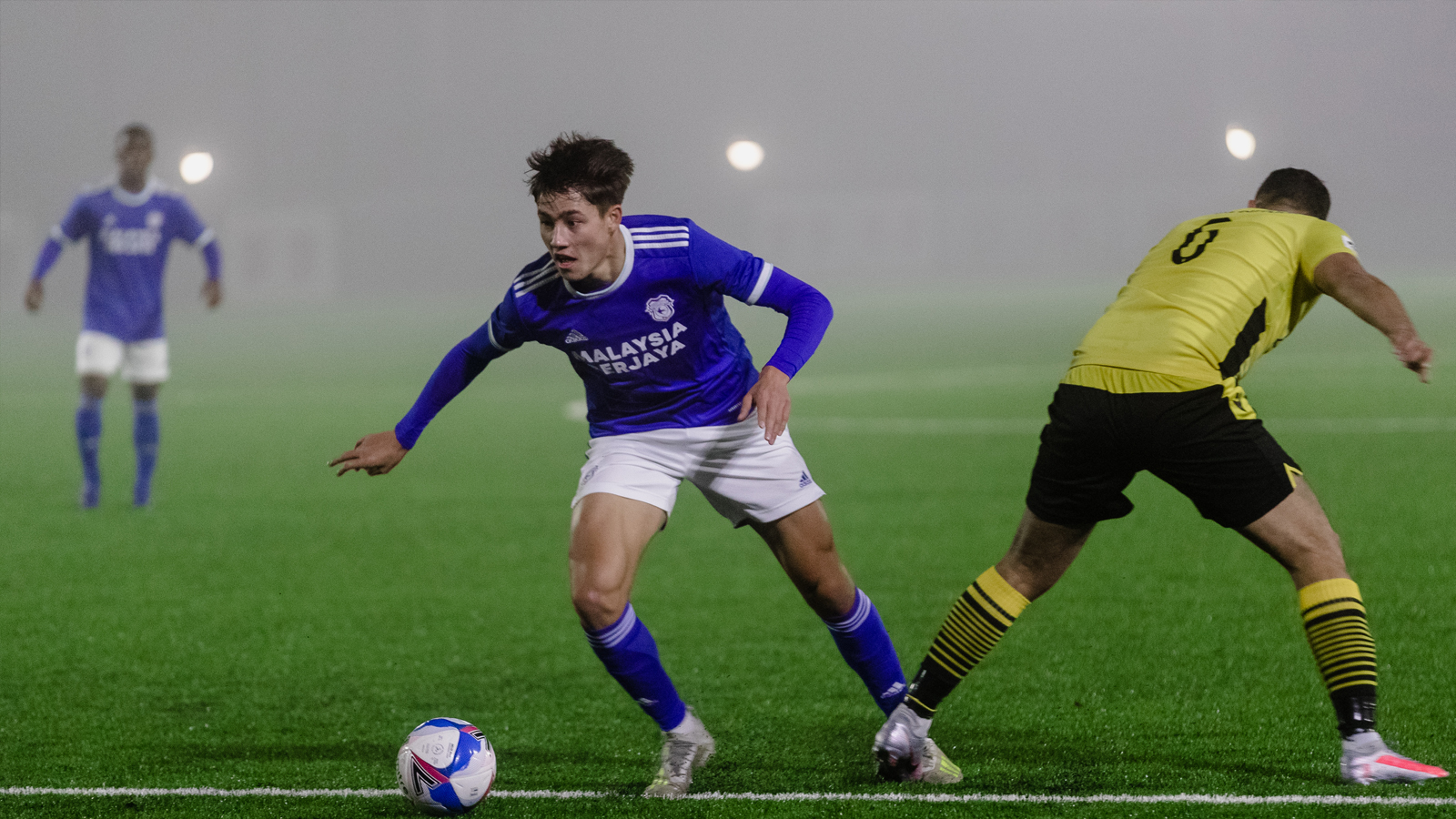 Kieron Evans’ opener on the stroke of half-time and Isaak Davies’ second-half penalty sent the Bluebirds through.

The Bluebirds began in attacking fashion and came close after two minutes. No.11 Evans fired over at close range under pressure.

Determined Evans came close again seven minutes later. The forward attempted from just outside the box and his shot was saved by Cael Jones.

Roland Idowu was next to test goalkeeper Jones with a quarter of an hour played. The No.10’s effort from just outside the box was kept out.

City were dominant and eventually took the lead with one minute of the opening 45 remaining. Tricky Evans beautifully finished from the inside left of the area.

After the interval, it took eight minutes for the game’s next chance. Corey Spencer’s attempt from distance was stopped by goalkeeper Cogman.

Dangerman Evans neared a second after 65 minutes. From the right wing, his cross swung on target and stopper Jones had to be alert to tip it over.

Cardiff City’s pressure told as they were awarded a penalty with 12 minutes of the 90 remaining. Forward Davies stepped up and struck the ball into the top corner.

The Bluebirds hunted for a third and came close in added time. Rubin Colwill’s shot from the right flank was kept out by Henri Phillips.

No further chances arose and City deservedly progressed to Round Two of the Nathaniel MG Cup with two goals and a clean sheet.