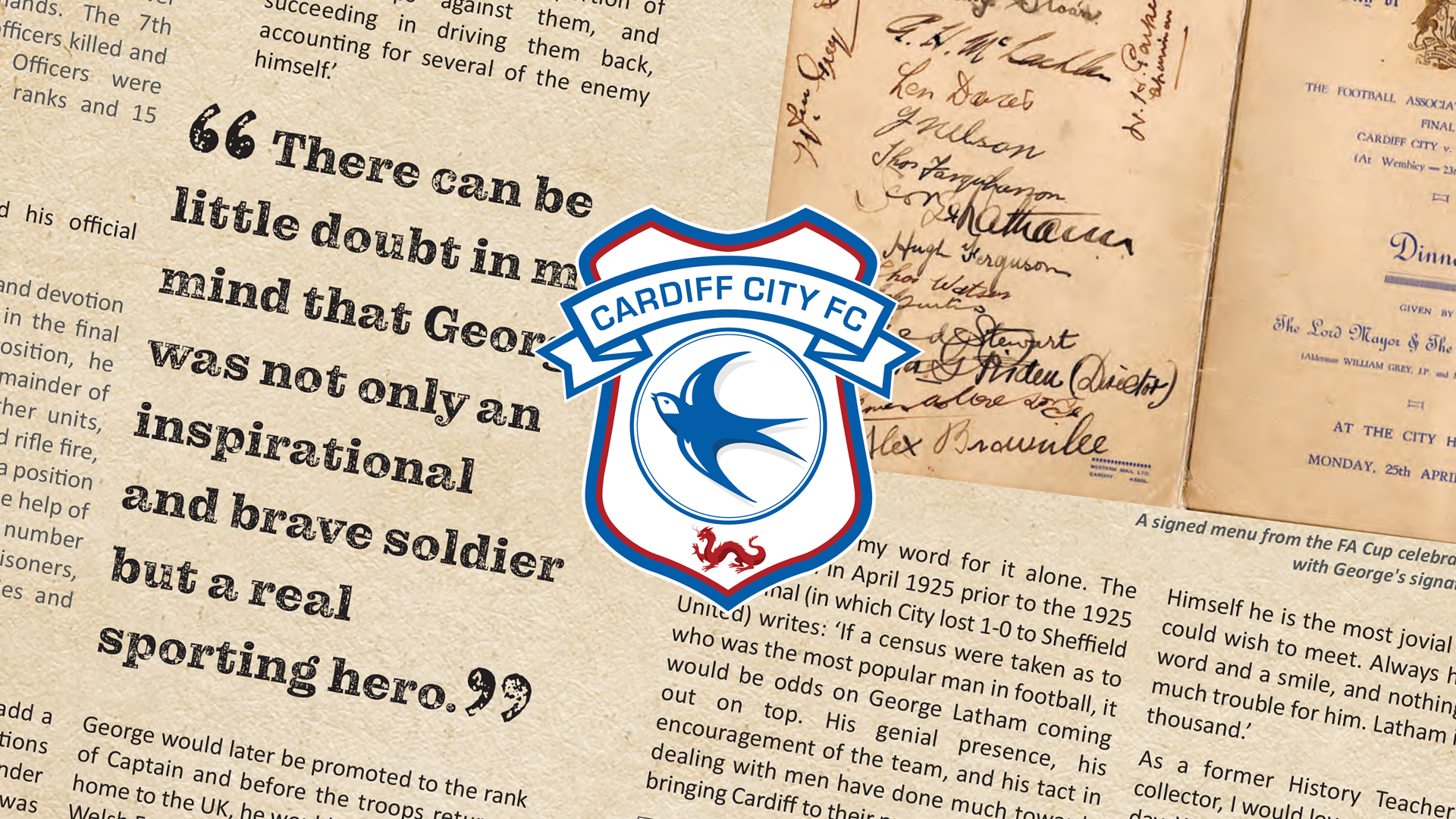 As we approach this year’s Remembrance Sunday (November 14th), Cardiff City Football Club is launching a short series of articles looking at five men who served their country having worn (or prior to wearing) Cardiff City colours.

Perhaps City’s most famous veteran, Legendary FA Cup winning captain Fred Keenor had signed for Cardiff City in 1912, before serving in the Great War. The defender fought in the Battle of the Somme, where he received a wound to his left thigh. Many thought that Keenor’s playing days were over; however, Fred returned to Cardiff and worked his way back to full fitness, becoming club captain in the process, before lifting the FA Cup at Wembley on April 23rd, 1927. Young City defender Tom Witts and former Bluebird Wally Stewart would sadly not return from the horrors of conflict.

Starting in Saturday’s edition of The Bluebird (the official Cardiff City matchday programme) and for the four subsequent home games either side of Remembrance Sunday, the City At War series will take an in depth look at five other figures who served with the utmost distinction in key 20th century conflicts and perhaps aren’t best known to Bluebirds supporters for that part of their lives. The stories will also run on this website.

Local military historians and collectors have contributed to this unique series, starting with Matt Ferris’ retrospective on the life and service of former City player, coach and trainer, George Latham. Pick up your copy of The Bluebird this Saturday from its usual sales points.

Cardiff City Football Club will be paying its respects to fallen service personnel and former players ahead of our nearest home fixture to Remembrance Sunday. That game will be the Sky Bet Championship clash against Huddersfield Town on Saturday, 6th November.

Players and supporters will be asked to stand for a minute’s silence ahead of kick-off, with associated support on and around matchday given to the Royal British Legion and its Poppy Appeal. Further information will follow ahead of the fixture.

Help us write our History

It is the club’s aim to establish a dynamic list in the coming months and seasons of all former players, staff and auxiliary club personnel who served during conflict. As such, we’d like to invite all City supporters to help contribute to its establishment by emailing stories to forever@cardiffcityfc.co.uk.

Perhaps you’re studying local history and have been particularly moved by a story? Or maybe you’re a relative of a former Bluebird and have oral histories you’d like to share? Whatever it is, get in touch.

Between us, it is hoped we can establish a definitive Bluebirds war history and pay a lasting tribute to all who fought for our freedoms.