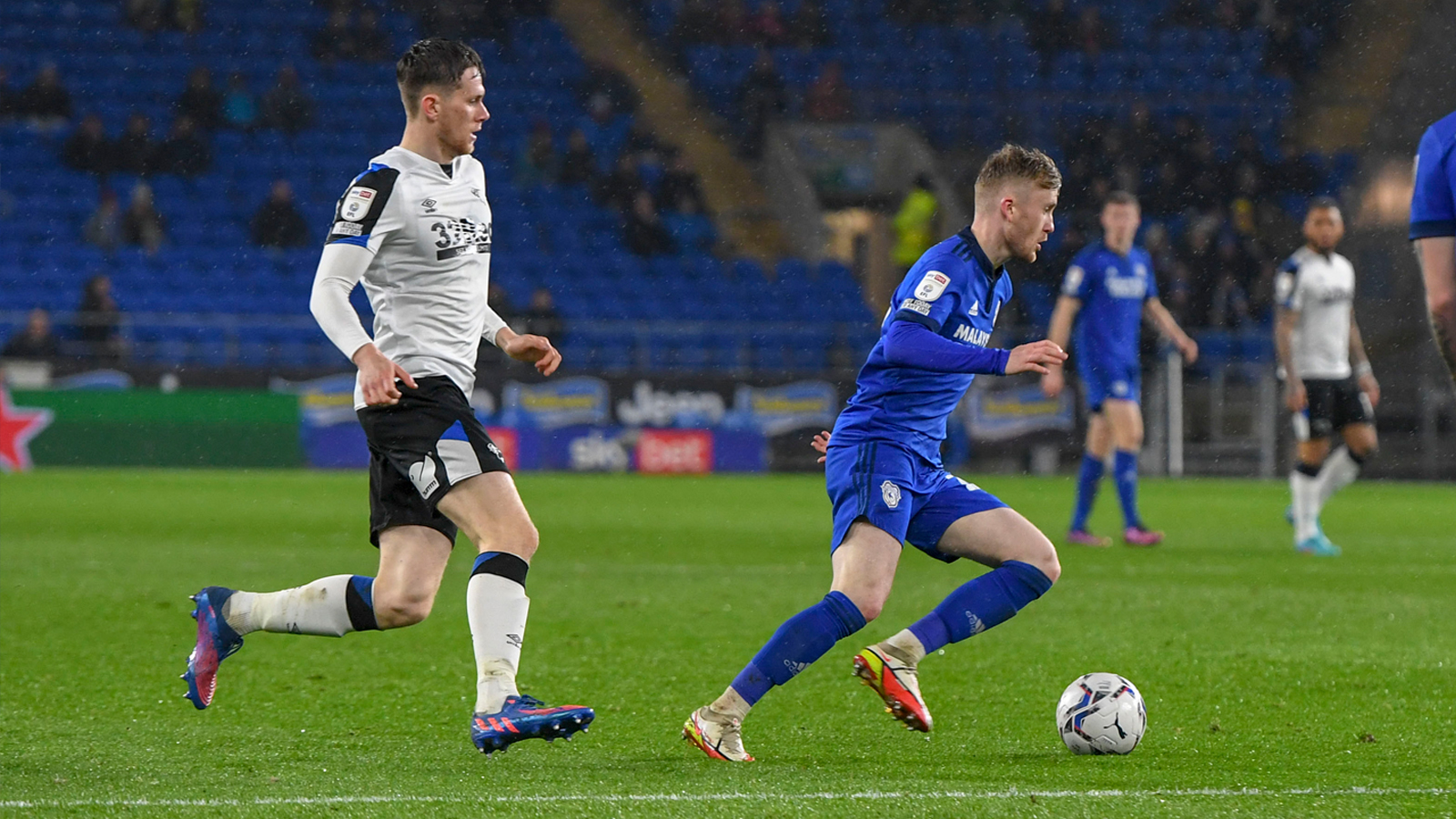 After a dramatic late winner in the Bluebirds’ victory over Derby County on Tuesday night, Uche Ikpeazu and Tommy Doyle spoke to the press to discuss the result.

The substitute striker, on loan from Middlesbrough, turned home from close-range to net his third goal since signing for City in January.

Commenting on the hard-fought victory, Ikpeazu was full of praise for the team’s determined performance.

“He [Steve Morison] just said to go out there and do my best,” he began. “That’s what I do, I always try my best. I love playing here, I love it at the Club. Scoring a goal is always amazing, but it was a great team performance, we had to dig deep and I’m glad I got the winner, but the boys behind me stayed in the game when it was difficult.”

The striker has been a valuable asset to boss Morison since his January arrival. Ikpeazu expressed his desire to perform when called upon.

“This season, I’ve only started nine games, so to score my sixth goal of the season just goes to show that whether I’m starting or coming on off the bench, I’m always ready because I work hard and I do my best. It’s not about me, it’s about the team, so the most important thing is the three points.”

Midfielder Doyle put in a Man of the Match performance, as he hit the woodwork with a fantastic strike in the first-half. The Manchester City loanee emphasised the importance of the result.

“It’s a massive win,” he began. “The team did very well tonight, we had to dig deep at times, but when you bring Uche on, I think he’s the last player defenders want to see when they’re tired. It was a massive shift from the boys and an important three points.”

Much like Ikpeazu, Doyle has hit the ground running since becoming a Bluebird and expressed his delight at his loan spell so far.

“I’m loving it here at the moment," Tommy continued. "The most important thing is that we keep winning and everyone is happy. I’m really happy to be playing, the team is doing well, putting in a bit of a fight and we’re sticking together. From the lads starting, to the lads not involved or on the bench, we’re all one unit and that’s the most important thing.”