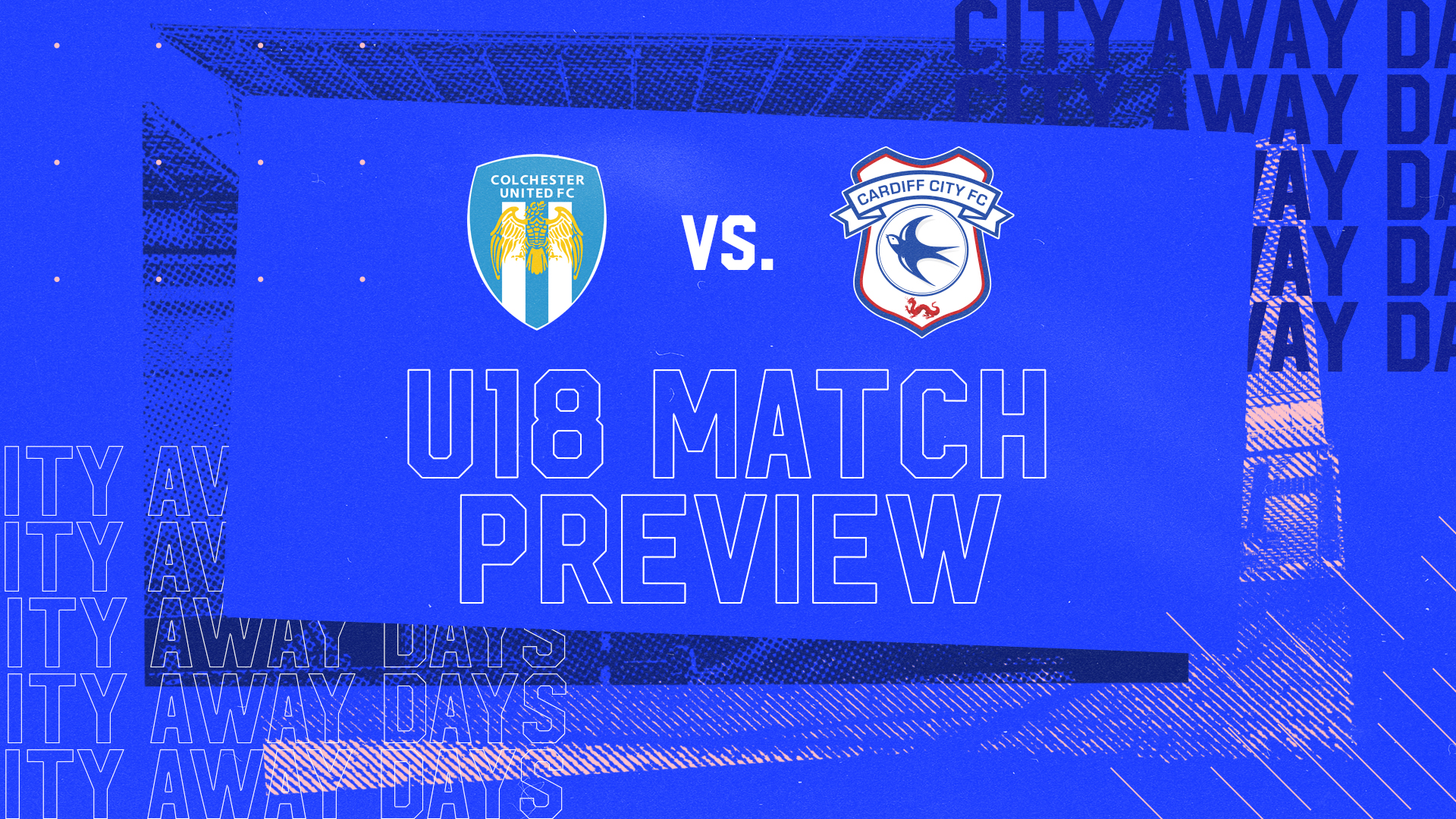 Cardiff City FC's U18 side travel to face Colchester United on Saturday afternoon - kick-off at 1:30pm.

The young Bluebirds will be looking to bounce back from their defeat against Wigan Athletic earlier in the month, with Saturday's trip to Essex being followed by a return home on October 2nd, where they will host Charlton Athletic.

City's last home meeting came in March 2021, when the young Bluebirds came away with a resounding 5-0 victory against the U's. Ntazana Mayembe opened the scoring for City with a srtike from outside the area.

James Crole doubled the lead in the second half, before setting up Rhys Schwank only minutes later to add a third. Ryan Kavanagh's well-struck penalty kick made it four to the good, with Taylor Jones heading home for the final goal of the afternoon.

Currently without a win in four matches, Colchester United's U18 side reside at fourth place on the U18 PDL's South division table.

Most recently, the U's went up against Millwall's U18 side at home, and were defeated 4-0. The side's head coach, Liam Bailey, who began was himself a player in the club's youth setup. Initially working as assistant to former U's player David Wright, in recent years Bailey advanced in his role to take up the position for himself, with Wright currently serving as MK Dons' Assistant First Team Coach.

Speaking ahead of Saturday's fixture, Matthew Bloxham discussed the hard work put in by both the U18 side and the younger players, as City look to kick on with the campaign.

"We've had a good week in training, integrating some of the U16 players also. We've been working closely with them, and an internal game that we held was a good opportunity to see some of the younger players and how they would be able to step up into the U18 side."

"Colchester are a free-scoring side, so we would expect an open game against them where they'll be wanting to attack regularly. We're looking forward to the challenge that they'll pose against us, as well as playing on the ground at Maldon. It will be a different experience for our players, and something that we hope they will learn a lot from."