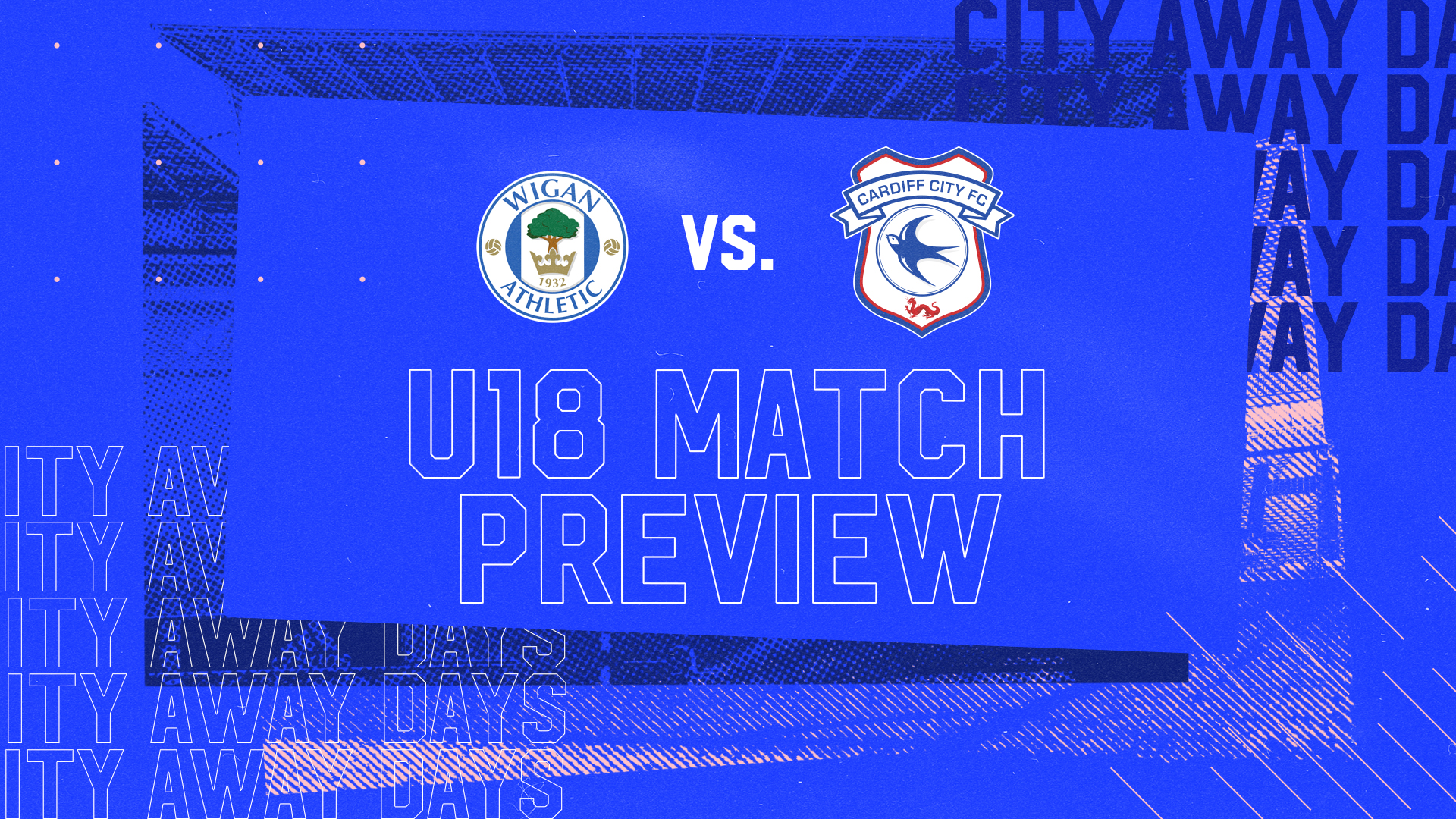 Cardiff City's U18 side travel to face Wigan Athletic on Saturday morning - kick-off at 11am.

The young Bluebirds will be looking for their first away win of the campaign this weekend, having drawn 0-0 against Coventry City in their most recent outing prior to the international break.

Matthew Bloxham made two changes to the side that started in City's home victory the week prior, as Jake Dennis and Aidan MacNamara entered the starting eleven.

Goalkeeper Dennis made the star turn on the day, saving a 37th minute penalty kick, keeping the fixture goalless as the Bluebirds took a good away point.

Meanwhile, Wigan Athletic's U18 side are second on the U18 PDL's North divisional table, having won two fixtures and lost another. Most recently, they defeated Queens Park Rangers 4-0 away from home, picking up three points to boost their early form.

Speaking ahead of the U18 side's return following the break, Matthew Bloxham praised the young Bluebirds for their efforts over the last few weeks.

"We're really happy with the way that these last two weeks have gone," began Matthew. "We've had an opportunity to train without the match at the end of the week, which has provided a slightly different experience for the young players.

"The boys are always hungry to play. They have a real eagerness to get out on the pitch and there's nothing like playing in a real match. They all missed it last week so the excitement is there for this weekend, especially against a good side like Wigan.

"We've had a few boys go out to play for Wales, so we've enjoyed having everyone back since the end of the international break."

This game will kick-off at 11:00am. Live updates can be followed on Twitter via @CF11Academy and highlights will be available afterwards on Cardiff City TV.