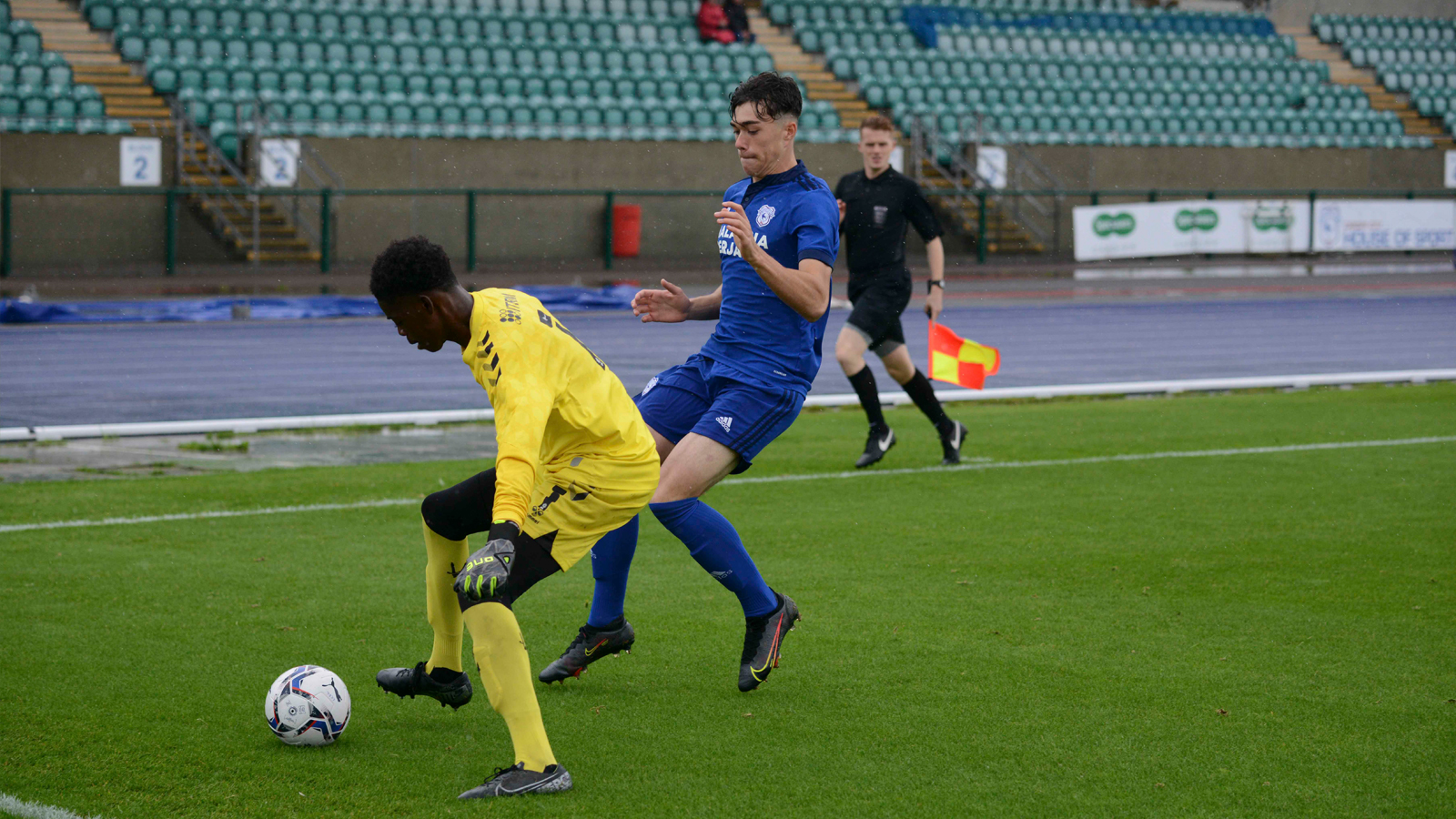 City’s U18 side faced a narrow 3-2 loss to Colchester United in the Professional Development League at Cardiff International Sports Stadium on Saturday.

Isaac Jefferies scored twice to level the scoring, but the visitors found a late winner.

With both teams having been out of match action for three weeks, they were both eager to get the opening goal. The Bluebirds started composedly in their play.

It was the visitors to open the scoring. Bradley Ihionvien netted after 13 minutes and then managed to score a second for the U’s, one minute later.

City responded in hunt to get one back and managed to with 33 minutes on the clock. Forward Jefferies superbly finished to give his team some momentum.

After the interval, Cardiff City came out determined to get an equaliser and found it just three minutes in. Scorer Jefferies added his second of the game with a brilliant finish to level.

The Bluebirds looked for the lead, but it went to Colchester after 81 minutes. Freddie Price was the player to score what proved to be the winner and earned his side three points, despite City’s battling efforts.