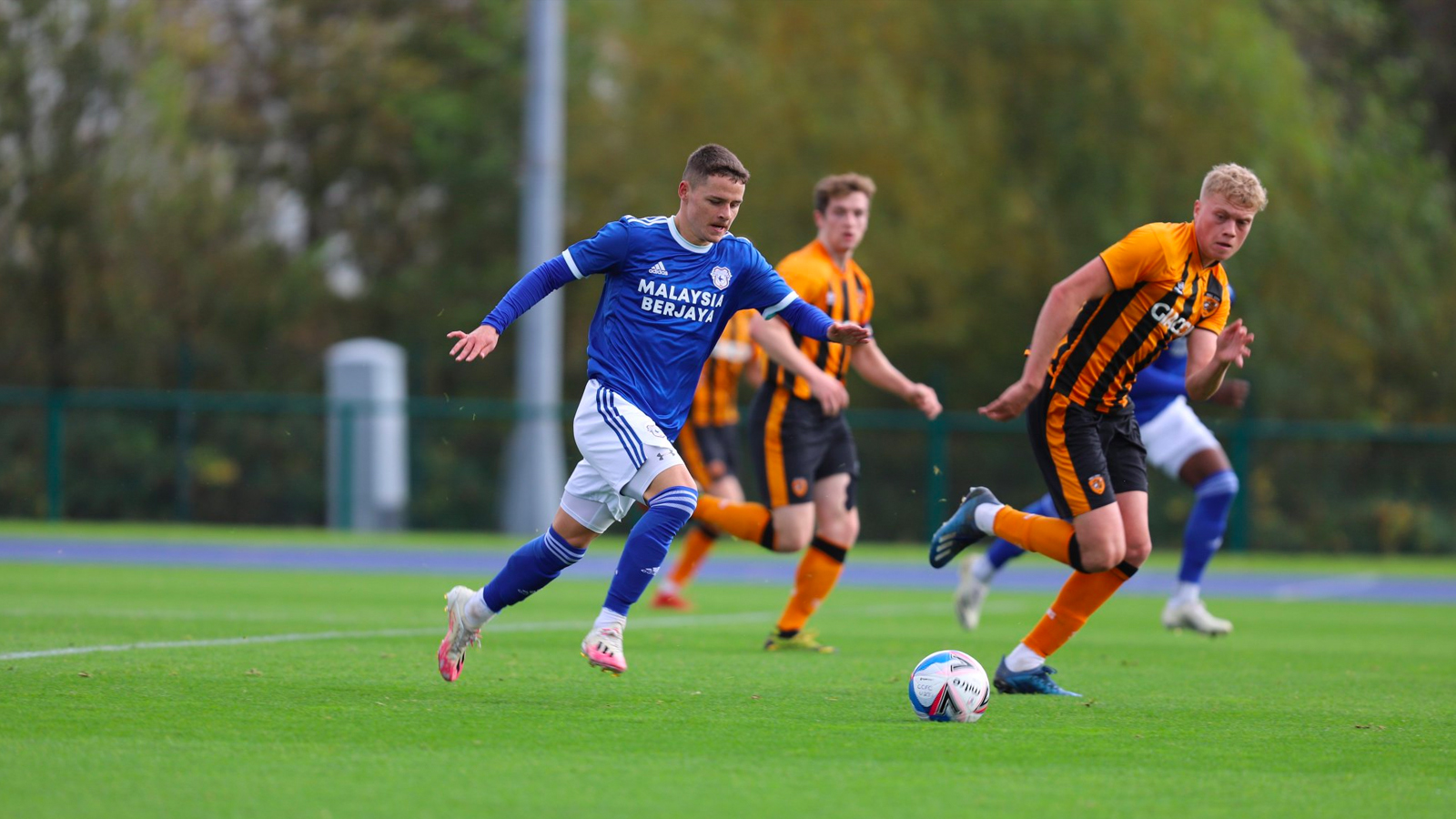 Cardiff City's U23 side earned their first points of the season on Tuesday afternoon, with a deserved victory against the Tigers.

Tentative opening passages of play filled the first 10 minutes of the match, as both sides looked to gain an early advantage.

Chanka Zimba's strike in the 13th minute gave the hosts their early lead. The forward reacted quickly to a fumbled pass inside the visitors' area, pouncing onto the loose ball before dispatching well from close distance.

Zimba nearly doubled City's lead little over ten minutes later, turning to strike once again inside the area, only to see his shot quickly blocked.

The visitors attempted to take control of the run of play as the half drew to a close, with Will Jarvis coming closest to an equaliser before the interval.

The forward's headed effort flew wide from a cross, though he was found offside by the linesman.

Challenged once again before the interval, defender Oliver Denham put in a key block to deny the visitors a clear shot on goal, the summer signing lunging at the ball as it left the foot of Jarvis.

Having had the better of the chances in the first half, City continued to press after the break, eventually finding their second of the afternoon through Isaak Davies.

Teammate Kieron Evans' clinical cross into Hull City's area found Davies free of his marker at the edge of the six yard box.

The forward needed no prompting, and instinctively nodded the ball in well past the reach of 'keeper David Robson, sending his effort in at the far post, where it nestled into the side netting.

The young Bluebirds' relentless pressure continued after the second goal, with several chances presenting themselves in the closing moments.

George Ratcliffe put in a terrific save with the final whistle about to blow, using his outstretched fingertips to tip a directly taken free-kick onto the crossbar from Ahmed Salam.

Keeping the score the same for the remainder, the Bluebirds had earned their first three points of the season as well as a deserved clean sheet. 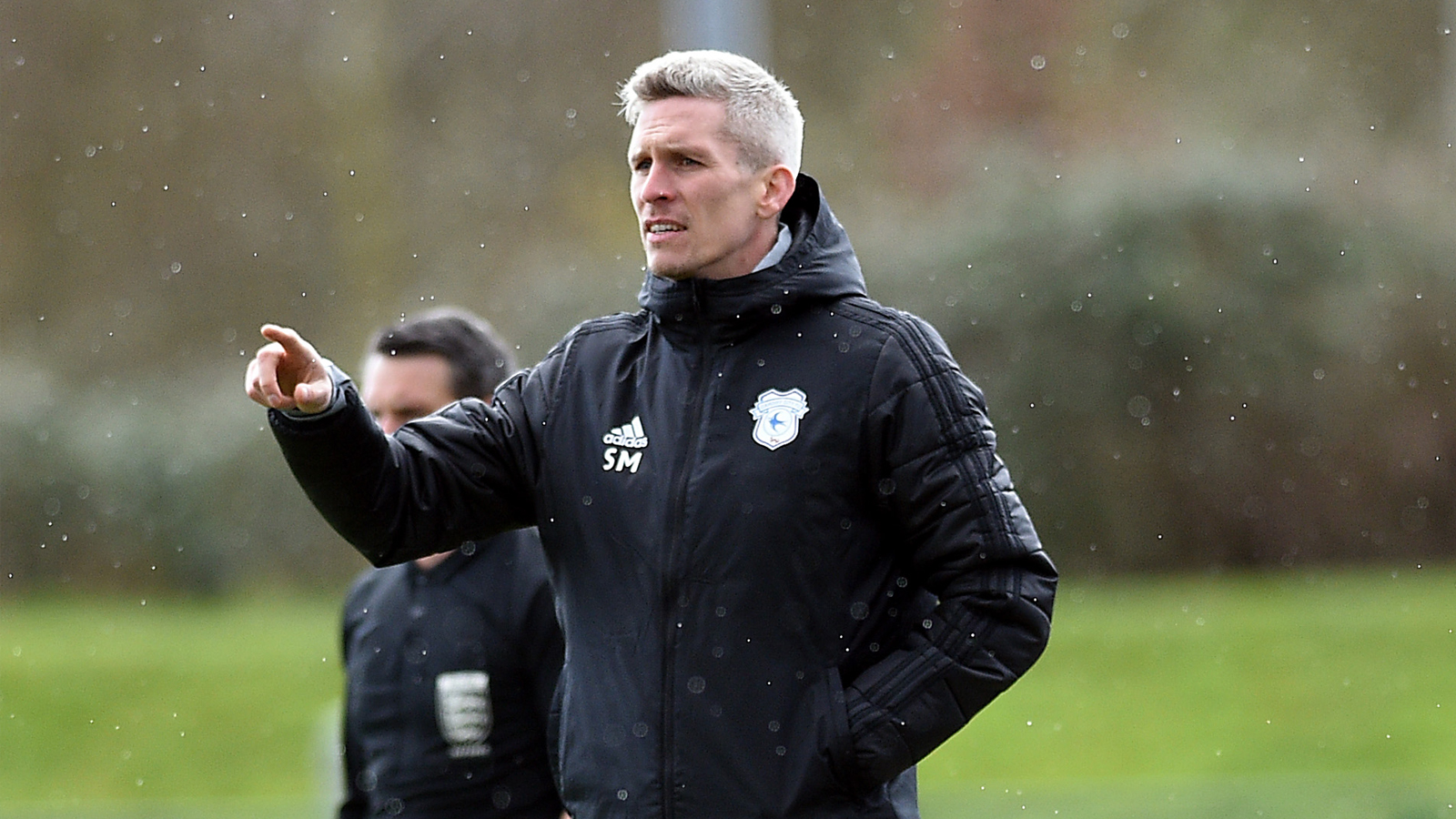 “We’ve been working incredibly hard behind the scenes, trying to get the boys up where they need to be on the pitch” Morison began. “Their work showed today, they were excellent from start to finish.

“Every game is going to have moments where you have to take your chances, and we took ours today.

“It’s been difficult at times this season; getting up early to travel and playing with a young bunch of players, but results like this have made the hard work worthwhile."

Morison also praised the work of summer signing Oliver Denham, who provided stability at the back alongside First Team loanee Filip Benković.

“Oliver’s been excellent since coming in,” Steve explained. “He’d not played a lot of football before coming here, and we pushed him really hard to get him where we wanted him to be.

“He missed out on a couple of games but these last two matches he’s been absolutely great.

“Oliver was excellent last Tuesday against Sheffield Wednesday and today I thought he was fantastic.”

City's U23 side return to PDL action on Sunday, as they travel to face Crewe Alexandra - kick-off at 1:30pm.