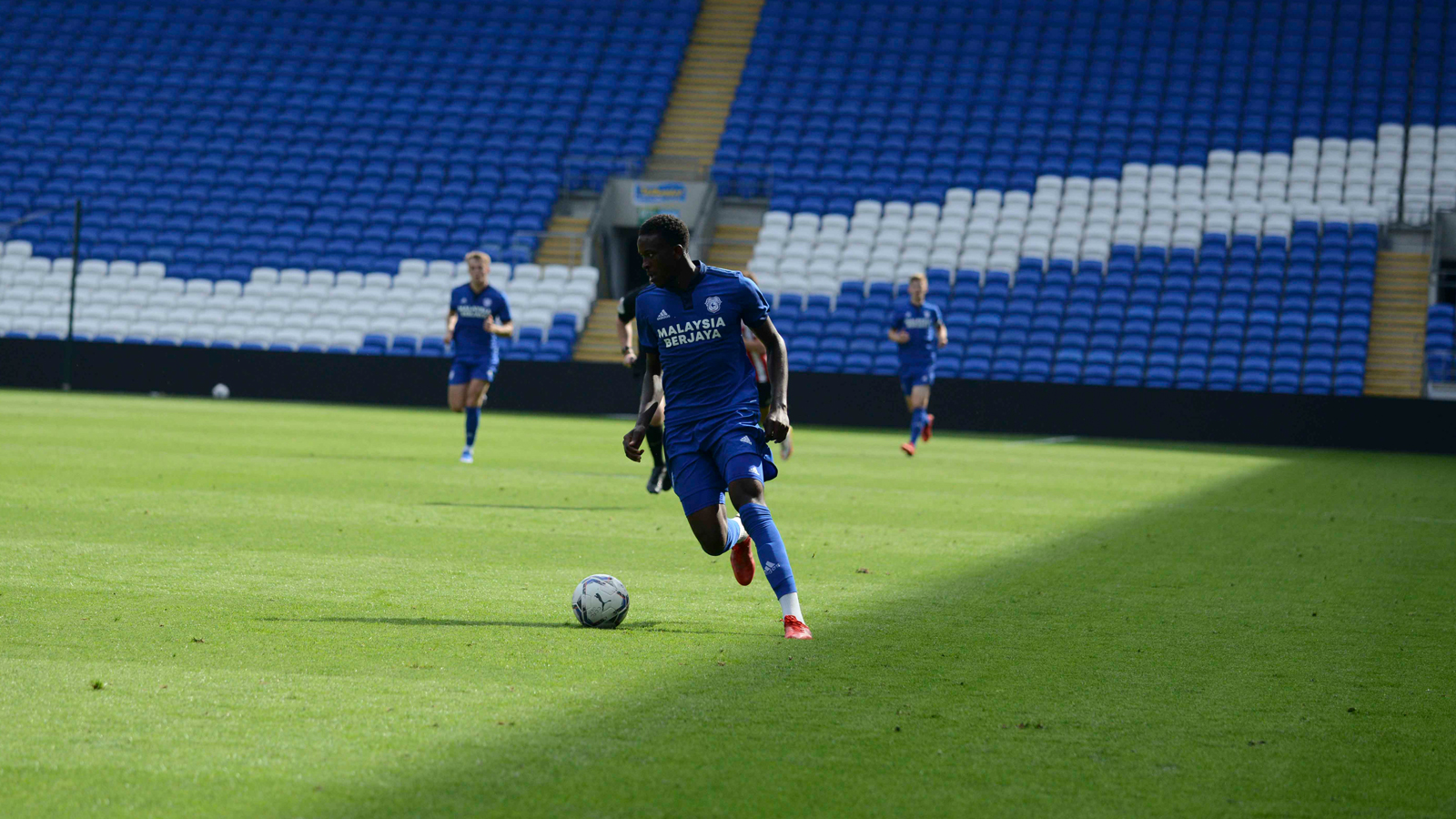 Cardiff City's U23 side continued their winning start to the 2021/22 season with another home victory on Monday afternoon, defeating Millwall.

Steve Morison made one change to the side that started against Sheffield United last week, with Taylor Jones replacing Mark McGuinness.

The Bluebirds began strongly, putting on early pressure in search of an opener. Chanka Zimba's early chance was denied by the linesman's flag, as he had strayed just offside, while Kieron Evans was denied by the 'keeper two minutes later, almost rifling home from Tavio D'Almeida's low cross.

Zimba would go on to break the deadlock with 21 minutes played, latching onto a through ball into Millwall's area before striking deftly with his left foot into the far corner.

Keenan Patten's shot from distance flew narrowly past the post, before Zimba was again caught offside when put through on goal. Having commanded play throughout the first half, the Bluebirds were unfortunate to be only one goal ahead at the interval.

The hosts did well to overcome the pressure of Millwall's attack in the early stages of the second half, with a dangerous cross flying across the face of City's goal undisturbed before Sean O'Brien's free-kick from 25 yards was blocked well by the City wall.

Faring the change of style from Millwall well, City responded with 15 minutes remaining by doubling their lead. Goalscorer Chanka Zimba turned provider for the second, playing Isaak Davies through for the forward to slot home from inside the area.

Seeing out the remainder, George Ratcliffe was called upon twice in the dying minutes to make his mark, stopping two dangerous shots in their tracks, while Oliver Denham's defensive header from a cross was also crucial in keeping a clean sheet. 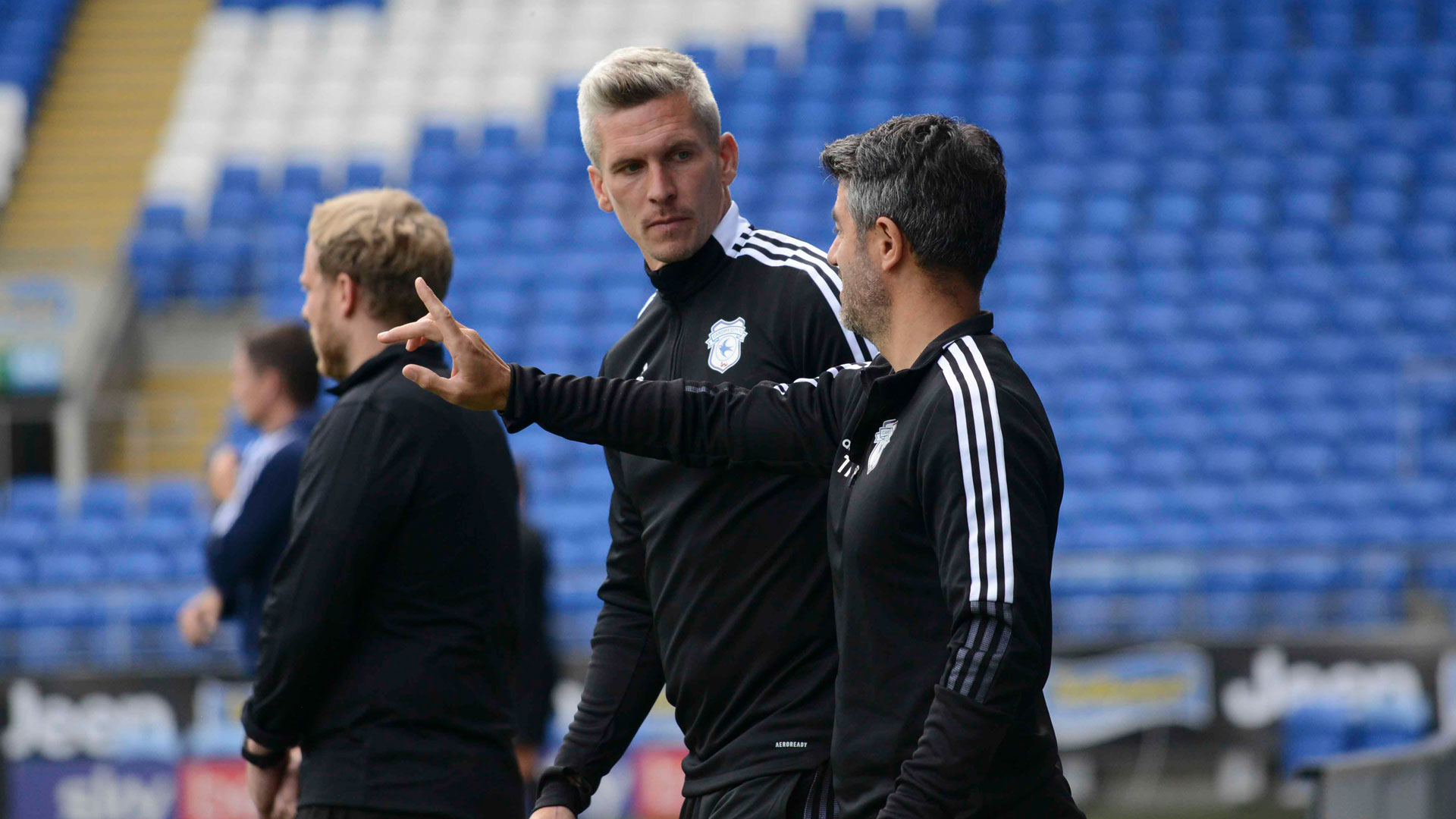 Following the final whistle, Steve Morison spoke to Cardiff City TV to share his thoughts on the performance:

"In the first half I think we were a bit unfortunate not to be more than one goal up," began Steve. "At one-nil there's always a bit of a chance, and we very nearly scored some fantastic goals.

"In the second half, we have to give them credit, they stopped us doing some things that we wanted to do. The more it went on the more it looked like they might have gotten an equaliser, but we got that next goal to give us another satisfying performance and another clean sheet.

"They had a bit of pressure, five or ten minutes, which you're going to get, and I think that the difference between us last year and this year is the fact that we can stand up to that pressure, we can deal with it, and we come through it.

"Then, when you go and score a goal, it settles everyone down. Five games, five wins, one goal against and eleven goals scored, so we're pretty pleased!"

Goalscorer Chanka Zimba also spoke post-match, adding: "Of course we're happy with the win, and keeping up the good form. It's always good to contribute with a goal, and today I got an assist too, so we just want to keep the momentum going.

"I'm happy to help the team with the goals that I've scored. We're very excited in camp and everyone is happy and looking forward to carrying on with the season."