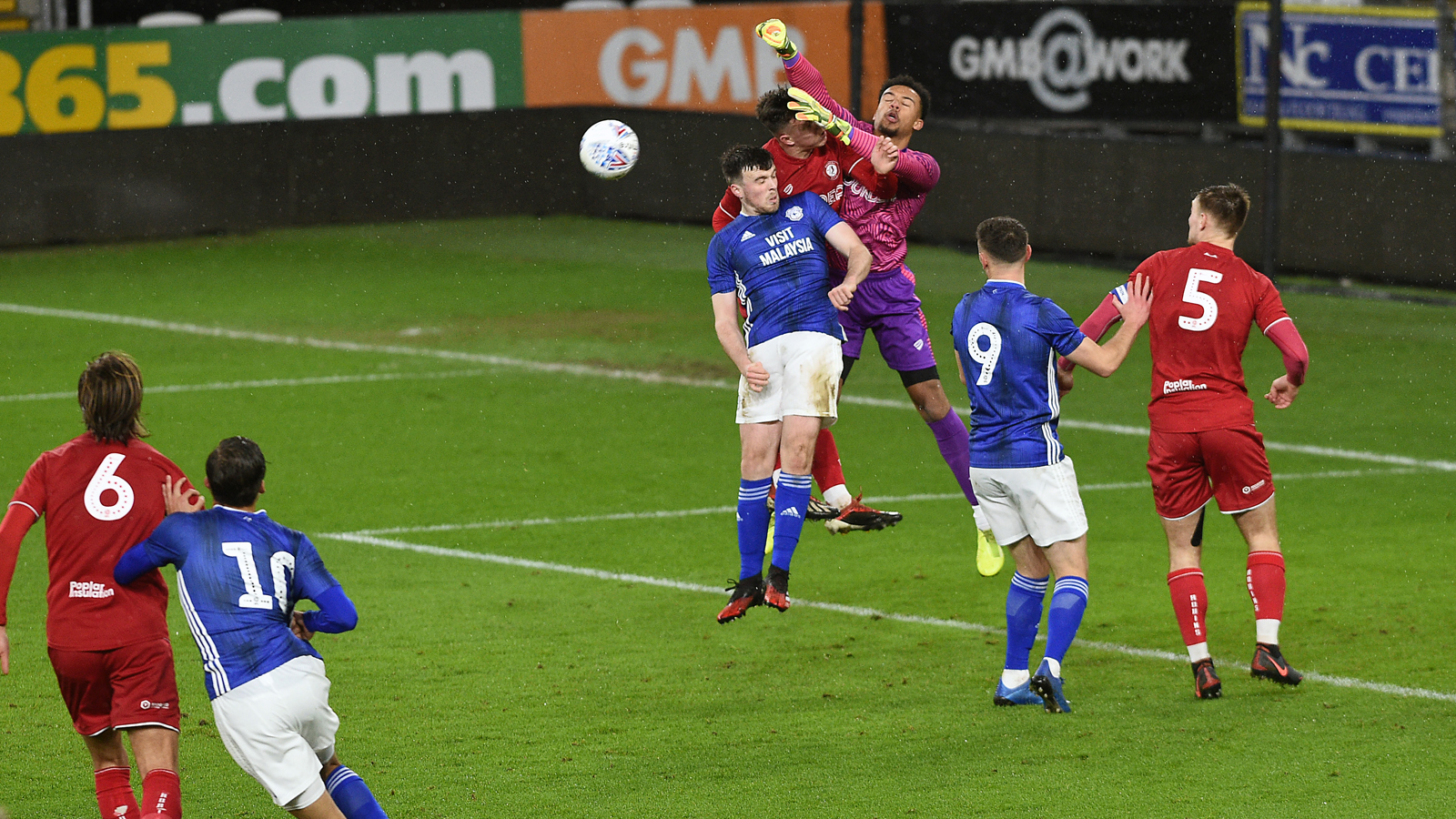 Cardiff City’s U23 side battled to defeat Bristol City U23 3-2 at Cardiff City Stadium in the Professional Development League on Tuesday evening.

Laurence Wootton, Mark Harris and Sion Spence were all on the scoresheet, as the Bluebirds earned three points. In his first game in charge, Steve Morison named a strong starting line-up, involving recent signing Brad Smith.

The Robins were the first to put a shot on target, after nine minutes. Matt Hall comfortably gathered Freddie Hinds’ powerful effort from the edge of the box. Two minutes prior to the half-hour mark, Opi Edwards came close for the visiting side by cannoning a free-kick off the right post.

Tom Sang had the Bluebirds’ first attempt on target with 38 minutes played. The attacker’s shot on the turn from the edge of the box was saved by Jojo Wollacott.

City took the lead after 43 minutes through midfielder Wootton. The 20-year-old refused to give up on the ball, beat goalkeeper Wollacott to it and poked in his third goal of the campaign.

Bristol City equalised one minute later through right-back Edwards, who curled into the bottom left corner from the area’s edge. After the interval, it took seven minutes for Cardiff City to regain their lead. Forward Harris pounced on a defensive error and finished past Wollacott to secure his third of the season.

The Bluebirds extended their advantage with 19 minutes of the 90 remaining. Attacker Spence composedly finished into the bottom right corner from just outside the box, scoring his second of the campaign.

A tense ending was to follow, as the Robins brought their goal deficit to one through Louis Britton’s finish from an acute angle. City remained resilient for the remainder of the encounter and took three points from their Severnside rivals.