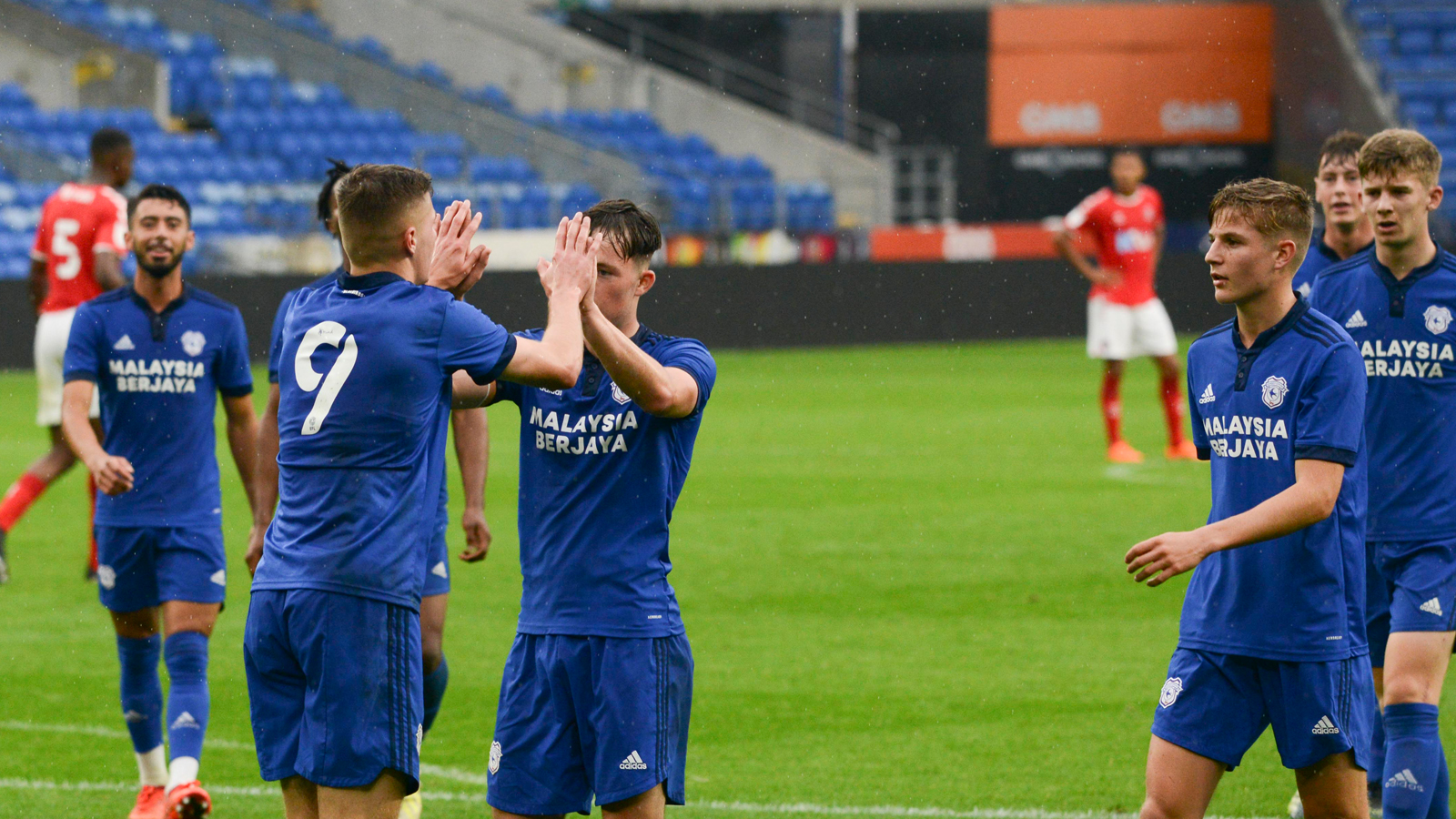 Cardiff City's U23 side enjoyed a well-earned victory at CCS on Tuesday afternoon, defeating the Addicks.

Steve Morison named a starting eleven that had six changes from the last time out, including an appearance by James Crole, who had featured heavily in City's 5-0 U18 side victory against Bristol City on Saturday.

The hosts enjoyed the perfect start to the match, when in the second minute of play Trialist was able to put City ahead. His shot from close range flew into the back of the net, following a successful early press in the midfield.

Before the ten minute mark, James Crole doubled the lead with a well-placed header. Receiving the cross from inside the area, he smartly sent the ball at the near post, catching 'keeper James Beadle off-guard.

One minute later, Jack Leahy came close to making it three, but his lofted effort from a one-on-one with the 'keeper went into the side netting.

Continuing their high press, City created a number of promising chances throughout the first half. Leahy once again came close, whilst Oliver Denham's headed effort glanced off the crossbar.

Crole added to his tally moments before the half-time whistle. Breaking through the defensive line with the ball at his feet, the forward scored from the 'keeper's initial save, which kindly rebounded at Crole's feet.

The second half saw Charlton pose a bigger challenge for City, as they applied pressure on the hosts in search of a comeback.

However, the Bluebirds quickly added their fourth goal of the afternoon in the 54th minute of play. James Crole secured his hat-trick in great style, taking on a throughball before quickly dispatching it at the edge of the area, beating the 'keeper.

At the other end, City put in a solid defensive display, with Oliver Denham and James Connolly operating well in the middle of the backline. Denham put in a number of good clearances under pressure, whilst Connolly did well to hastle the opposition whenever he was given the opportunity to do so.

Charlton's only goal proved a consolation for the visitors, when in the 80th minute Richard Chin found the back of the net.

With the final whistle blown, City's unbeaten record continued to six matches won from six, continuing to top the U23 PDL South table.

“It was a good win,” began Steve. “Their players came with a different approach and we adapted quite quickly to score an early goal thanks to our press and shape. There was a different team to what we usually had, we brought in some of the young lads in and they did excellently.

“It was pleasing that we had those changes but managed to keep the performance levels high. We weren’t as dominant as we could have been, and of course we’re disappointed to have conceded the one goal when all of the boys at the back have done a good job.”

City U23 captain James Connolly also spoke following the victory, adding: “It’s good to win six from six, and obviously we’re disappointed to have conceded today, but the lads are made up.

"We know that we’re always building, and have gotten better and better as the season has gone on, so hopefully we can keep it going.

“They were a strong team, and we had some of the younger guys in who did a great job, including James Crole up top.

“We see the younger players in training every day, so we know what they’re about. There were plenty of Wales internationals among them, so we expected them to put in a good performance today, which they did.”