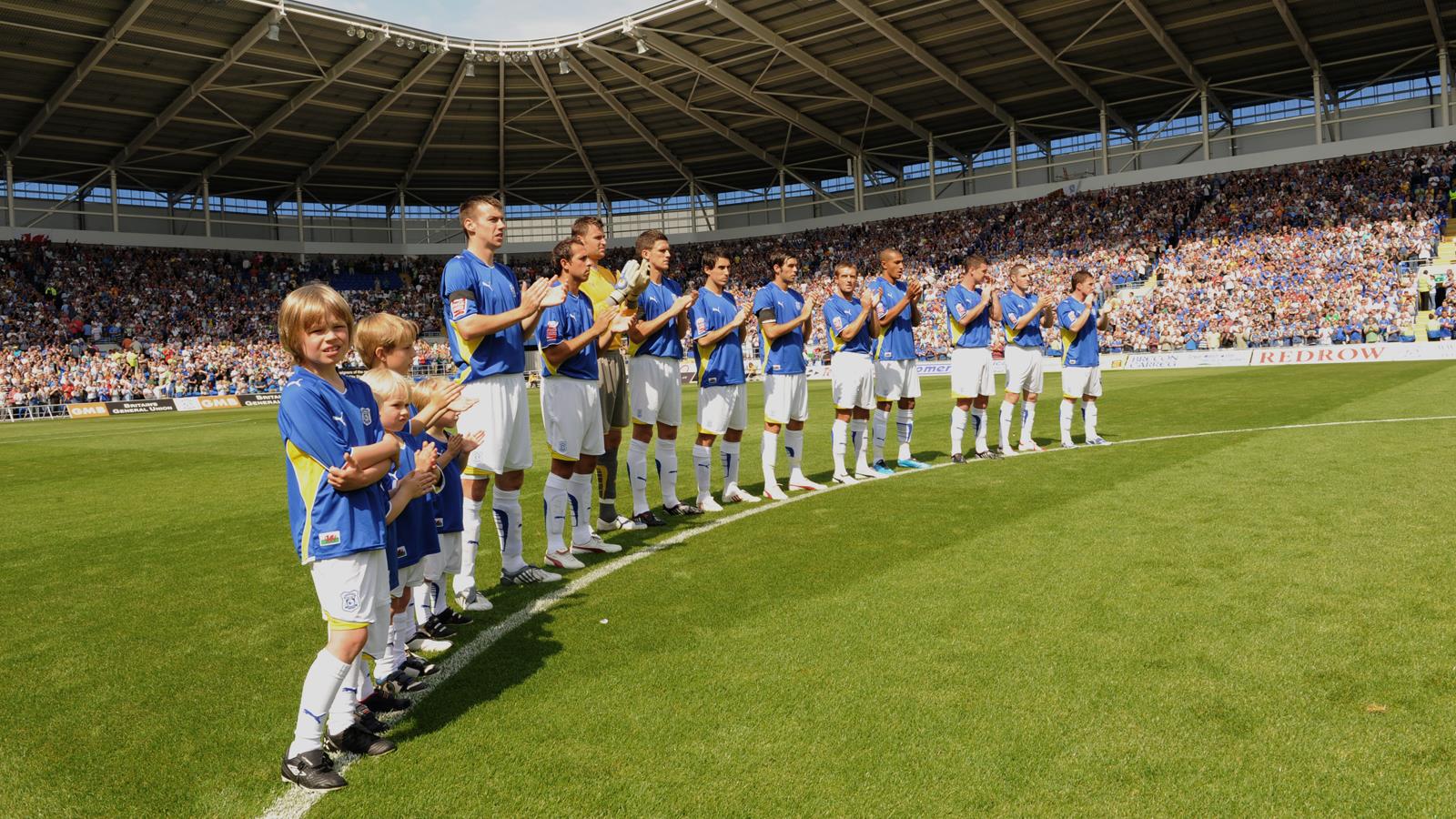 
As we look ahead to tomorrow's match, remember some of City's finest opening day results of all time here...

Tomorrow is the day that the Bluebirds' season gets underway against Birmingham City at St Andrew's! We're counting down to the kick-off of the 2016/17 campaign by taking a look back at memorable moments, matches and players featuring the numbers 1-11.

After narrowly missing out on promotion the year before, a new-look City side travelled to Upton Park to face a West Ham team who were fancied to bounce straight back up to the Premier League.

Some early saves from David Marshall denied Frédéric Piquionne and Matt Taylor, as the Hammers looked to make the perfect start to life in the Championship, although Rob Green needed to be on his toes to stop a Don Cowie header. Then, as the heavens opened in East London, it was the Bluebirds who scored the all-important goal.

As the clock ticked into added time, Rudy Gestede won the ball on the right flank. The striker advanced into the box, and pulled the ball back towards Kenny Miller, who fired into the top corner – to the delight of the travelling fans behind the goal.

It was Michael Chopra who scored the first League goal at our new home. After a superb run from the impressive Ross McCormack, Peter Whittingham hit a low shot towards goal, and the ball flicked off the heel of Chopra to loop into the net.

Jay Bothroyd was next on the score-sheet, stabbing home at the far post after Joe Ledley’s initial shot had been parried. Chopra got his second before the half time whistle, firing home following a Bothroyd back-heel. Following a foul on Chris Burke in the box, Whittingham then stepped up to add to a convincing first-day display at the new home of the Bluebirds.

New signing Mark Farrington also found the back of the net on his competitive début. Then, Nigel Vaughan added a third, before defender Jimmy Mullen finished the job from the penalty spot, to round off a resounding opening day performance.

1962/63 – Cardiff City 4 – 4 Newcastle United At Ninian Park on 18th August, City played out a thrilling 4-4 draw with Newcastle United to begin the season. 27,673 watched on as the Bluebirds looked to return to Division One under Bill Jones.

New signing Ivor Allchurch (who had joined us from the Magpies) was making his début, along with Peter Hooper. It was the winger, Hooper, who opened his Cardiff account, and was joined on the score-sheet by Mel Charles and Barrie Hole, who netted twice in this exciting encounter.

For Newcastle, the scorers were Dave Hilley, Jimmy Fell (from the penalty spot) and a City own goal.

After the Hatters took an early lead at Edgeley Park, it didn’t take long for Cardiff to respond, as new signing Jimmy Gill drew the Bluebirds level. Fifteen minutes later, Gill was at it again, turning the game on its head, and inviting City to finish County off.

Further goals followed from Billy Grimshaw, Fred Keenor and Jack Evans, as the Bluebirds roared to victory. They continued their good form throughout the campaign, winning promotion to Division One at the first attempt.