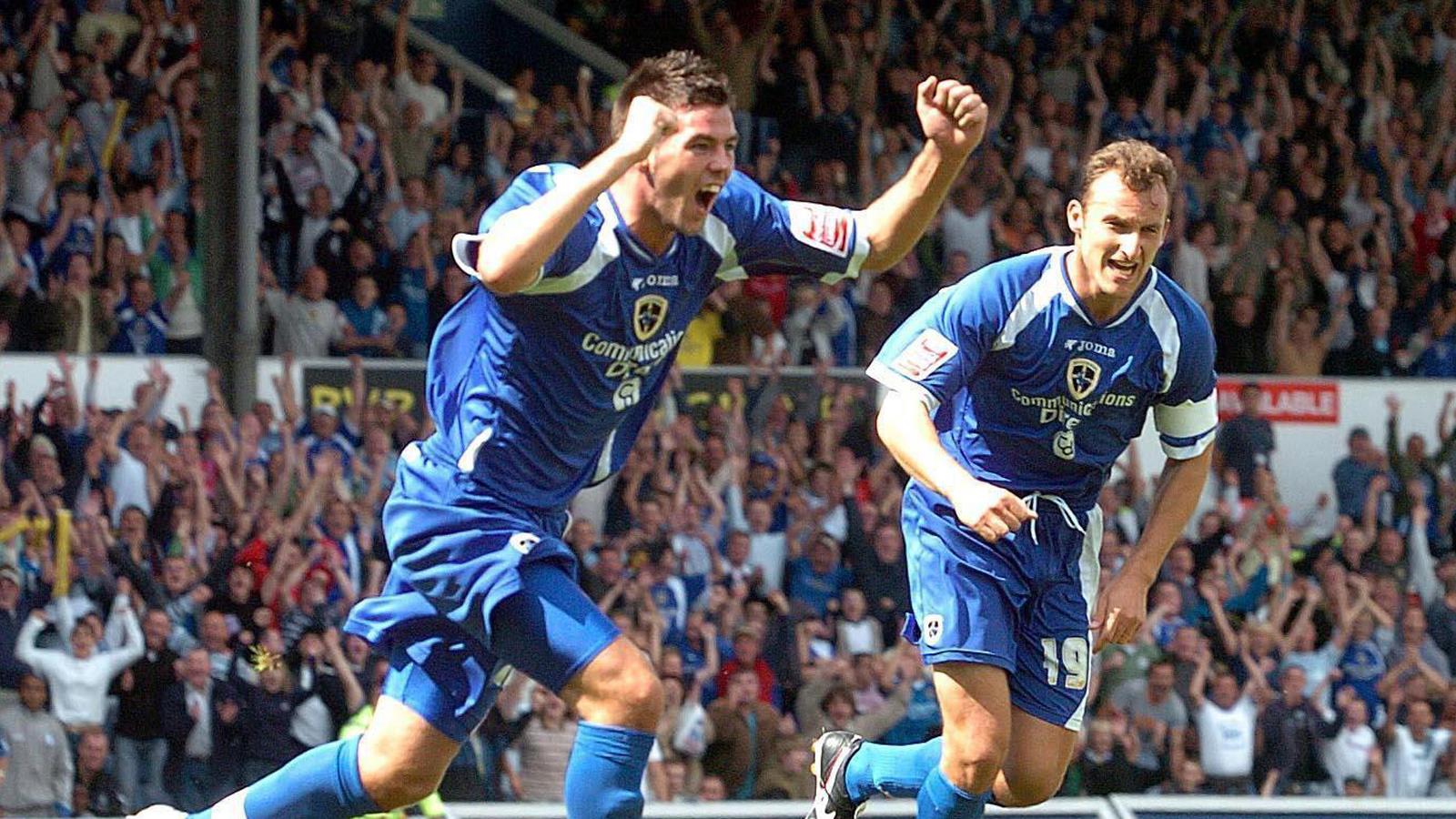 , read on for five memorable Cardiff City results against the West Midlands side... Birmingham City travel to Bluebirds days to go until the FIVEWith We're counting down to the kick-off of the 2016/17 campaign by taking a look back at memorable moments, matches and players featuring the numbers 1-11.

Scroll down for full highlights of this 2006/07 clash with the Blues at Ninian Park!
As the FA Cup holders, the Bluebirds travelled to Birmingham to face a Blues side who had finished seventeenth in the previous campaign. City did not disappoint, with an emphatic 3-1 victory. FA Cup Final goal-scorer Hughie Ferguson was on target for Cardiff, scoring twice in front of the 32,000 strong crowd.

Outside-left Billy Thirlaway added a third for the Bluebirds, who went on to finish sixth in Division One that season.

During an incredible end of season run, striker Ken Chisholm scored two goals in the match, ending the season with eight goals in his last eleven matches. The other Cardiff goal came from top-scorer Wilf Grant, sending a majority of the 28,000 fans home happy. The three points were vital towards City’s promotion push, with the Bluebirds celebrating a second place finish at the end of the season.

Forward Bobby Brown, who had signed for £15,000 earlier in the season, found the back of the net twice at Ninian Park, before fellow newcomer Barrie Jones added a third. It was our final home fixture of the season, and the win in front of 12, 872 fans ensured that Cardiff avoided relegation to Division Three.

1968/69 – Cardiff City 4 – 0 Birmingham City After a shaky start to the season, this resounding win set the Bluebirds up for a strong Division Two campaign.

A 3-3 draw at Bury had got City off the mark, and a subsequent 1-0 win against Preston lifted Cardiff off the foot of the table. Against Birmingham, scoring sensation John Toshack got his first home goals of the season with a brace. Fellow striker Brian Clark also found the back of the net, as well as Barrie Jones. The season ended with the Bluebirds in fifth position, and was rounded off with a Welsh Cup Final win over rivals Swansea City.

2006/07 – Cardiff City 2 – 0 Birmingham City The Bluebirds overtook the Blues at the top of the Championship table with this win, in front of near a 20,109 crowd at Ninian Park.

Local lad Joe Ledley opened the scoring after twelve minutes, with a left-footed shot from twelve yards. The second-half introduction of Cameron Jerome, who had signed for Birmingham from Cardiff only 3 months earlier, could not help the Blues, as Paul Parry added a second on seventy-five minutes. The winger fired home with his right foot, after a pass from Steven Thompson, to send the bumper crowd home happy.