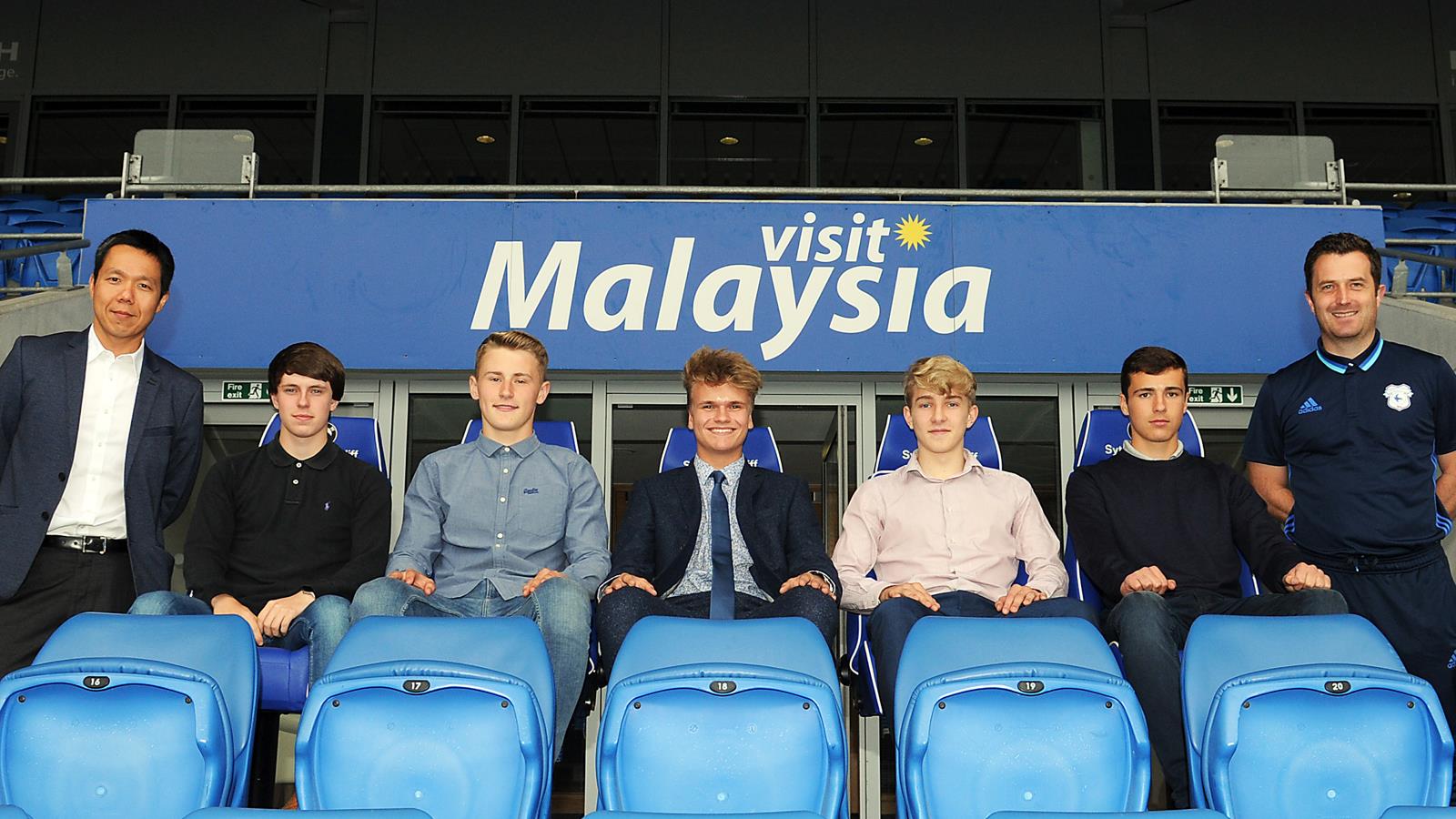 The new scholars were introduced to the full time system at Cardiff City with a welcome evening at CCS, signing their contracts under the watchful eye of Director & CEO Ken Choo, as well as Academy Manager James McCarthy.

Jack is a strong towering central defender, who has been involved with the Cardiff City Academy since the U14 age group, progressing through the Cardiff City FC Advanced Development Centre in Newport. The young Bluebirds defender has represented Wales at international youth level.

Warren is new to the Cardiff City Academy setup, having signed his two-year apprenticeship after completing the schoolboy programme at Norwich City. The talented young goalkeeper from Gorleston, Norfolk, will share U18 goalkeeping duties for the season with Scott Coughlan.

Alfie signed his apprenticeship with the Bluebirds on July 1st, having previously played for West Ham United. The young defender is confident in central defensive and full-back positions.

Keiron has been with the Bluebirds since the age of eight, A determined young winger/attacker, Keiron has also represented his country at youth levels, lifting the Victory Shield with Wales in 2014 & 2015.

Cai signed his first Academy registration at the age of eight, and has progressed through the system alongside Keiron Proctor. He is a confident full-back, and Welsh youth international.

Laurence is another new face for the young Bluebirds, having joined from Stoke City this summer. The young midfielder, known for his creativity, will be looking to cement his place in the U18 starting eleven ahead of the coming campaign.

The full Cardiff City apprentice profile list can be found by clicking here, new 2016/17 headshots to follow in due course.