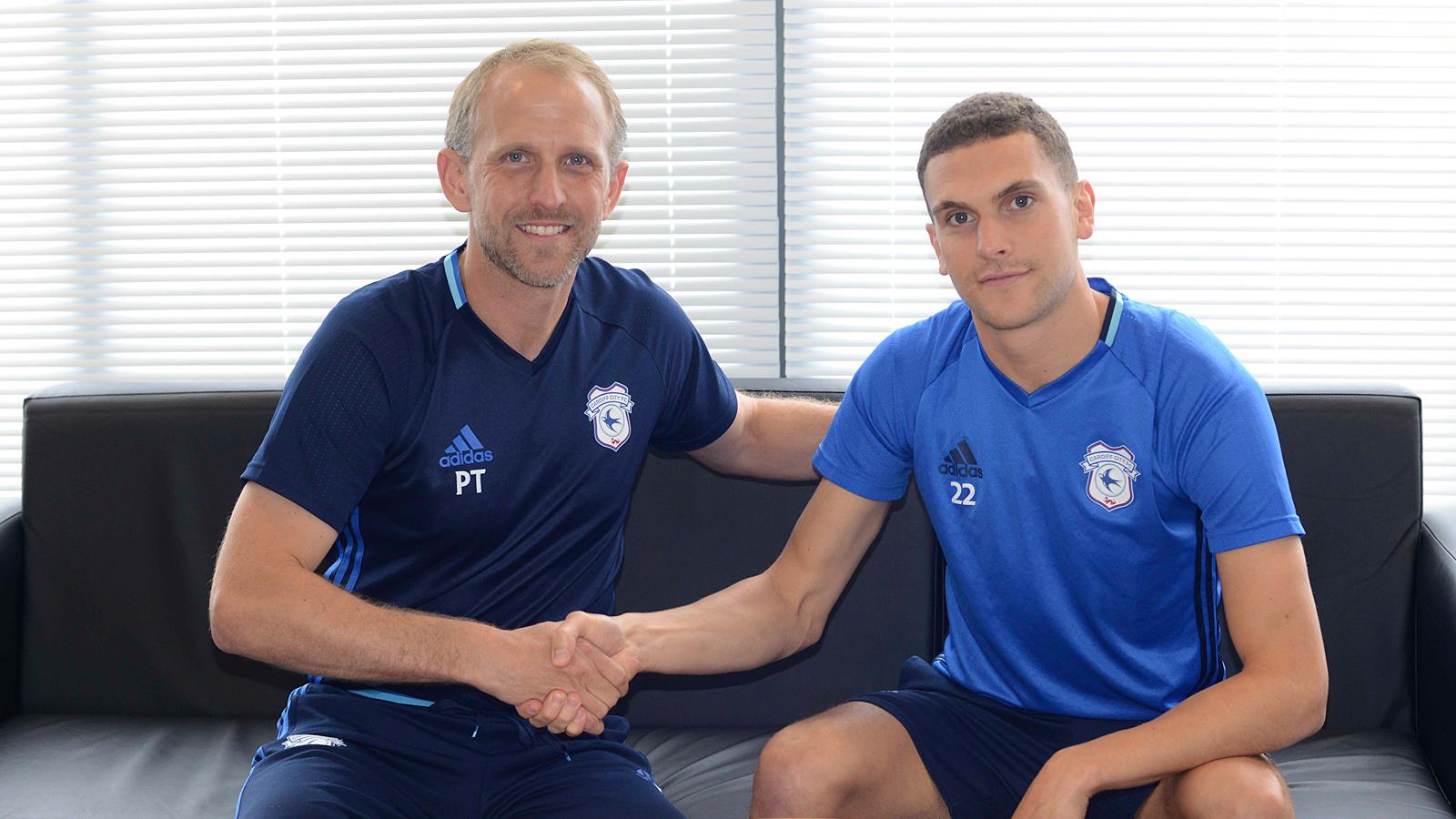 Cardiff City Football Club is delighted to announce that Stuart O’Keefe has signed a new contract that will keep him with the Bluebirds until the summer of 2019.

The twenty-five year old joined City in January 2015 and has made thirty-three appearances for us to date, scoring twice. His first goal came in the Severnside derby last March in a 2-0 win over Bristol City, whilst the second was the winner against Derby County at Cardiff City Stadium in front of a record 28,680 attendance.

Having made his first start of the campaign at Wolves in January, Stuart went on to figure eighteen further times before the close of the season - a run during which City lost just four times.

Speaking exclusively to Cardiff City Player HD in an interview that you can watch in full as part of our opening ‘In The City’ of the season on Thursday evening – or on Friday evening’s‘Made With The Bluebirds’ (7.30pm, Sky Channel 134) – Stuart said: “I’m delighted to get this done and dusted.

"I’ve enjoyed my time at City, especially the last eight months, so we can move on now and look forward.

“Hopefully we can keep pushing and improving as a squad and get ourselves back in the Premier League.”