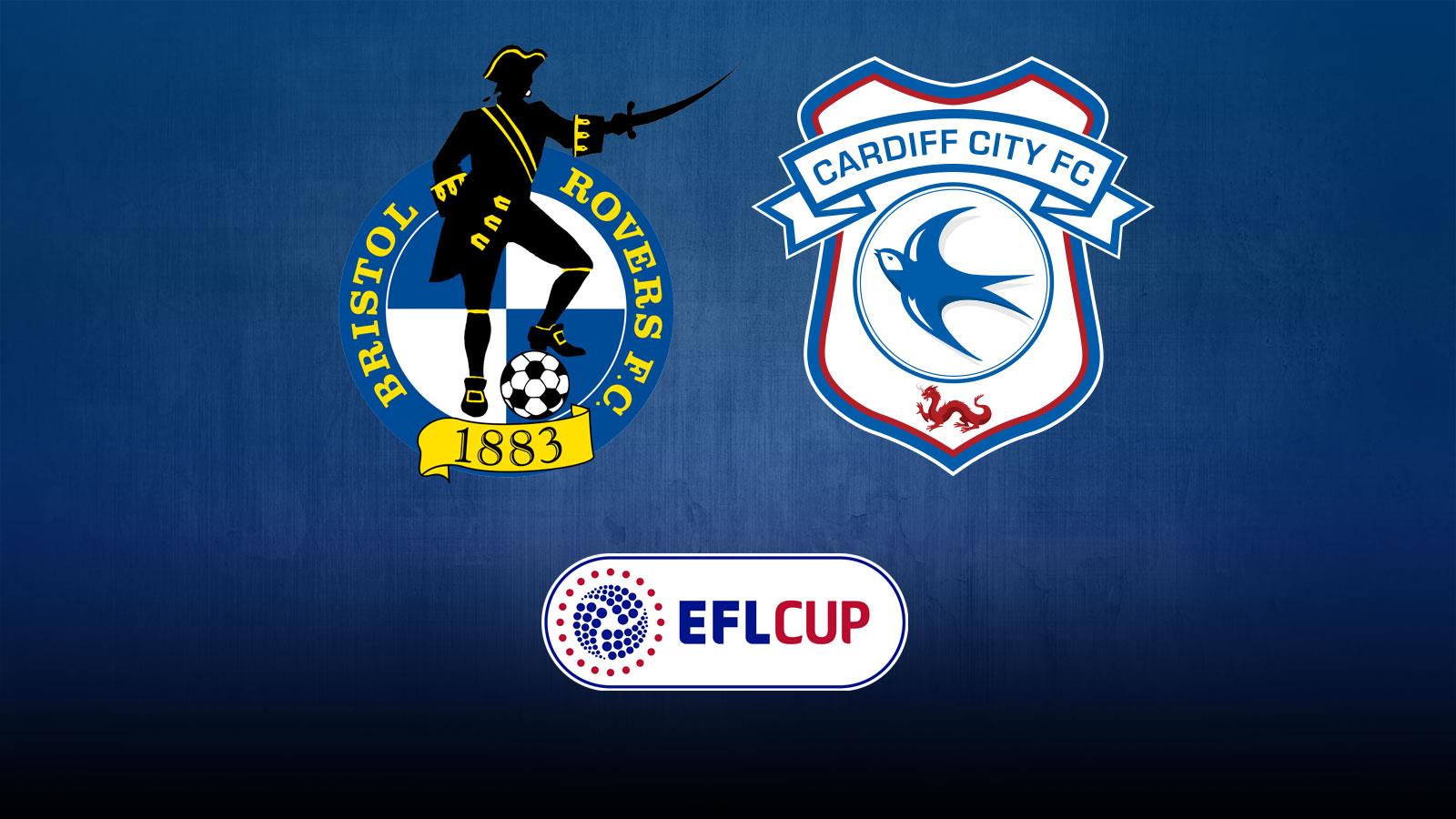 Cardiff City travel over the Severn Bridge to take on Bristol Rovers in the EFL Cup First Round on Thursday evening. Victory would see the Bluebirds progress into the second round of the competition for the fourth consecutive campaign.

Bristol Rovers secured promotion from League Two last season in dramatic fashion. In their final match of the campaign it appeared they were heading for the lottery of the Play-Offs, but a stoppage time winner from Lee Brown snatched the third and final automatic promotion place for Darrell Clarke’s men.

This was the Gas’ second consecutive promotion but their return to the third tier of English football on Saturday did not go according to plan. Rovers lost 3-1 away to Scunthorpe with the Iron staging a brilliant fight back after being behind at the break.

The Bluebirds will have to watch out for Matty Taylor on Thursday; the striker put his side ahead at the weekend and was top scorer in League Two last season with a very impressive haul of 27 goals.

There are several connections to City’s Severnside rivals on the Bluebirds coaching staff. Head Coach, Paul Trollope began his managerial career with Rovers and was in charge from 2005-10. During this time, he steered the Club to a memorable FA Cup Quarter Final appearance in the 2007/08 competition, the same season that the Bluebirds reached the final!

City’s new assistant manager Lennie Lawrence also had a spell with the Gas as their Director of Football. Interestingly, this was the first time City’s current head coach and assistant linked up together. Goalkeeping coach Martyn Margetson is another to have represented Thursday’s opponents, although this was limited to a three game loan spell in 1993.

Former Bluebirds loanee, Liam Lawrence could feature for Rovers on Thursday. The Republic of Ireland midfielder made thirteen appearances for City in the 2012/13 season, scoring one goal against Barnsley.

City met Rovers in the second round of this competition on 26 August 2009 and ran out 3-1 winners to make it four wins out of four in competitive matches at the newly-opened Cardiff City Stadium.

Summer Signing, Michael Chopra put the Bluebirds in front, dispatching a Kelvin Etuhu pass to score his eighth goal in six games since rejoining from Sunderland. Peter Whittingham doubled the host’s advantage midway through the second half, tapping in a pinpoint Chris Burke cross.

Rovers’ defender Steve Elliot headed home a corner to give his side hope of a comeback with around fifteen minutes remaining. However, teenage striker, Josh Magennis, ensured his side’s progression by bagging his first competitive goal with a calm finish.

The result set up a third round tie away to Premier League Aston Villa where the Bluebirds went down 1-0 to a Gabriel Agbonlahor strike.

Scroll down to watch Josh Magennis' goal against the Gas!

AWAY DAY FACTFILE •    The club changed its name from Bristol Eastville Rovers to Bristol Rovers in 1899 - the same year that Cardiff City began life as Riverside A.F.C.
•    The distance between Cardiff City Stadium and Rovers’ Memorial Stadium is approximately 45 miles.
•    The Gas moved to their current home in 1996 and two years later, bought it from Bristol Rugby Club.
•    This is Rovers’ first season back in League One since they were relegated from the division in 2011.

DON'T MISS A MOMENT!LISTEN: Supporters can listen in live on Cardiff City Player HD* for all the action from the Gas vs City.