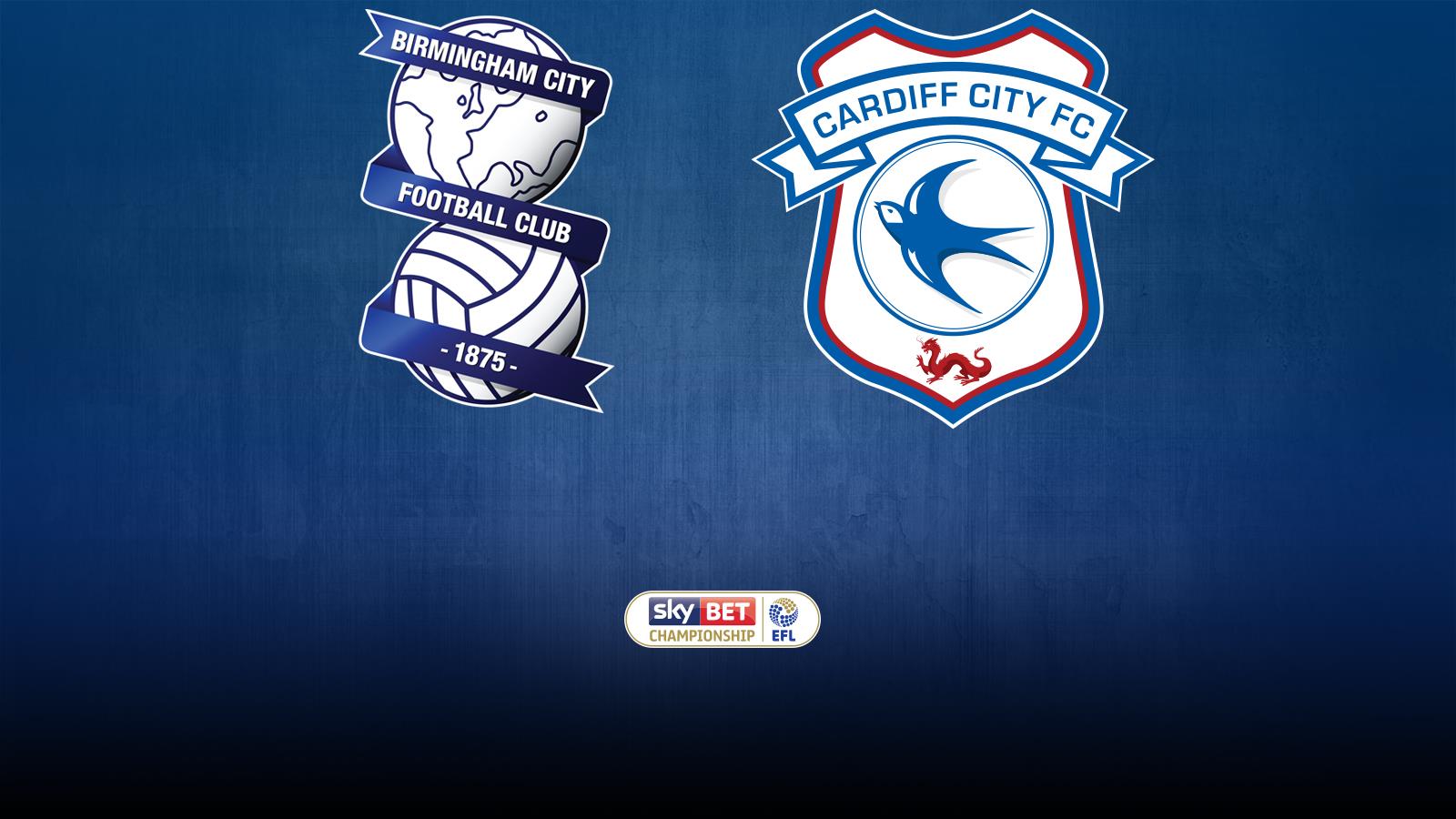 The waiting is over! Cardiff City kick off our 2016/17 campaign away to Birmingham City at 3pm tomorrow...

Over 1700 Bluebirds will be at St Andrew's to cheer on Paul Trollope's troops on opening day, with away tickets on sale from the Cardiff City Ticket Office until 5pm today (05/08)!

*For those travelling up to Birmingham, please note that Cardiff fans are being asked to use the M42, exit this at J.6 and join the A45 to the ground.*

Our home draw with Blues on the final day of last season secured our opponents a tenth-place finish, matching their final position of 2014/15.

Since then, manager Gary Rowett has added three players to his squad: German midfielder Robert Tesche has re-joined after a loan spell in 2015, defender Ryan Shotton also signed permanent terms following a loan stint at St. Andrew's, and young defender Daniel Cleary has joined from Liverpool. Striker James Vaughan’s loan move was also made permanent in the close season.

Blues have had a similar pre-season to City, with matches against Forest Green Rovers and Shrewsbury Town, both coming after a training camp in Spain. Despite a 3-0 win against FGR, Birmingham fell to a 1-0 defeat against the Shrews. Fixtures against Hibernian, Port Vale and Roda JC followed, before Rowett's men defeated Kidderminster Harriers to complete their pre-season preparations.

City midfielder Tom Adeyemi joined the Bluebirds from Birmingham in 2014, following in the footsteps of Jordon Mutch, back in 2012. Mutch made 60 Cardiff appearances, scoring seven goals, including a stunning Premier League winner at Craven Cottage in 2013.

Two players who have made the same move, but in the other direction, are Cameron Jerome and Chris Burke. Following a breakthrough Ninian Park campaign in 2005/06, Jerome made the switch to St Andrew's at the end of that season, spending five years in Birmingham. In that time, Cameron helped the Blues gain promotion twice, and also lifted the League Cup in 2011. He is now back in the Championship with Norwich City.

Scottish winger Chris Burke’s fifteen league goals helped fired the Bluebirds into two consecutive play-off campaigns. Burke left Cardiff City Stadium in 2011 after two and a half seasons in South Wales, joining up with the then recently relegated Blues. In three Championship seasons at Birmingham, Burke scored 28 goals in 155 games, before moving to Nottingham Forest in 2014.


Click on the image above to take a look back at 5 memorable meetings with the Blues over the years, as part of our 1-11 Fixture Countdown!

DON’T MISS A MOMENT
LISTEN: Supporters can listen in live on Cardiff City Player HD* for all the action from Birmingham City vs Cardiff City.