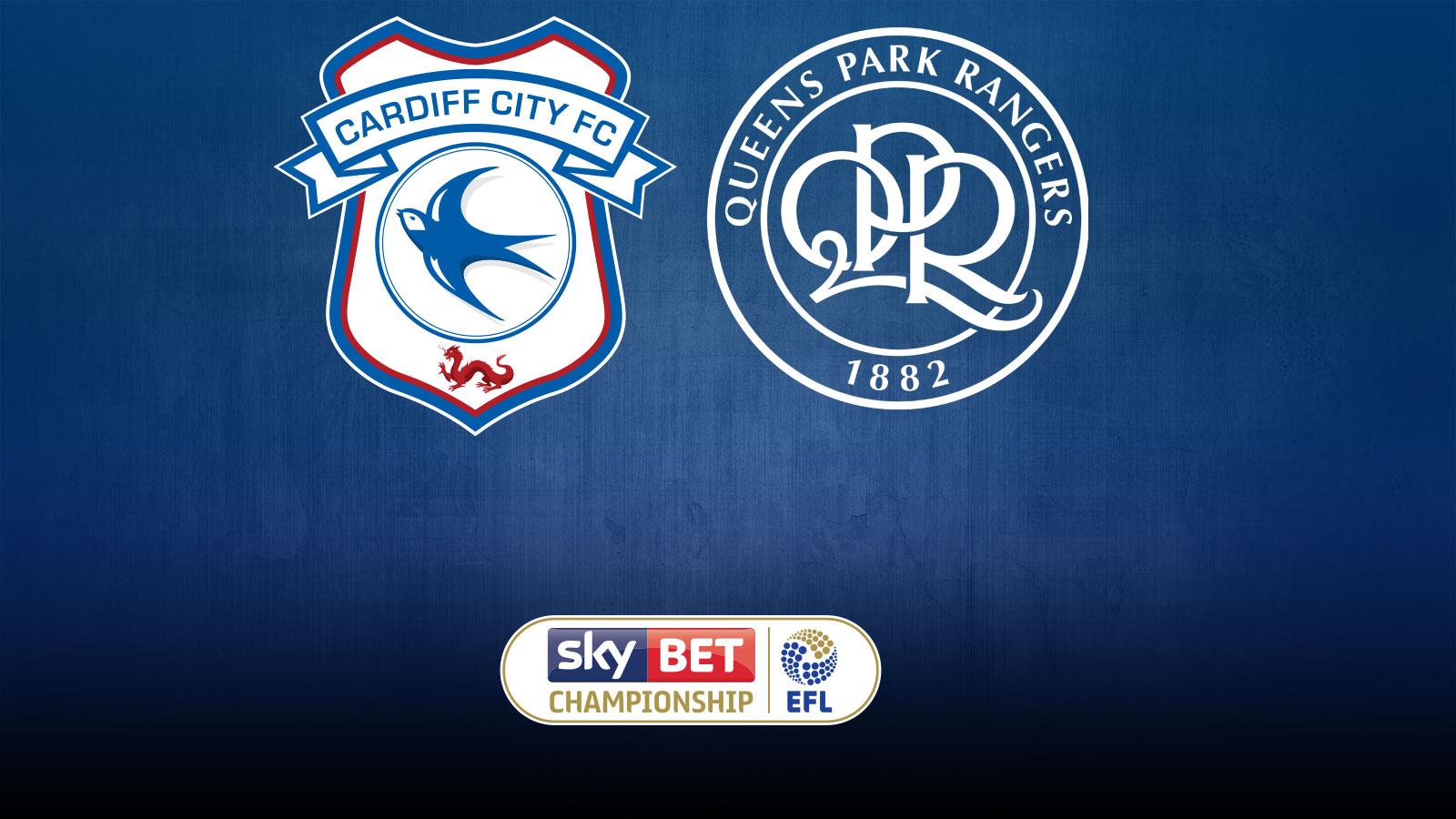 Cardiff City welcome Queens Park Rangers to South Wales for their first Sky Bet Championship home fixture of the season. The Bluebirds will be looking to build on their tightly fought draw away to Birmingham City last time out.

Click here to book your seat for City's first home game of the 2016/17 season at CCS!

The R’s had a solid campaign last season with Jimmy Floyd Hasselbaink, who took over from Chris Ramsey in November 2015, guiding them to a respectable 12th position, four places below the Bluebirds.

They have started this season well, however and recorded a convincing opening day win over Garry Monk’s Leeds United. Rangers won the match 3-0 at Loftus Road with Nedum Onuoha striking early and second half goals from Tjaronn Chery and Sebastien Polter sealing the result.

They followed up that result with a penalty shootout win over Swindon Town to progress into the second round of the EFL Cup and make it two wins from two heading into Sunday’s Cardiff City Stadium showdown.

QPR boss, Jimmy Floyd Hasselbaink, signed for the Bluebirds in 2007 and the striker went on to play a crucial role in City’s run to the FA Cup Final against Portsmouth. In the fifth round of the competition, he scored a spectacular goal against Wolves at Ninian Park to set up a quarter final fixture away to Middlesbrough.

Many players have represented both the Bluebirds and the R’s in recent years, including Fábio, Jordon Mutch, Steven Caulker, Heidar Helguson, Trevor Sinclair and City’s reigning Player of the Season, Matt Connolly.

Arguably the most notable meeting between the two sides at Cardiff City Stadium took place on 23rd April 2011. Both teams went into the lunchtime kickoff with automatic promotion very much in their sights.

The Bluebirds went ahead early on, thanks to a wonder striker from Jay Bothroyd who cut in from the right and sent his shot rocketing past ‘keeper Paddy Kenny and into the top corner. City weren’t ahead for long however and the R’s Adel Taarabt responded with a spectacular effort of his own four minutes later to level the contest.

Goal scorer, Bothroyd, then turned provider with his cross setting up Craig Bellamy to edge City back in front in the second half. Back came Rangers however and Taarabt was once more the man to haul his side level, the Moroccan turned well before beating Steven Bywater in the Cardiff goal from 15 yards out.

Another goal for QPR would have seen them seal automatic promotion but both sides had to settle for a point at the end of this enthralling contest.

RANGERS FACTS -    QPR were founded in 1886 after the merger of Christchurch Rangers and St. Judes Institute.
-    They were named Queens Park Rangers because most of their players came from the Queen’s Park area of West London.
-    They have played their home games in 18 different locations since they were formed in 1886, starting at Welford’s Fields and currently at Loftus Road, their home since 1963.
-    The R’s best performance in the FA Cup came when they were beaten finalists in the 1981/82 season. They have lifted the League Cup however, beating West Bromwich Albion 3-2 at Wembley in 1967.

DON'T MISS A MOMENT!LISTEN: Supporters can listen in live on Cardiff City Player HD* for all the action from City  vs QPR.