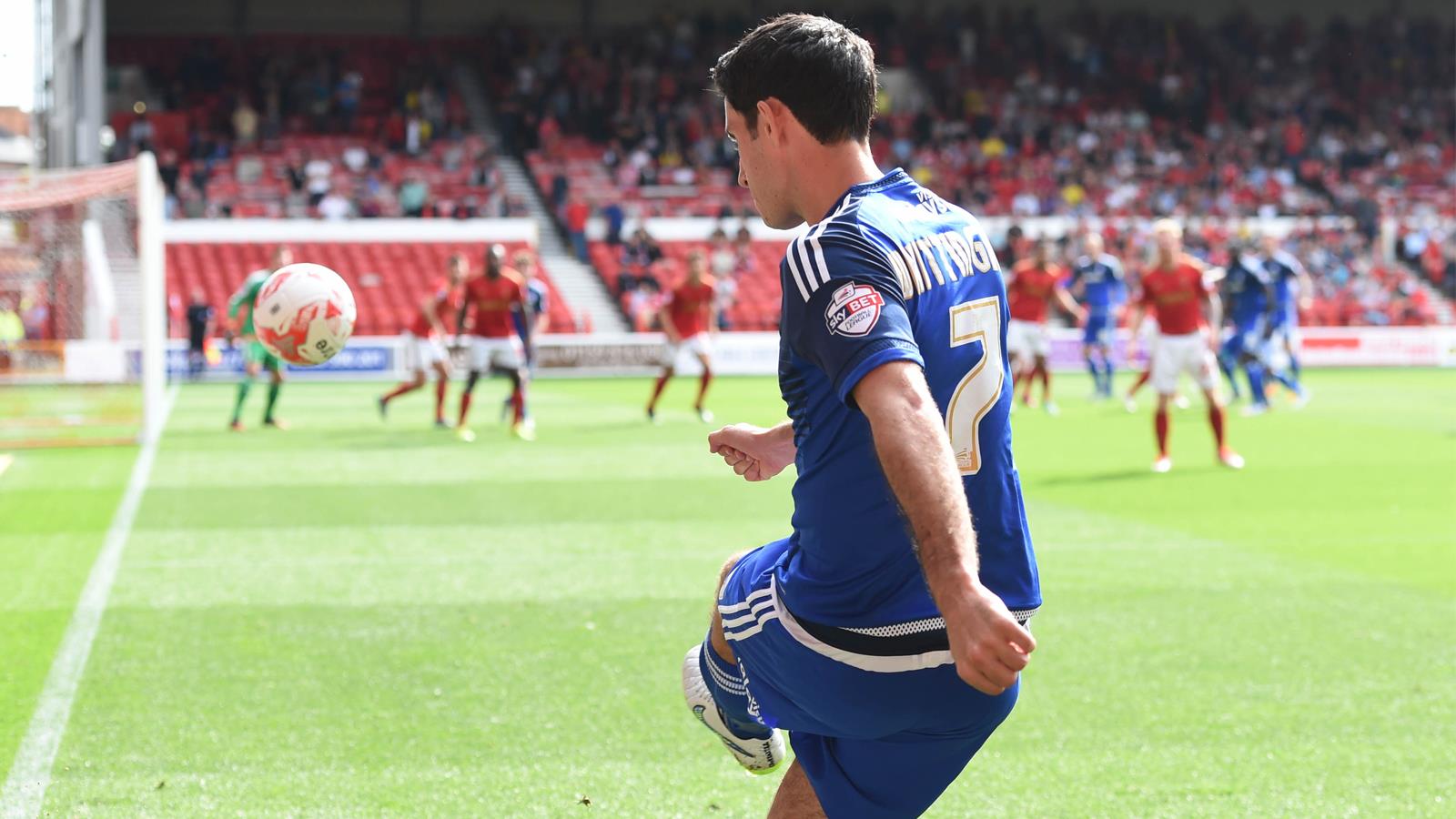 Club News
30th July
now remains until the Bluebirds' kick off away to Birmingham City! Today we've taken a look back at another relevant Cardiff City record...ONE WEEK Just
We're counting down to the kick-off of the 2016/17 campaign by taking a look back at memorable moments, matches and players featuring the numbers 1-11.


7 | THE BLUEBIRDS' CLEAN SHEET RECORD Last season, a run of games in October saw the Bluebirds pick up four consecutive clean sheets. However, our best ever run of consecutive League clean sheets came forty years ago, in 1976 – stretching over two seasons.

The Bluebirds team of 1975-76 competed in Division Three, and contained players such as Ron Healey, Phil Dwyer and Brian Clark.

After a shaky start to the season, City seemed to recover well – and a late run of determined defensive displays then propelled Cardiff to greater heights within the Football League.

After reaching fifth place, a run of clean sheets fired the Bluebirds up to second, where they stayed due to consistent performances during the home stretch of the season. The first match of our record-breaking run came on April 7th, 1976, with a 1-0 win over Preston North End. Striker Tony Evans grabbed the winner in that game, on the stroke of half time.

Another 1-0 win followed, this time at Selhurst Park, where an 81st strike from Adrian Alston maintained the good end of season form against Crystal Palace.

Next up was a return to Ninian Park, where a 2-0 victory over eventual league winners Hereford United was watched by 35,549. Doug Livermore and Alan Campbell struck to give the Bluebirds their third win in a row without conceding a goal.

The winning run did come to an end in our next fixture, although Healey in the Cardiff goal kept his 4th consecutive shutout. The 0-0 draw with Swindon at Ninian Park didn’t do any damage to the Bluebirds’ promotion hopes, as City remained in second place.

Then, a scoreless draw away at Peterborough United was another positive result, with City still on course for promotion going into the final day.

At Gigg Lane against Bury, the Bluebirds gained promotion with a 1-0 win, keeping a sixth clean sheet in the process! A sixteenth minute goal from Alston ensured that Cardiff would return to Division Two at the first time of asking, creating history in the process.

With not many summer changes, Jimmy Andrews’ side began the 1976/1977 season in the same form that they had finished the previous campaign, with a 2-0 win against Charlton. A brace from Derek Showers ensured that City got off to a great start. However, this was the last clean sheet that the Cardiff defence kept in their record-breaking run. Our next fixture saw the Bluebirds’ defence concede for the first time in 630 minutes.

At Ninian Park, City lost 2-1 to Bristol Rovers, with a former Bluebird ending our clean sheet achievement! Alan Warboys struck past Bill Irwin in the twenty-ninth minute, ending our seven match run of shut-outs. The Bluebirds went on to finish the campaign in 18th place, and remained in the Second Division until 1982.