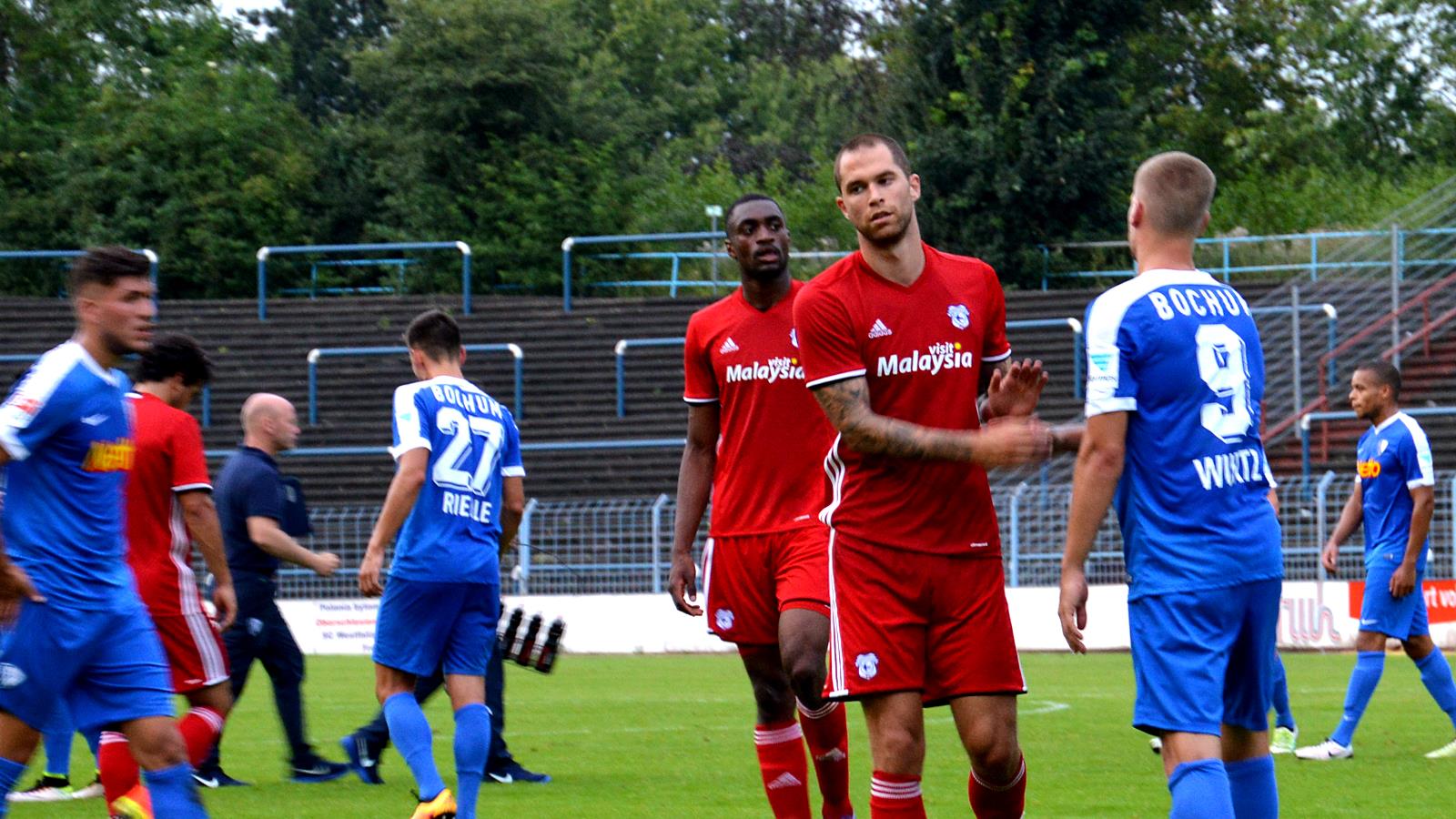 Cardiff City ended their tour of Germany with a 1-1 draw against VfL Bochum - extending their unbeaten pre-season in the process.

The Bundesliga 2 side started the sharper at Westfalia Herne's Stadion am Schloss Strünkede, even having a goal ruled out after twenty minutes when defender Felix Bastians was adjudged as having been offside.

But their pressure would eventually tell seven minutes later, as former Fulham man Tim Hoogland broke free from a corner to head past a helpless David Marshall.

City rallied though, establishing a bite about the game in midfield that suited them rather than their opponents. Ten minutes before the interval, Kenneth Zohore broke free to rattle a fierce effort off the cross bar, though the Bluebirds would have to wait until the second period before they would find a goal that their play deserved.

And within three minutes they were level. Frédéric Gounongbe showed excellent strength to turn defender Domink Wydra before being brought down by the same player - Wydra benefitting from pre-season refereeing lenience with a yellow card rather than the red he'd surely have season had it been a competitive fixture. Predictably, Peter Whittingham stood up, taking his time before slotting home left footed by substitute keeper Felix Dornebusche.

The game slowed as the hour mark came and went, City playing the better football and Whittingham coming close to doubling his tally with a trademark free kick that struck the angle of bar and upright.

Peniel Mlapa may have nicked it at the death, though the combination of a fine David Marshall save and overall defensive composure from a backline that saw young Tom James show maturity beyond his years over ninety minutes ensured that City would leave Germany in positive fashion - unscathed and one step closer to kicking off 2016/17 at Birmingham City.