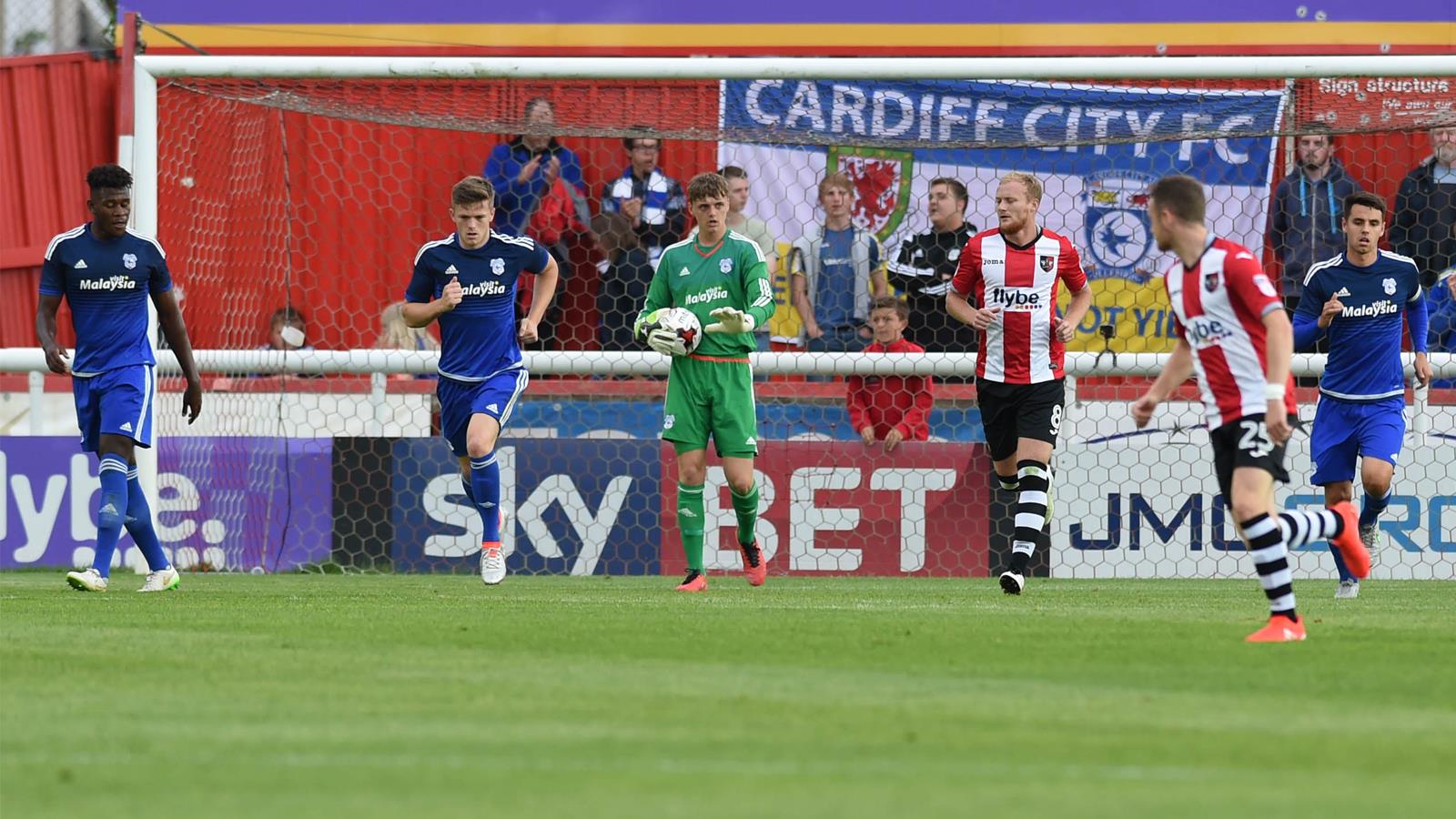 On a warm evening in the South West, the Bluebirds lined up in a 3-4-3 formation as they went up against the Grecians, who fielded a strong starting eleven at St James Park.

The Grecians controlled much of the first half in front of 1,166 fans, with two good chances falling to Robbie Simpson and Ollie Watkins within the first twenty minutes, the latter hitting City 'keeper Ollie Byrne’s post.

City struggled to make inroads into Exeter’s half, but battled well in midfield through Robbie Patten, whilst looking well-organised with their three-man defensive line.

However, the Grecians took the lead after 27 minutes when Lee Holmes slotted the ball into the left hand corner in front of the 132 travelling City fans.

City exerted some pressure toward the end of half, with Jamie Bird firing a deflected ball across the goalmouth. Two corners from City preceded the end of a first half that saw the Grecians going in with a 1-0 lead.

It was City who started the second half brightest, with Jamie Bird looking promising and making himself available. A few sharp moves from Tommy O’Sullivan from corners eventually led to Rollin Menayese heading wide.

But their bright start was to no avail, as Simpson’s towering header beat Byrne to double the Grecians advantage and give the young Bluebirds a mountain to climb.

Another of City's big chances in the second half came though Rhys Healey, who saw his shot from a tight angle bounce back off the post.

However, the game was put beyond doubt when Simpson scored again from a header after 64 minutes to give the Grecians a three-nil final score-line.