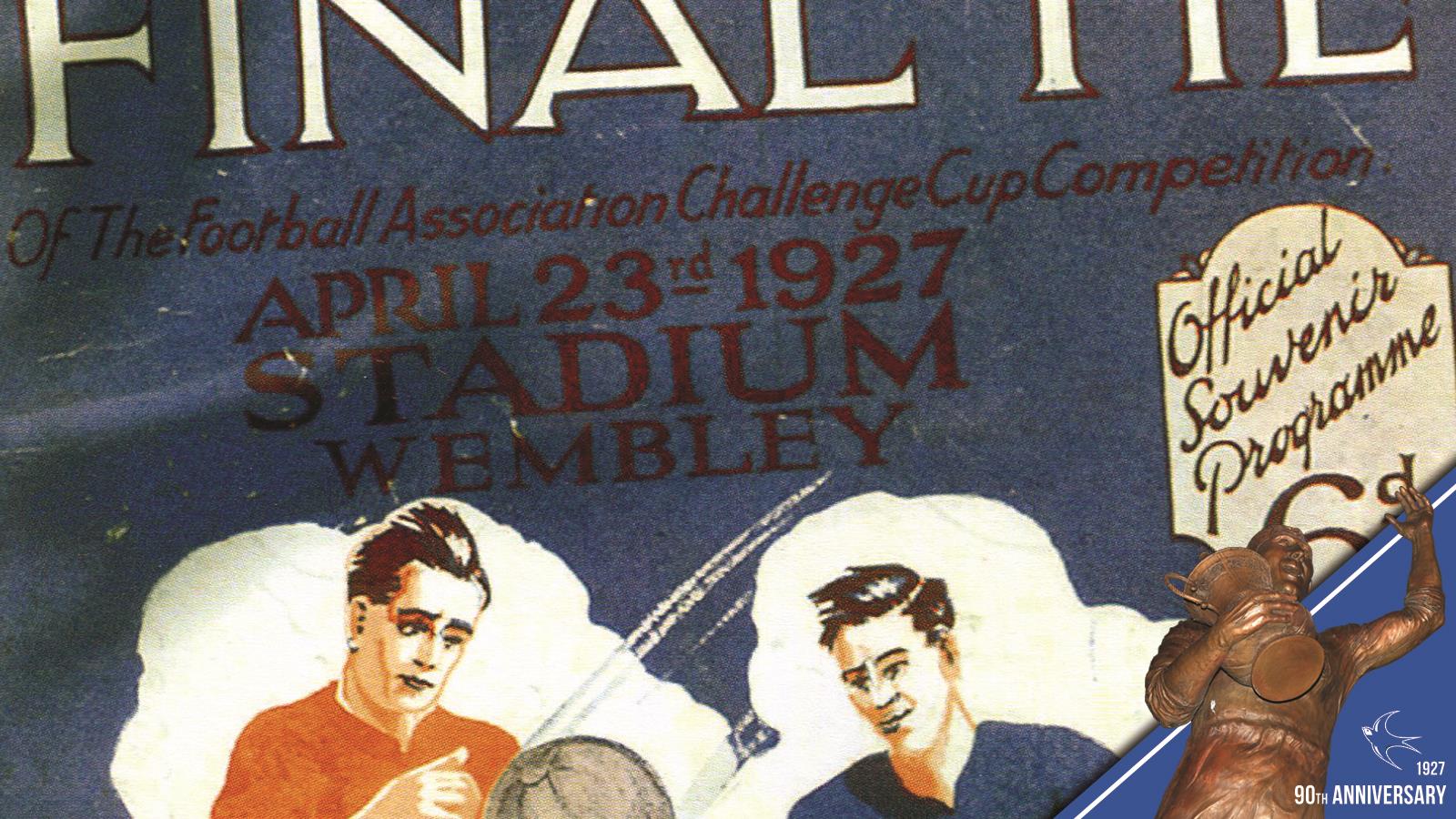 To celebrate today's 90th anniversary, we look at the local lads who played their part...

Cardiff City’s FA Cup triumph in 1927 sent the city into a football frenzy, with thousands of people lining the streets to welcome Fred Keenor and the squad home from Wembley.
Amongst them would have been hundreds of aspiring youngsters, who could only dream of representing their hometown club in a major Final.
But amongst the famous faces that took the Cup out of England were a small handful who had managed to live that dream - forever remembered as Cardiff’s home-grown heroes.
THEODORA STREET
The most famous of the ‘local lads’ was undoubtedly the Bluebirds’ skipper, Fred Keenor. Prior to the Wembley heroics which contributed towards Fred’s legendary status, he had a humble upbringing in the city, and lived in Theodora Street in the suburb of Roath.
Fred attended Stacey Road Primary School in Adamsdown, before beginning his nineteen-year spell as a Bluebird at the age of seventeen.
After retirement from football in 1948, Keenor settled in another City suburb, Whitchurch (where he built his own house), before moving to Kent. Fred returned to the Welsh capital in 1958, working in the Building Department of Cardiff Corporation, which was a predecessor of City of Cardiff Council.
CARDIFF CORINTHIANS
In the build-up to today’s anniversary, we read about Ernie Curtis’ unlikely rise from reserve team players to Cup final winner. Like Keenor, outside-left Curtis was also born in Cardiff, in 1907.
Having trained as an apprentice electrician whilst playing for Cardiff Corinthians, Curtis was persuaded to join the Bluebirds in 1926. Also similarly to our famous former captain Keenor, Ernie settled in the city after retiring from football, owning a number of pubs across Cardiff during the 1960’s.
A LITTLE PLOT IN SPLOTT
Going into the Final, the Bluebirds’ biggest attacking threat was posed by Len Davies, who remains the club’s all time top goalscorer with a mighty tally of 179.
Len was another homegrown hero, having been born in the Splott area of the city in 1902, but could well have pursued a different sporting lifestyle, having played youth cricket for Glamorgan County Cricket Club.
Having featured in our previous Wembley outing back in 1925, it was the forward’s attacking instincts which all but secured the Trophy in ’27; the pressure he applied on Arsenal ‘keeper Dan Lewis caused the stopper to lose concentration on Hughie Ferguson’s match-winning shot, which slipped from his grasp and into the net.
PART OF THE PICTURE
Despite not featuring in the Final, there were a number of other local lads who played their part throughout the 1926/27 season.
One such player was Frank Matson, who was born in Cardiff, and also played for Cardiff Corinthians in his youth career, before joining the Bluebirds in 1926. Matson also played for Newport County and Southampton in his time as an outside-right.
Many other triumphant Bluebirds grew up in the areas surrounding Cardiff, and enjoyed the honour of representing their closest club as part of the Cup Final squad. Elvet Collins was born in Bedwellty near Bargoed, and played for Rhymney Town before signing for Cardiff. Collins played as an outside-forward, and made 12 City appearances, earning 1 Wales cap.
Another Valleys boy was Willie Davies, who was born in Troed-y-Rhiw, Merthyr Tydfil. Davies played for Swansea Town before joining the Bluebirds in 1924; however, he missed the Cup final victory with a serious chest illness. Willie, who played as an outside-right, went on to play for Tottenham Hotspur and made 17 Wales appearances.