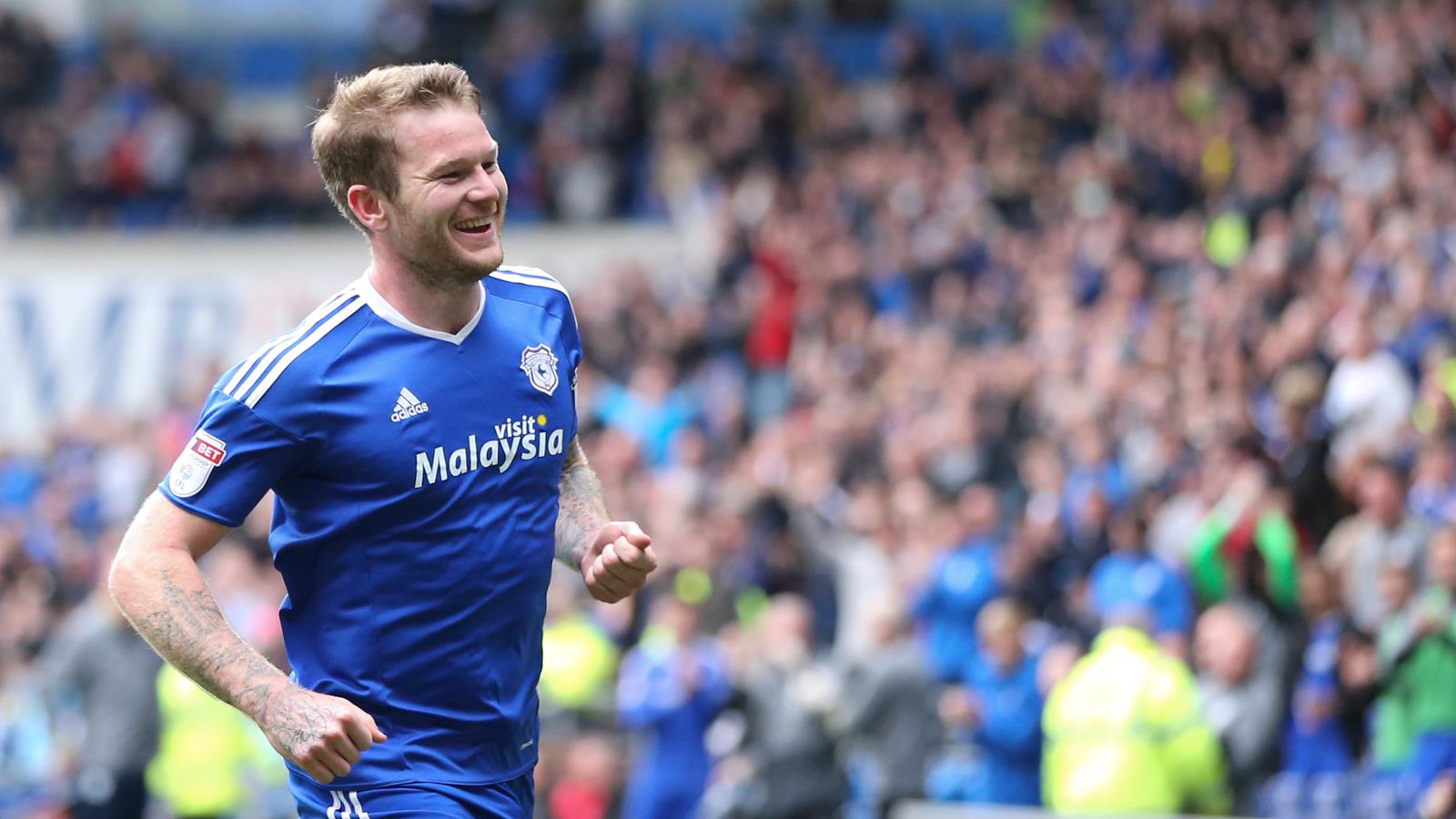 Aron Gunnarsson's sublime drive was the difference at Cardiff City Stadium as the Bluebirds beat Nottingham Forest 1-0 on Easter Monday.

The first big chance of the game fell to in-form striker Kenneth Zohore. Peter Whittingham found the Dane with a measured through ball but, after checking onto his left, big Ken saw his shot blocked by Forest’s Danny Fox.

Roles reversed minutes later when Zohore drifted wide before pinging the ball back to Whittingham in the middle of the park. City’s number seven controlled the ball thirty-five yards from goal before letting fly with a sensational strike that cannoned back off the bar.

City were looking composed in defence and manufactured plenty of chances in attack. Zohore played a smart one-two with Anthony Pilkington but the Republic of Ireland international saw his close-range effort blocked.

The visitors had yet to threaten in the final third until Mustapha Carayol twice worried Allan McGregor. First, the winger struck a vicious effort from outside the area that whistled past the ‘keeper’s post, before he rifled into the side-netting minutes later.

Forest came out of the traps quickly in the second half, keeping the ball in and around the Bluebirds penalty area. Midfielder Ben Cohen soon saw his shot deflected to Jamie Ward, who dragged his attempt wide. However, City were back on the attack within seconds as the lively Zohore let fly with a powerful effort that Jordan Smith did well to hold on to.

Zohore was once again in the thick of the action as the striker picked the ball up just outside the area before driving a venomous shot just past the post.

City then hit the bar for a second time when Whittingham’s free kick was diverted onto the frame of the goal by a Forest head. However, the referee had already blown for a foul in the build-up.

McGregor pulled off a great save at the other end as he got behind another drive from the visitors' danger-man Carayol to tip the ball over the bar.

On seventy minutes, the Bluebirds finally got their Easter Monday breakthrough – and it came in some style.

Kadeem Harris raced along the left with a probing run and saw his low cross cleared out to the edge of the area, where Gunnarsson was lying in wait. The Iceland captain had time and space to run onto the ball and drill a rasping effort into the corner of the net to give City the lead.

Captain Sean Morrison and Bruno Manga were looking assured at the back as Forest threw everything at City with the minutes ticking down. Their finest chance came as Carayol floated a cross into the area that was headed onto the bar by substitute striker Apostolos Vellios.

In fact, it was the Bluebirds who twice came close to doubling their advantage, as some good work from Joe Bennett and the newly-introduced Joe Ralls gave Hoilett an opportunity inside the area. The Canadian international could only curl his effort just over the bar, and minutes later was flagged offside when he deflected Zohore’s powerful strike home.

The Bluebirds didn't require a second strike though, as they held out for a hard-fought three points at CCS. Neil Warnock's men are next in action this Saturday, as they travel to face Wigan Athletic away from home.