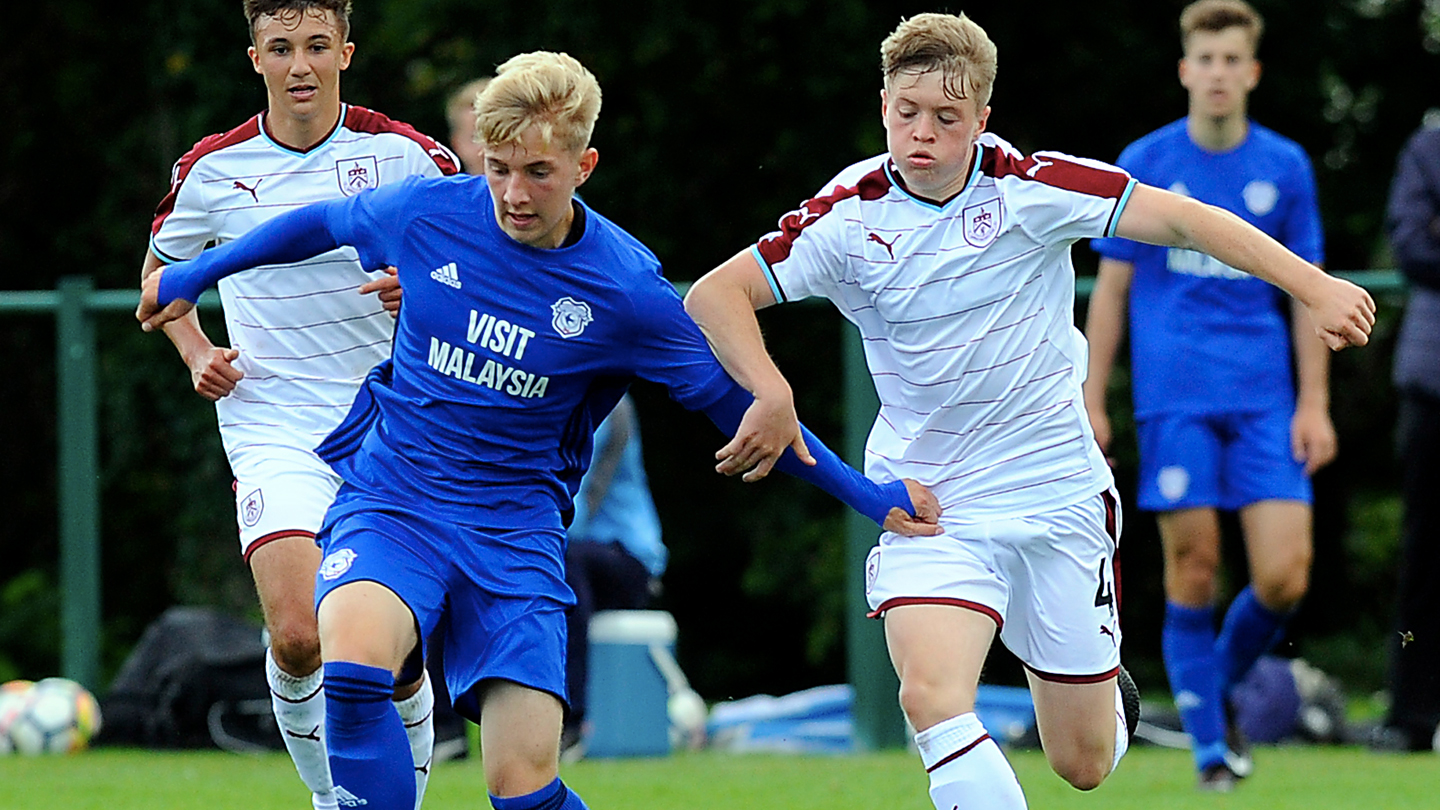 After drawing their opening PDL2 South fixture away to Hull City, Cardiff City’s U18 side hosted Burnley for an 11am kick-off at USW Sports Park on Saturday, 19th August 2017.

The visitors started the brighter of the two with a spell of early possession and a shot which deflected wide of George Ratcliffe’s goal. Jack Bodenham did a superb job to block Kian Yari’s effort inside the penalty area.

However, Yari did give Burnley the advantage in the eighth minutes. The forward finishing from close range after great play on the right from Tristan Jumeau. In the 17th minute, Michael Fowler extended the lead for the Lancashire side. Jumeau got another assist after his great vision picked out the forward who calmly slotted home.

With chances at a premium, City's determination paid off as they pulled a goal back in the 33rd minute. Isaac Davies was picked out after making a dangerous surging run in the middle. The young Bluebird composedly finished to reduce the deficit to just one goal. Three minutes later, Craig Bellamy’s young side almost grabbed an equaliser. Bodenham’s powering header was directed towards goal. Adam Bruce in the Burnley goal clearing to maintain Burnley's advantage.

The hosts started the second half on the front foot as they pushed for an equaliser. Cai Williams had a dangerous cross blocked after 48 minutes before Sam Bowen was unfortunate not to draw City level when his curling effort was saved remarkably by Bruce in goal. The midfielder went close again in the 66th minute with a shot outside the area that was caught by the keeper.

With ten minutes left of play, the young Bluebirds won a free kick just outside the opposition’s penalty box. Bowen stepped up to take it but his low effort deflected wide for a corner which was eventually dealt with by the visitors.

Not long after, substitute Kieron Evans had a goal disallowed for offside after great build up play from the Bluebirds. Three minutes later, City had another debatable decision go against them as a second goal was ruled out for offside. Trystan Jones this time had a stunning effort reach the back of the net only to be chalked off.

The Bluebirds has one final chance to draw level late on, Sion Spence firing at the goalkeeper at close range. Bellamy's side will be looking to bounce back next Saturday when they travel to Nottingham Forest for a midday kick-off.